OPINIONS Aussies interests in China differ from US: Former envoy

Aussies interests in China differ from US: Former envoy 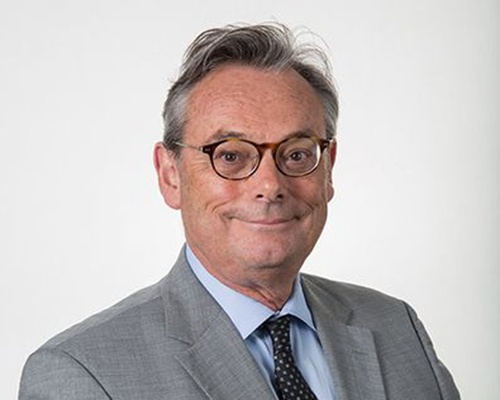 The China-Australia relationship has entered its rockiest period in decades - this is evident to all. As observers are trying to map out what is going wrong, anger and mistrust between people from both countries has been simmering. Over the past few months, Chinese have watched Australia closely follow the US steps to contain China. It has seen Australia calling for an independent inquiry into the origins of COVID-19 and participating in US-led strategies, including the QUAD and Malabar Exercise. Some rational voices in Australia are calling upon the country to rethink its China policy. But how? Is there a key to unlocking current tensions in bilateral ties? Geoff Raby (Raby), former Australian ambassador to China, shared his insights with Global Times (GT) reporter Li Aixin over the issues.

GT: During your term as Australian ambassador to China, Canberra was pursuing balanced diplomacy and was deepening ties with Beijing. But things have changed a lot in these recent years. Have you expected this? What do you think are the reasons behind the change?

Raby: The big change over the past decade has been China's extraordinary economic ascendency and the unprecedented global power shift in terms of scale and speed that has accompanied this. Reflecting this, China has begun behaving like a great power and pursued a muscular and assertive foreign policy. Great powers do these things. What was unexpected that it would all happen so quickly. China's ascendency has challenged the US's dominance and the US has chosen to push back against China, as dominant powers usually do.

GT: In your new book, China's Grand Strategy and Australia's Future in the New Global Order, you noted that Australia should look at China, "as it is, not as some fear it might become." In a recent interview, you also noted, "China is not Australia's strategic enemy." This is different from the rhetoric quite a few mainstream Australian media outlets and politicians have been voicing lately. To what extent, do you think, would mainstream Australian society accept this view?

Raby: It is difficult to generalize about "mainstream" Australia, but I would think if we had a more balanced public discussion in Australia, which is what the book seeks to do, that most people would be quite pragmatic, recognizing the legitimacy of China's rise and the benefits for Australia, while wanting to ensure Australia's way of life is not threatened. Assertive behavior by China, however, can quickly be used to create China-scare campaigns in the popular media and in social media.

GT: Do you think the result of the US presidential election will bring about changes to China-Australia ties?

Raby: It will depend mainly on what happens in China-US relations. The tone of US-China relations will change and the US will want to engage with China across a range of multilateral issues. The US will continue to resist China's ascendency so tensions will endure, making for difficult choices for Australia.  A change of tone in the US-China relationship will create space for some repositioning for Australia which seems already to have begun. The need for Australia to develop a more authentic, independent, foreign policy seems to be gaining in support.  Australia needs to be aware that over the next couple of years, the US and China may reach accommodation as great powers often do in their own interests.

GT: You suggested Australia not to align itself so closely with the US and adjust its mind-set and policy toward China. Do you have specific suggestion on how to do it?

Raby: Australia has in the past been able to maintain foreign and security policies that balance Australia's security interests with the US and its economic interests with China. With China's continued rise to become the dominant power in East Asia, this has become more and more difficult to maintain. Australia is facing more challenges in this respect and needs to find ways to 'thread the needle'. First, Australia needs to decide whether China is a strategic competitor or a strategic cooperative partner.

Second, Australia needs to recognize that its interests in the China relationship are not the same as the US'. While all countries want China to respect the interests and territorial integrity of smaller countries, and to adhere to agreed international rules and norms, the interests of the dominant power (the US) when dealing with the ascendant power (China) will be different. Australia needs to work with regional partners on a transparent hedging strategy on China, while endeavoring to find as many ways as possible to work cooperatively across the full range of issues where we have common interests.

GT: Do you think there may be a key to unlock the current tension in bilateral ties? Is there a field where joint works between the two countries could turn the table of the worsening relationship? If so, what would that be?

Raby: A number of things could be done now. Australia and China could agree on a travel bubble for students and businesspeople since both countries have done so well in controlling COVID-19. Australia and China are working together in the WTO to repair the dispute settlement mechanism, they should together set about developing a forward agenda for WTO reform. They could work together on a major cultural event, such as one around the Chinese contemporary artists in Australia. They should as a matter of urgency review and bring up to date the bilateral understanding on managing Australia-China relations.