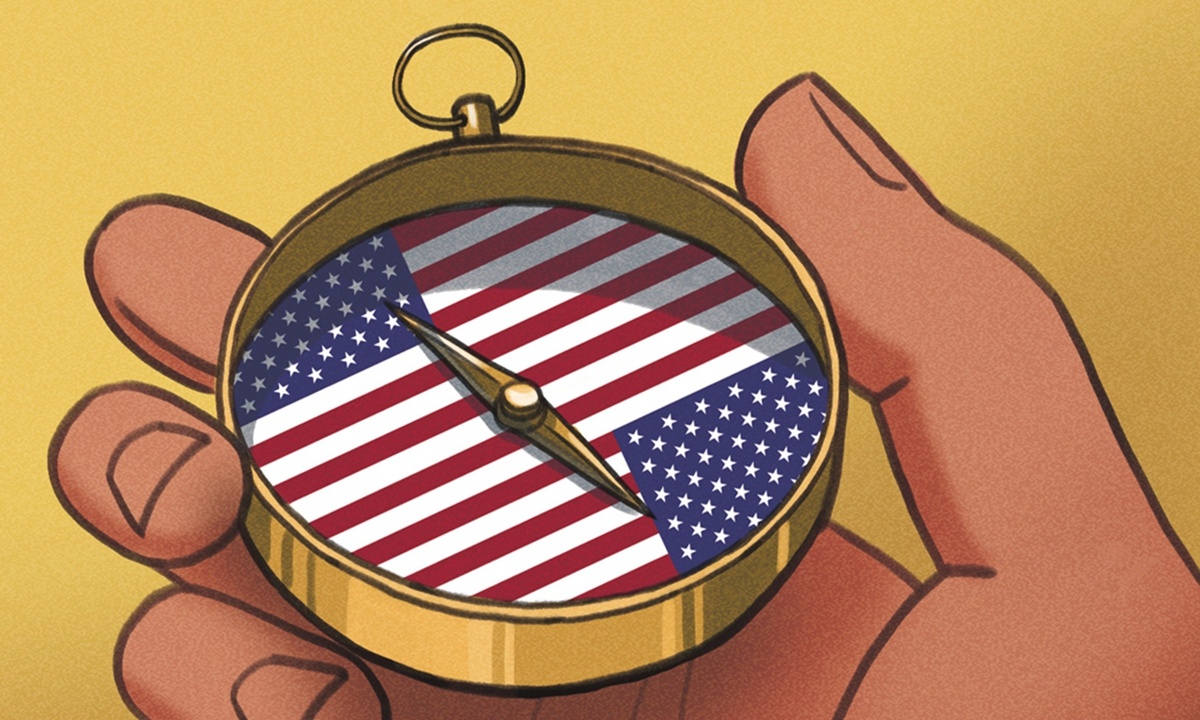 In an editorial on Wednesday, the Sydney Morning Herald cast light on "America's falling prestige." It pointed out that the US is still Australia's most important military ally, and that Australians feel a close affinity with much of American culture, but "the confusion in US politics and society cannot be ignored." "Australia should consider hedging its bets by broadening our ties with like-minded nations," the newspaper stressed. But the question is: Can the Australian government figure out what Australia's best interests are?

Australia and the US have a special relationship. This is particularly true when it comes to Australia's relations with China. More and more analysts and observers believe Australia's current China policy displays a lack of independence, and in lockstep with the US. China-Australia relations have been deteriorating rapidly, mainly because Australia has blindly joined the US bandwagon in provoking China, without pausing to question whether this is in Australia's interests.

From being the first to ban Chinese tech giant Huawei from its 5G rollout to following the US lead in rejecting China's territorial and maritime claims in the South China Sea, Australia has served as a US pawn to create trouble for China, which has damaged its independent policymaking. China and Australia are locked in spiraling tensions. Australian intelligence agents illegally raided the homes of Chinese journalists recently, and Australian police accessed the communications of Chinese diplomats,  at the excuse of foreign political interference investigations, both of which are nothing but barbaric and slanderous acts. It's fair to say that China-Australia relations are a microcosm of China-US relations. The former is deteriorating in almost all the areas that the latter has worsened.

It is hardly convincing to say today's Australia is a country with an independent foreign policy. Under US influence, Australia's China policy has become increasingly irrational, extreme and hysterical.

Let's take a look at what kind of a country Australia is serving. The Trump administration's incompetence in dealing with the coronavirus epidemic as well as its trampling of multilateralism are resented by the international community. As a US pawn, Australia's reputation will also be tied to the falling prestige of the US. Since the Trump administration is unreliable and selfish, and cares little about the interests of its allies, Australia could easily become cannon fodder for the US at some point.

In fact, more and more Australians view the US unfavorably. The latest survey by the Pew Research Center found that just 33 percent of Australians have a favorable view of the US, the lowest on record, down from 50 percent a year ago. Some Australians have begun to reflect on whether Australia has gone too far in following the US in its China policy, but whether these voices can influence the country's policymakers remains unknown.

Australia should know that China will respond if Canberra keeps provoking and harming China. Australia has to bear the consequences. Economic and people-to-people exchanges will be affected amid strained relations. This is the price that Australia has to pay, which could be avoided if the country takes on an independent and rational policy toward China.

It's hoped that the Australian government would realize as soon as possible that worsening relations with China for the sake of an ally with a declining reputation is a stupid decision from which they stand to lose more than gain.