Australia overestimates its influence to ‘counter China’ in Southeast Asia 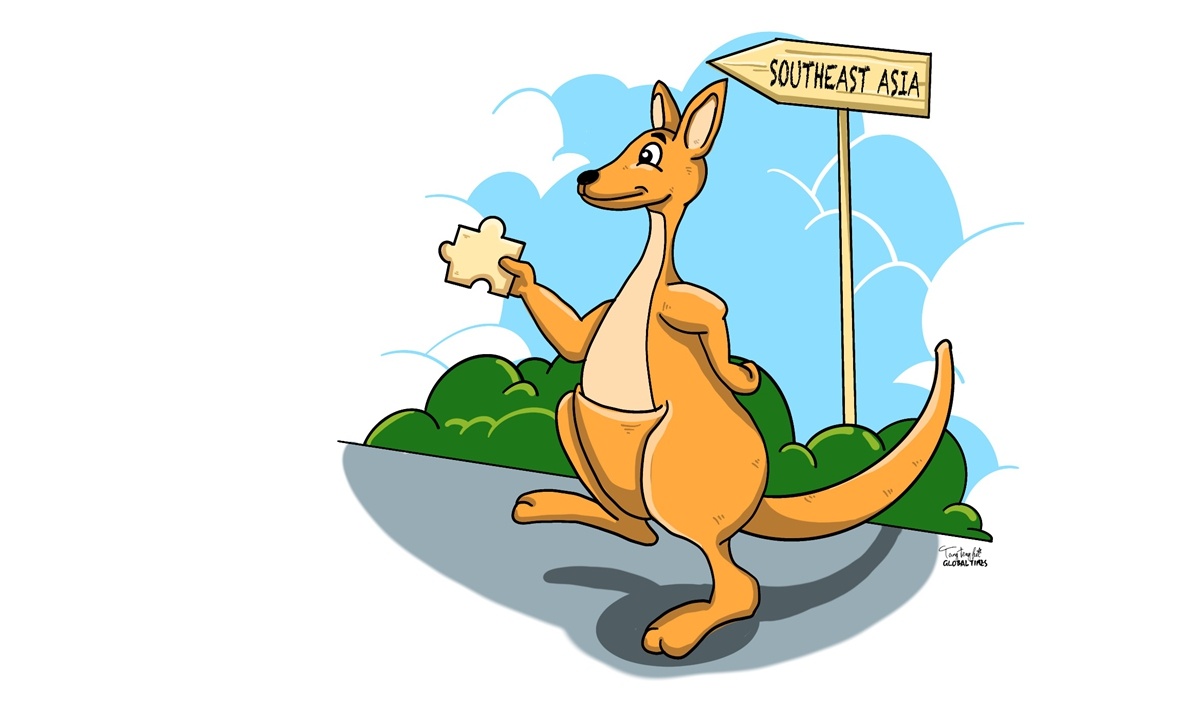 According to the Sydney Morning Herald on Monday, Australia is finalizing a Southeast Asia package worth hundreds of millions of dollars to help turbocharge Southeast Asian economies in a "direct challenge to China's growing influence in the region."

But, what exactly is behind the move?

The relationship between China and Australia has been falling in a downward spiral as of late, and current trends might continue for at least until the end of the Australian 2021 fiscal year in June. By then, the side most hurt from the deterioration of bilateral economic and trade relations will become clear, and those with positive and more rational views on Australia's relations with China will feel their voices becoming louder.

Due to the suppression of domestic right-wing forces and some foreign forces interfering in Australia's domestic affairs, it is very difficult for the country's rational voices to be heard in Australia under the current circumstances. China, right now, has to be patient with China-Australia relations.

Given the current context, certain Australian forces and the US want Australia to play a greater role in the Asia-Pacific region. Particularly as the US faces the upcoming general election and American society has been torn apart, the US hopes that Australia, as its "deputy sheriff," will pay more attention to Southeast Asia.

With the transfer of labor-intensive industries to Southeast Asia, the region will actually go through a similar path to China; that is, it will also require continuous industrial upgrading. In this process, the demand for capital, technology and infrastructure will be huge. China's help alone cannot meet the development needs of Southeast Asia.

In this case, Australia's support and investment in Southeast Asia should be welcomed. But how much can Australia really afford to pour into Southeast Asia? Until now, details are unknown. But Australia is, in reality, not able to offer much to the region.

Australia is currently facing its worst economic contraction in history. Its economic situation is so grim that, in 2020, the IMF predicts it will experience negative growth. Despite this, Australia has committed to increase its military expenditure to 2 percent of its GDP by 2020-21. It has also increased its assistance to nearby Pacific Island countries. Australia has clearly stated that it would "step up" its aid to the Pacific Islands as a response to the growing power of certain "emerging powers" in the region. However, many scholars in Australia have already pointed out that this emerging power is actually China.

But Australia is still considering to invest more into Southeast Asia. Australia's total GDP was 1.4 trillion US dollars in 2019, which was less than that of South China's Guangdong Province. The fact that it has to bear so many external burdens and constantly increase its input in other regions will cause great economic pressure for the land Down Under.

The author is chief research fellow at the research center for Pacific island countries of Liaocheng University in East China's Shandong Province.