Australia paying the price for prejudice 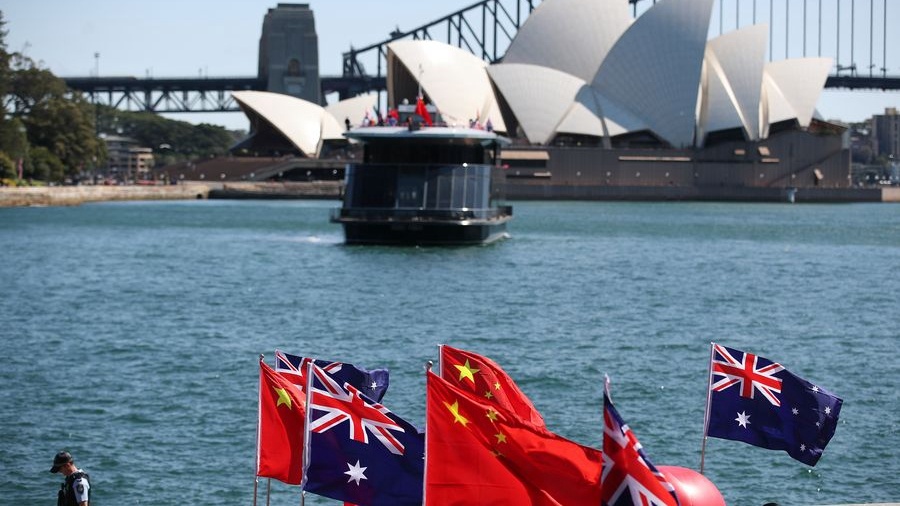 Statistics show both Chinese investments and students in Australia registered a considerable decline in 2020. The raging COVID-19 pandemic may have played a significant part in this, but the anti-China policies adopted by Canberra and the widespread anti-China sentiment in Australia, which have plunged bilateral ties to their lowest ebb in years, were also to blame.

According to new data released by Australian National University on Sunday, Chinese investments in Australia plummeted by more than 61 percent in 2020. The drop, which followed a 47 percent fall in 2019, was the steepest over the past six years.

The significant contraction in both Chinese investments and the number of Chinese students studying in Australia will undoubtedly hurt the Australian economy. With the conclusion of the negotiations on the China-EU Comprehensive Agreement on Investment and a separate upgraded free trade agreement between China and New Zealand in place, Chinese investors will have no shortage of friendlier hosts for their investment.

For Australia, the flight of Chinese investment is not a good omen. As many people have already pointed out, Chinese companies' investments in Australia have made great contributions to the country's economic development and people's livelihoods and employment.

As to Chinese overseas students, who used to buttress Australia's education sector, the fourth biggest industry in Australia, many will switch to other countries, such as the United Kingdom and Singapore.

As such, if Canberra does not want more blows to come, it needs to fully reflect upon and adjust its policy stance toward China. Not only should the Australian government stop interfering in China's internal affairs but also its society should not tolerate the Sinophobic sentiment that has poisoned the atmosphere for bilateral cooperation.

The essence of economic and trade cooperation is mutually beneficial as proved by the win-win results it has nourished over the years. The Australian government needs to cultivate a fairer playing ground for Chinese investors and nourish a healthy social atmosphere that treats Chinese students in Australia without bias.

Obviously, if Canberra really wants to welcome back Chinese investors and students, it should create conditions conducive to cooperation.