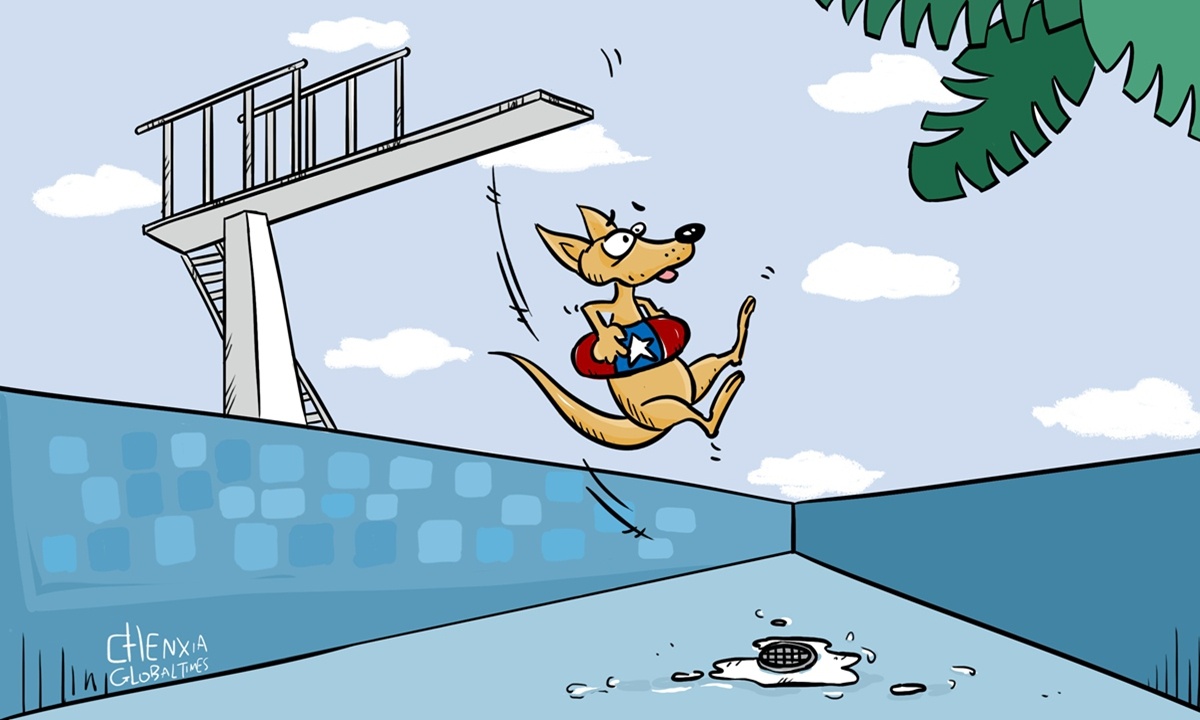 Pauline Hanson, leader of Australia's far-right party One Nation, on Monday called for Australians to boycott Chinese products this Christmas. She and her ilk behave not even like a paper tiger, but a hysterical paper cat. By seriously asking China to look out for itself, they make Australia look like the recent Chinese online celebrity martial arts "master" Ma Baoguo, who is just strong in appearance but weak in reality.

Australia holds an extreme ideology. Its political elites lean toward the US and follow the most extreme anti-China policies in the Western world. They fundamentally changed the friendly attitude Chinese society had had for Australia. They do not reflect upon themselves, but assert that China is bullying Australia. There is no reason between China and Australia now. Chinese society is ready to let bilateral relations be.

We would like to tell Australian politicians like Hanson that they have overestimated Australia's importance toward China, and have mistaken the fact that Australia relies China more in their win-win cooperation. We don't want to insult Australia and its people, but we do despise extreme politicians like Hanson. They seem to be living in a century ago and do not have a clue of the contemporary era.

Given the size of Australia's economy and Australia's trade surplus with China, the land down under is way too arrogant when taking boycotts of Chinese products as a weapon against Beijing. By pretending to harm themselves, are these Australian politicians threatening China?

Australia often uses the term "values" recently, as if their values are nobler, and as if any dispute with Australian values is China's offense to the country. China has its own values as well, and our values have created a civilization that has lasted for thousands of years. But how long have Australia's values lasted? Where does its pride come from?

Australia's performance toward China has been full of evil. Australia initiated the attack and has played as the henchman of the US. In the growing estrangement between China and Australia, Australian public opinion has complained about China, and Chinese public opinion will have no fewer complaints about them.

There is no reason for China to continue appeasement toward Australia. Chinese society strongly advocates resolute and lasting punishments against Australia and to let the world see clearly - one will eventually pay a price for taking the US side and requiting kindness with ingratitude toward China.

If Australia's values do not include respect for a country with a population of 1.4 billion, Chinese society will help the Australians establish such a concept, regardless of how long it will take. We have enough patience.

How China-Australia frictions will evolve has limited meaning for China. China will have overall confidence and calmness in relations with Australia. No matter how Canberra creates a disturbance or tries to use Western leverage against Beijing, we have sufficient capital to remain unmoved.

Morrison has often had it both ways recently, and we believe Beijing does not want to guess what Canberra really means anymore. Australian politicians are way too opportunistic. They show their arrogance in a barbarous way, and they pretend nothing has happened so as to pursue their profits. The Morrison administration is not a ruling team that is serious and trustworthy in relations with China. This is the Chinese people's general impression.