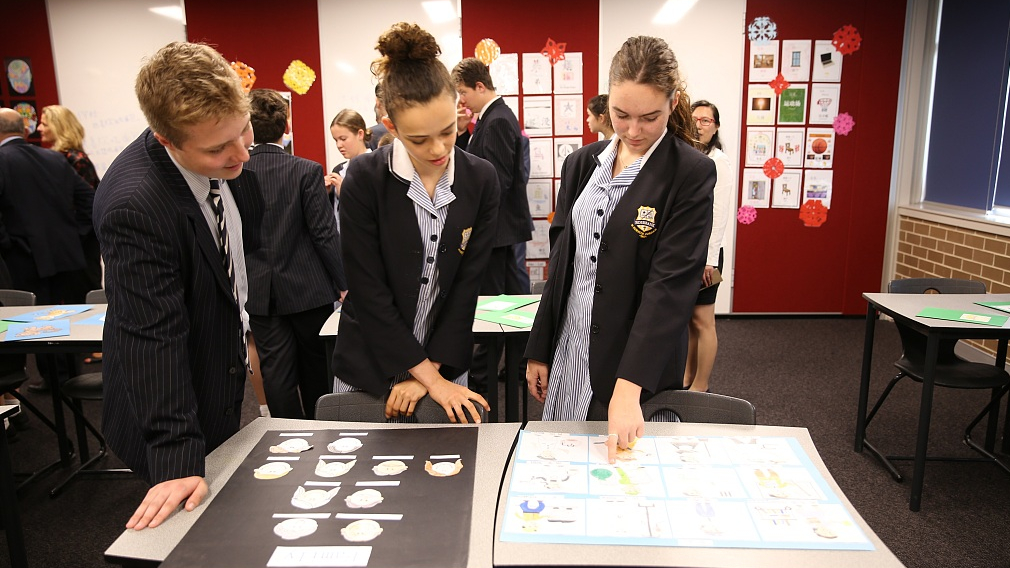 Editor's Note: Tom Fowdy is a British political and international relations analyst and a graduate of Durham and Oxford universities. He writes on topics pertaining to China, the DPRK, Britain, and the United States.

Over the past few weeks, largely owing to the fallout of Hong Kong protests, the atmosphere toward China on an educational level in Australia has become overwhelmingly negative.

As a report by 7news.au noted, "The Chinese Communist Party has a solid foothold on Australian university campuses," and as the report's content shows, students and programs such as Confucius institutes are now being openly demonized by academic communities and government officials.

Earlier this week, the state of New South Wales announced that it would be ending its partnership with Chinese sponsored Confucius institutes, accusing them of spreading propaganda and stifling freedom of speech.

Meanwhile, leading University of Sydney Professor Salvatore Babones and others have claimed that Australian universities are becoming over-reliant on Chinese students for revenue, while notorious anti-Chinese lecturers in the country such as Kevin Carrico claimed that "we should not let dictatorships teach our children."

Although the recent surge of paranoia and resentment of China in Australia is not new, it is now reaching a breaking point which seems to reflect classic "yellow peril" racism.

A great deal of the hysteria is rooted in locals being too quick to dismiss China's perspectives, rejecting reactions from students as mere state-sponsored "interference."

For a nation that relies heavily on economic incentives from China, it is going to become more and more difficult for Australia to adequately maintain stability in its relationship with Beijing, something which it cannot avoid as a pacific nation.

Australia has a long history of what we might call the"yellow peril" or an unfounded fear that the country would one day be overrun by a large number of Chinese who would be opposed and threatening to Western values.

The fear of a Chinese "ethnic takeover" in Australia has embedded itself in the institutional racism of the early 20th century Australian state and contributed to the creation of the"White Australia" policy whereby discrimination and a preference for white-only settlers were rife.

Although this policy is long gone, as China's role in the world increases, Australia has found itself increasingly unable to tolerate closer interaction with Beijing on level terms.

The role of China has increasingly been branded as threatening, and in turn, the Chinese themselves have been increasingly scapegoated as a malign foreign influence having a perverse effect on the country. What has exacerbated these problems is the inability to understand the perspective of many Chinese students within the country and dismissing their views as mere directions of the state.

The events in Hong Kong have proved to be a boiling point for this, not helped by the media. It has been inconceivable to most in Australia, and of course the Western world as a whole, why Chinese students may feel angry and passionate against Hong Kong demonstrators and want to hold counter protests.

As liberal ideology typically dismisses opinions contrary to its own as inauthentic, the response was to brand these events as nothing more than state-orchestrated propaganda. While glorifying Hong Kong activism, the media sought to portray these demonstrations in the worst possible light to steer public discourse against them.

The result is that now Australian contempt for Chinese students is being sent off the charts, with all the aforementioned talk of "over-reliance" and "foreign influence."

The problem is, however, that Australia necessitates stable ties with China as part of its national economic platform and cannot avoid it. Also, with domestic student numbers low, universities would stand to lose up to a quarter of their income if the situation deteriorates.

Thus, despite the unfavorable attitude toward China on an official level, politicians seem to acknowledge the importance of economic ties with Beijing, even disapproving of America's trade war.

In this case, while Australia will likely continue to have many cultural and ideological differences with China, Canberra must nevertheless pursue balance and levelheadedness in moving forward with Beijing.

The open hostility and demonization of Chinese students and other educational ties are wrong, counterproductive and dangerous. A red-scare or perhaps more suitably termed "yellow peril" campaign will ultimately prove more detrimental to the country's national interests in the long run.