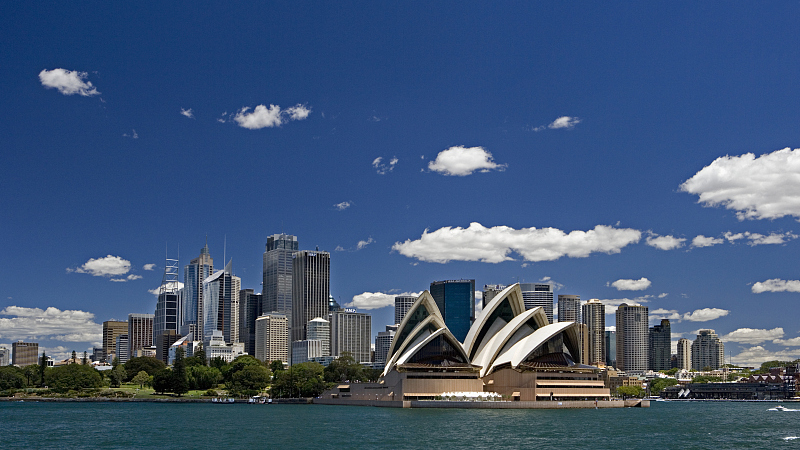 Editor's note: Daryl Guppy is an international financial technical analysis expert. He has provided weekly Shanghai Index analysis for Chinese mainland media for more than a decade. Guppy appears regularly on CNBC Asia and is known as "The Chart Man." He is a national board member of the Australia China Business Council.

Australia-China relations endured nearly a decade of decline but they are now showing evidence of improvement under the new Australian government.

For almost a decade the formulation and direction of Australian foreign policy became increasingly determined by the security services. These same advisors now sit beside the new ministers and they continue to play the same tune. The bureaucratic drag of a decade is not easily changed but there are positive signs of change. There are four events which suggest a new arc of Australian diplomacy.

First is the enthusiastic embrace of foreign policy initiatives in the first weeks of the new government. Attendance at the QUAD meeting in Japan was fortuitous in its timing, but the fact that it was made a priority was the first indication that Australia was stepping more actively into developing a better foreign policy approach.

The second event was instigated by Australia's new Foreign Minster Penny Wong with not one, but several visits to the Pacific Islands. These visits lacked the belligerence of Australia's previous approach to the affairs of these islands. Wong was clear about the new directions of Australia's relationship, with its greater emphasis on the impacts of climate change and more importantly, on working with the region on a cooperative basis built around the priorities of the region rather than solely around Australian priorities.

The third event came with the Australian Prime Minster Anthony Albanese's visit to Indonesia. The primary focus in reporting was around the improvements to the bilateral trade relationship. But also important was the commitment to work more closely with Indonesia and other ASEAN partners, and to develop cooperative policy approaches. This was consistent with Foreign Minister Wong's message to the Pacific islands.

However, the most significant aspect of this visit came in reply to media questions. Prime Minister Albanese confirmed Australia would attend the G20 meeting in Indonesia even if Russia also attended. Albanese acknowledged it was Indonesia's decision to decide if Russia would be invited and he supported Indonesia President Joko Widodo's decision.

This was the first time in years that Australia rejected a U.S. policy decision and its pressure to comply with U.S. policy. This is no small change. It is the first bud of an independent Australian foreign policy. Such a policy change does not mean constant disagreement with the United States. Albanese's comments in Indonesia have indicated that Australia will no longer slavishly follow U.S. policy decisions. It is a small step towards restoring Australia's credibility in the region.

From such small steps, major decisions will flow in an expanding arc of diplomacy.

Anthony Albanese, Australia's prime minister and leader of the Labor Party, during a ceremony at the Government House in Canberra, Australia, May 23, 2022. (Photo: CFP)

The fourth and most significant event to date is the meeting between Australian Defence Minister Richard Marles and his Chinese counterpart Wei Fenghe on the sidelines of the Shangri-la Dialogue in Singapore. While the content and tone of the meeting are important, what is more significant is the fact that the meeting took place at all. It is a concrete step to open a dialogue that has been limited for several years.

Marles said the meeting was "hosted by China" and was organized after the two ministers were seated together at a dinner on Friday night.

"We want to take this in a very sober and deliberate manner. We don't underestimate the difficulties we've had in our bilateral relationship," Marles said. The discussion did nothing to change the areas of difference between Australia and China, but they were able to discuss areas of agreement, thus providing a path forward.

Upon his appointment to Canberra, the new China Ambassador to Australia Xiao Qian noted that China hoped for an improvement in Australia-China relationship. This offer was curtly ignored by the previous government but the offer remains open. Chinese Premier Li Keqiang sent a letter of congratulations to the new government and said that China was "ready to work with the Australian side to review the past, look into the future, and uphold the principle of mutual respect and mutual benefit."

These straws in the wind are small steps and there are no guarantees that they will develop into larger steps. That path requires the exercise of deft diplomatic skills that were allowed to atrophy under the previous government. However, it is clear that the new Australian government has an inclination towards diplomacy. It is this preference that provides real hope for a sustained improvement in the Australia-China relationship and the former's relationship with the ASEAN region.