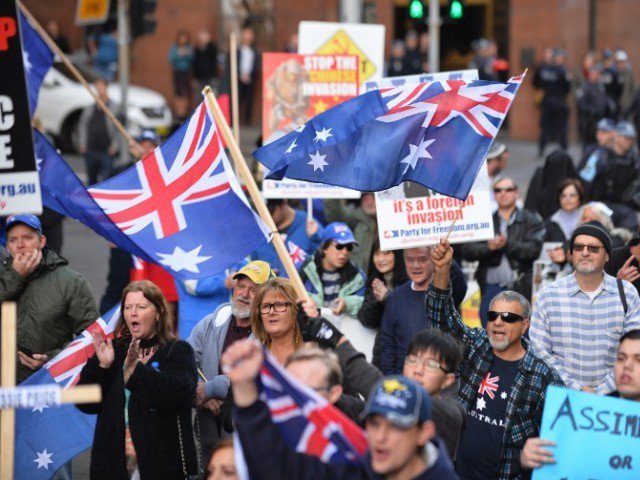 A recent article of BBC, "Is racism worsening Australia's China influence row?" suggested that the "China influence" debate is at risk of becoming racist. The opinion piece quoted an Asian Australian as saying "it almost feels like a lynch mob has been sent to question each and every one of us Chinese Australians about our loyalties."

Australia's paranoia over China can be attributed to its entrenched practice of racial discrimination.

During the Australian gold rushes, white Australian miners started to show their resentment toward hard-working Chinese laborers. Take the Buckland riot, an anti-Chinese race riot on July 4, 1857. About 100 white miners in the goldfields of the Buckland Valley, Australia, attacked Chinese settlements and the latter were beaten, robbed and driven to the other side of Buckland River.

Chinese are but one group in a list of victims of Australia's discrimination. Since the 1860s, a large number of Pacific Islanders have been lured to Australia as low-wage workers, only to later be forcibly expelled by practices such as the White Australia Policy whereby people of non-European descent were barred from immigrating to the country.

Even today, Australian conservatives still believe that only white people, especially those from Europe and the UK, are genuine Australians.

The White Australia Policy was abolished in 1972. But real equality can hardly be found in the country until today. The policy has been preserved in a covert way and is still influencing Australian society. Take its hype of the "China threat." Australians feel good to give alms or dispense mercy, yet can hardly accept treating Chinese as equals, especially when the latter, with growing influence, is entering their homeland.

Notions of white supremacy linger within Western society. One such representative is German philosopher Arthur Schopenhauer, who believed that the highest civilization and culture are found exclusively among the white races. Plenty of Western people share the same idea. Though due to today's laws and ethics standards, only a handful of them would publicly declare such a stance.

However, white people no longer enjoy their superior status today. Racial and ethnic diversity is taking place across the globe.

Quite a few people of color are becoming elites in an increasing number of areas while many whites can barely make a living even with the help of their governments' subsidy program. It's time for them to quit living in their imagination. Otherwise, their perceived supremacy will only lead to the denigration of their race, and in Australia's case, a destitute future.