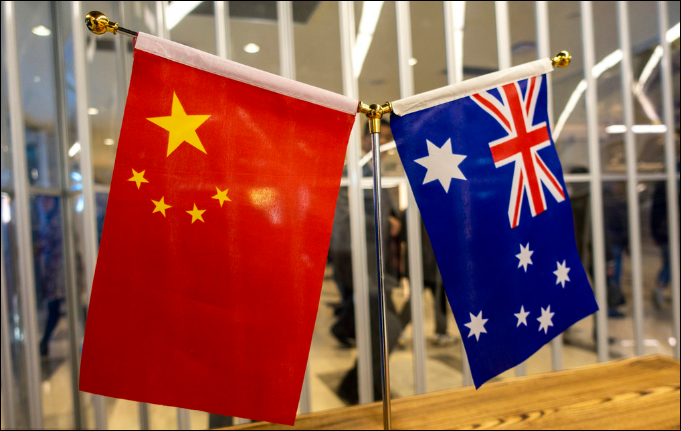 Editor's Note: The Liberal National coalition won the majority in the May 18 Australian election. However, many say the defeat of the opposition Labor Party is not conducive to improving Sino-Australian relations. Is this true? Or, will the new Australian coalition government help improve Sino-Australian ties? Two experts share their views with China Daily's Pan Yixuan. Excerpts follow:

Although Sino-Australian relations suffered during the rule of conservative Australian prime minister Malcolm Turnbull, the fact that the Liberal National coalition will continue to lead Australia may not be bad for Beijing-Canberra relations, because the coalition has said it is eager to mend relations with China.

That Australia established the National Foundation for Australia-China Relations with AUD44 million ($30 million) in March, and has appointed China expert Graham Fletcher the new Australian ambassador to China and signed a free trade and investment agreement with the Hong Kong Special Administrative Region signifies that it is eager to repair relations with China, its largest trade partner.

But the fact that different Australian leaders and business sectors evaluate China's economic significance differently poses a challenge to Beijing-Canberra relations. For example, when answering a question recently about balancing Australia's relations with the United States and China, incumbent Australian Prime Minister Scott Morrison said there was no need to choose between the US, a "friend", and China, a "customer".

Also, Australia's decision to ban Huawei, Chinese telecommunications equipment maker, from its 5G technology network and implement the anti-foreign interference law aimed at China are likely to affect bilateral relations.Besides, the strong US-Australia alliance and the tension between Washington and Beijing have reduced the space for Australia to strike the right balance in its relations with the two countries. On the other hand, a recent Reuters report said that "interviews with more than two dozen current and former Western officials show it was the Australians who led the way in pressing for action on 5G".

But since China and Australia both support multilateralism and free trade, Australia should adopt a new and pragmatic approach to its relations with China. And the two countries should make joint efforts to overcome the difficulties created by the changing global atmosphere and international relations.

Liu Qing, head of Asia-Pacific studies at the China Institute of International Studies

Sino-Australian relations suffered a major setback after a period of rapid development because Turnbull made some seriously flawed decisions vis-à-vis China. Such is the state of bilateral relations now that the Liberal National coalition and the Labor Party both said they wanted to improve ties with China in their election manifestos. This has raised hopes that Canberra will make greater efforts to improve ties with Beijing.

China is open to talks with Australia to improve bilateral relations. Yet the coalition's policies and their implementation are of vital importance.

Australia, on its part, should carefully evaluate bilateral relations, and take measures to resolve disputes through talks. For example, the dispute over Huawei should be discussed mainly at the enterprise level instead of the Australian government imposing a ban on the Chinese company. After all, Huawei has not broken any Australian laws.

That Canberra is very cautious－actually uncertain－about interacting with China when it comes to advanced technology and security is understandable, because Australia considers itself a part of the West. But even if it is difficult to make decisions about complicated issues, Canberra can still make some genuine moves to improve bilateral ties.

China and Australia can improve bilateral relations if they can work together in new areas which can yield mutual benefit. For instance, they can explore cooperation in the Asia-Pacific region and infrastructure construction, as that would allow Australia to play a bigger role in regional development as well as meet its domestic infrastructure needs.