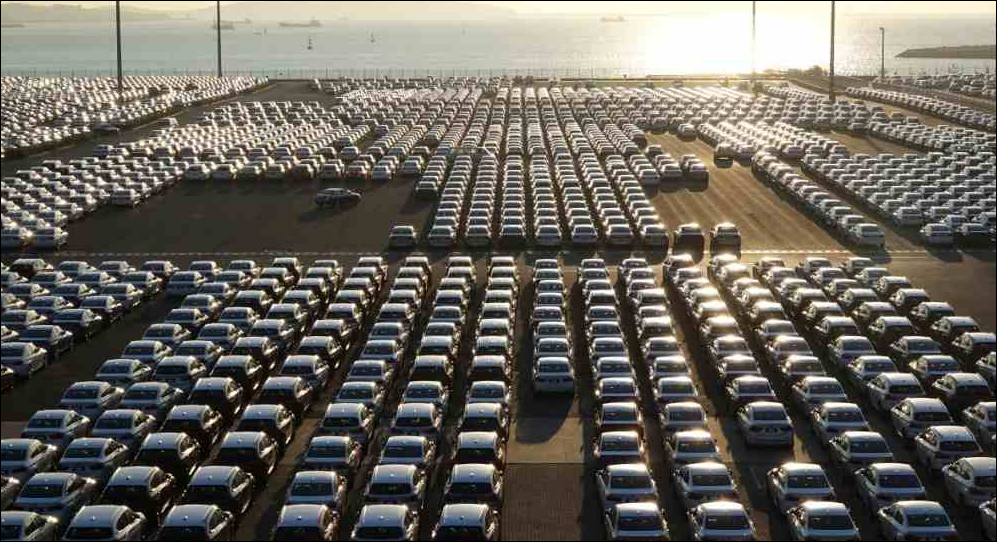 US President Donald Trump said Wednesday that new auto tariffs were "being studied now" to prevent plant closures of the kind that General Motors (GM) announced this week. According to US media quotes from an anonymous US official, Trump may impose a 25 percent tariff on all cars coming from Europe unless the European Union makes concessions. Some believe that Japan faces the same threat.

Trump has long been complaining about the inequality of auto tariffs between Europe and the US. GM factory closures and job cuts on Monday may add more fuel to his desire to impose tariffs on imported autos.The trade war will enter a new phase if a US-Europe auto tariff war begins. Automobiles are a leading bulk commodity in international trade with long industrial chains. Setting barriers to the car trade will not only hit the global economic recovery, but also further impact the world's confidence in globalization and lead to an overall setback.China is a small auto exporter to the US but the world's largest sales market in the motor industry. Increasing global auto tariffs will attract more auto manufacturers to produce and sell in China. For China, the pros outweigh the cons in the short term. But China opposes an auto tariff war. With the exception of an extra retaliatory tariff on imported US cars, in July China lowered its overall auto tariffs from 25 percent to 15 percent. A tariff war throws the global economy into turmoil, making all enterprises face uncertainty. The price has to be paid by all mankind.Washington's threat is also a heavy blow for some Europeans with opportunistic ideas. Some Europeans adopt an ambiguous attitude toward the US-initiated trade war against China, and hold a naïve idea that Europe can take advantage. If the America First policy is reinforced, Europe will not be spared the impact.The US is becoming the biggest provider of advanced technology, China is becoming the largest market, and Europe's unique competitiveness will be weakened. A global market with a fair pattern and fair process of making rules is in line with Europe's interests. European countries will be threatened if they are forced to yield to external political or market forces.Countries must persevere with a multilateral consultation mechanism. Whichever country implements trade hegemony should be opposed together by other countries. This should be the top rule of international trade.The concept of "the West" collapses most quickly in trade. European countries should give up the illusion that they can confront developing countries with the US as an ally. Japan should also have a clear head, and stop thinking that a US-Japan alliance can extend into trade and other fields, or that the US will protect Japan's economy just like its security commitment. Japanese people shouldn't forget the pain of the 1985 Plaza Accord after the wound is healed.Washington's understanding of trade interests is too stubborn. The US election system has led to the expansion of such stubbornness and finally turned it into political correctness. GM has become the victim of the new US trade policy. If the tariff war keeps escalating, productive factors will be redistributed according to market share. It's hard for the US to expand its total production scale, but it will pay the highest market restructuring cost.All companies are profit-oriented. Since Washington insists that national interests take priority over US companies' profits, chaos will ensue. Now that the world's so-called "leader" is in chaos, other countries should maintain order or else no one will be safe.