At the United Nations Security Council on Friday, the United States motion for prolonging sanctions against Iran failed.

Washington has responded by circulating to council members a six-page memo outlining why it still has the right to use the so-called snap back provision in the 2015 UN Security Council resolution endorsing the nuclear agreement between Iran and six major powers despite it withdrawing from the deal, saying that it will seek to trigger a return of all UN sanctions on Iran in the coming days. 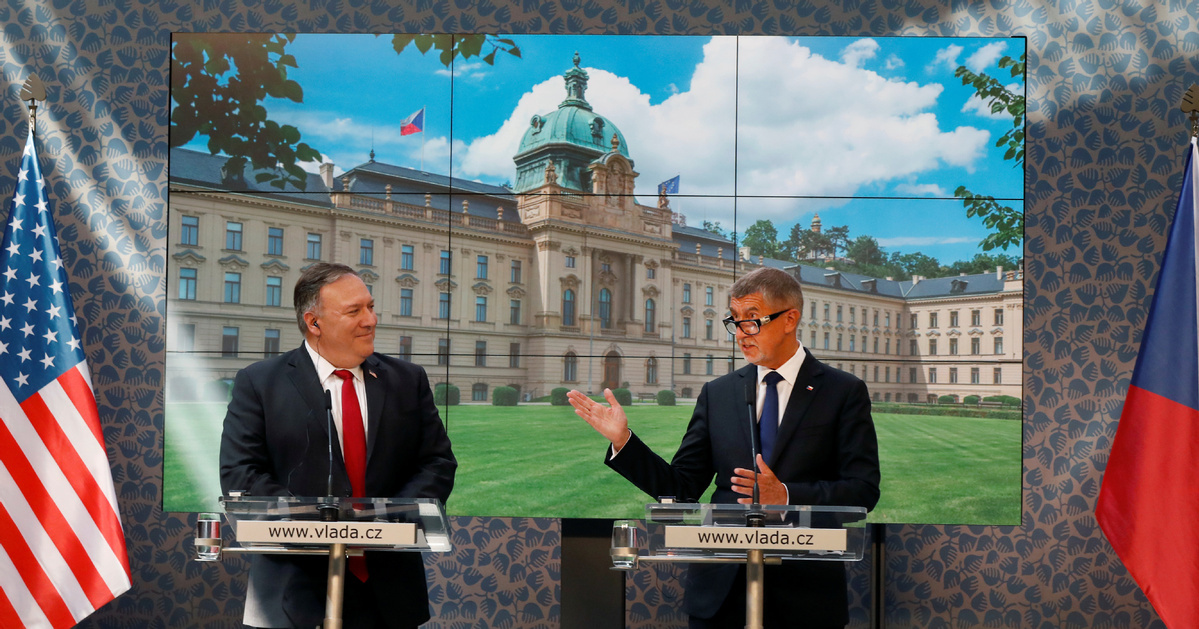 US Secretary of State Mike Pompeo and Czech Prime Minister Andrej Babis address the media at a news conference as part of a meeting in Prague, Czech Republic August 12, 2020. (Photo: Agencies)

Responding to visiting US Secretary of State Mike Pompeo's demand last week that his country not cooperate with China in the nuclear power and telecommunications sectors, the Czech prime minister reportedly said they wouldn't exclude any country that abides by European Union rules.

The US has hit China's 5G leader Huawei with heavy sanctions in a bid to kill the company.

The Czech president was quoted as saying major countries should target international terrorism as their common enemy, instead of each other.

And all but three of the EU's 27 member states expressed their disapproval to the US State Department during a videoconference on Wednesday, denouncing Washington's sanctions against the Nord Stream-II project as a breach of international law.

The US administration opposes the pipeline claiming that Germany is already too reliant on Russia for natural gas and that the Nord Stream-II pipeline would allow Russia to expand its economic influence in Europe.

That there is a schism between Washington and Brussels is evident. And it keeps widening under Donald Trump's "America first" agenda. This is a reality Pompeo and his colleagues tend to ignore.

European countries are struggling to get rid of backbreaking economic recession. That is a threat bigger than those Pompeo has been tirelessly trumpeting. They are turning to China and Russia for what Donald Trump's America is unable, or simply unwilling to offer.

China's Huawei, for instance, means affordable 5G telecommunications solutions for European countries with financial troubles. The Nord Stream-II project, for its part, is considered to be the best possible option to meet the energy needs of many EU members.

Perhaps the US' European allies might be more willing to lend Washington an ear if it came up with some alternatives when it called on Europe to shun China and Russia. Unfortunately it doesn't.

That is why Brussels finds it difficult to swallow. That is why Beijing calls it bullying.