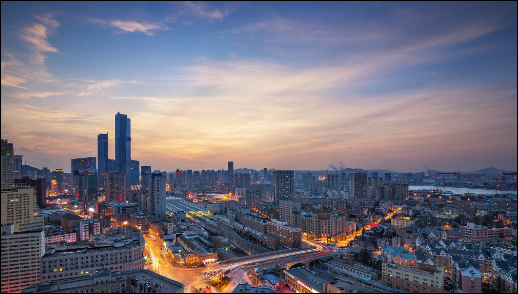 "China's Economy Slows Sharply, in Challenge for Xi Jinping," according to an article title published recently by The New York Times. It appears that the primary purpose of this article was to badmouth the Chinese economy.

Interestingly and coincidentally, there were a number of Chinese scholars who also had recently advocated that China's real economic growth rate is either only a few percent, or may even be showing negative growth. Within China, such discussions generated a chorus of badmouthing the country's economy. Putting all this together, such talks have instigated real concern among the general population.

It is worth underscoring that such badmouthing is hardly the prerogative of China. Indeed, similar situations also happened in Europe and the US. For example, in the US, normally prior to the Federal Reserve (The Fed) making noise about raising the interest rate, numerous media outlets and scholars would badmouth the economy, focusing especially on the problems in the US economic data in order to put pressure on the Fed.

Once the Fed raises the interest rate, based on more positive economic data, these outlets and scholars would then praise the US economy. Indeed, this happens so often that it has almost become an "economic principle."

We have discovered the following categories of people who would engage in badmouthing the economy, albeit in China, Europe or the US.

First, they are investment institutions who take the opportunity to rake arbitrage. When the economic prospects of China, Europe or the US appear to be relatively vague, many international financial investment institutions will join in to badmouth loudly in order to hollow the market or take the opportunity to enter the market.

Their aim is simply to play the game of “buy low and sell high.” Obviously, these are businesspeople, and they are also "double-faced people," always trying to make profits by boosting the stock and the property markets in other countries.

Second, they can be local officials and developers who are concerned with their performance. In order to prevent the explosive risks of local debt, the Chinese government has introduced measures such as tightening the expansion of local financing platforms and restricting local governments from widely borrowing from shadow banks, thus resulting in a sharp drop in “sources” that local governments can tap into.

Such action has generated enormous incentive for particular local officials to badmouth the economy in order to create strong public opinion to force the Chinese government to relax the relevant policies, and allow the local officials to increase their economic growth rate through major infrastructure projects to improve their performance.

By the same token, as far as the smart developers in China, Europe and the US are concerned, the more they can obtain cheaper funds, the more they can obtain lucrative profits in real estate projects. To this end, they also have great motivation to badmouth the economy, and leverage the media to scream the message that the property market is near collapse, thus forcing the host government to relax monetary policy.

Third, they can be media outlets and scholars. To attract attention, these people, on the one hand, have learned to attract public attention by the use of "sexy terminology," and on the other, have been benefited by the fact that the readers can be forgetful. There is the propensity for such groups to produce sensational reports or speeches.

It should also be mentioned that there are also some scholars who are genuinely worried about the conditions of the country and the people. Once they notice that the economic data show signs of slipping, they would scream "the sky is falling" and immediately call on the host government to adjust its policies and keep the economy robust.

Under this cacophony of voices, badmouthing the economy has created palpable effects. Such voices have been widely sought after and spread on social media, especially when it is coupled with the ongoing trade wars. This will inevitably stir up public pessimism. Of course, such an ensemble can also severely impact the small- and medium-sized enterprises (SMEs), both in China and the US.

To mitigate such onslaught, the SMEs need to reduce the size of the company, reduce investments, layoffs or even go into bankruptcy. Putting all these together, these will simply deepen the public's concerns about "where the next meal will come from!"