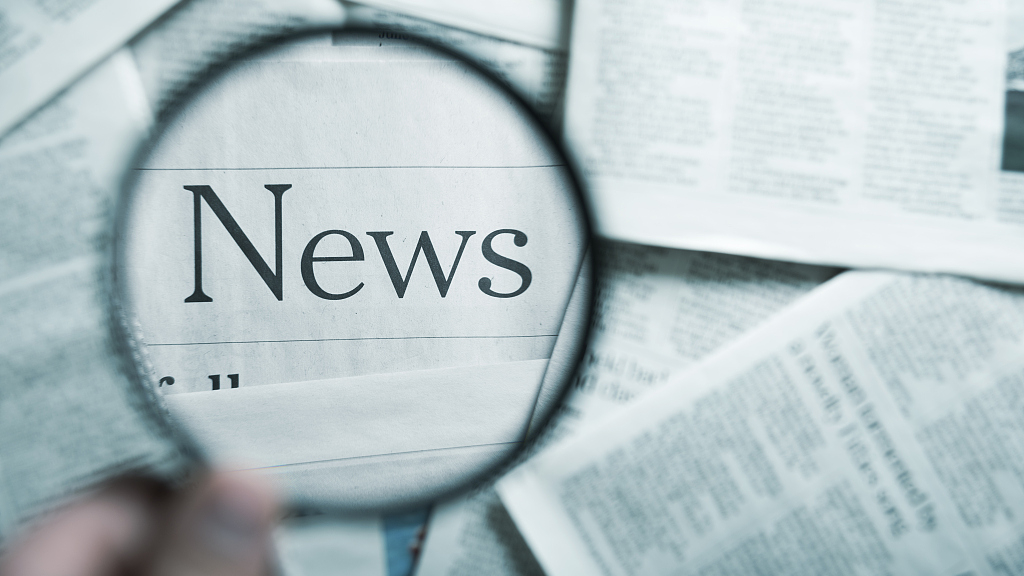 Every media organization has a purpose, but without readers or viewers, the most sincere or heartfelt content in support of this mission is in vain.

In this context, one of the topics being discussed at the CGTN Global Media Summit and CCTV+ Video Media Forum in Beijing this week is the challenge of balancing the quest for clicks with social responsibilities.

In the past, serious newspapers with information about government policies did not have to directly compete for attention with the new Star Wars movie trailer or easy instant hotpot recipes.

That's no longer the case. Attracting clicks is now a major consideration of even the most staid institutions.

Strategies for doing this occur on four basic levels.

The first level is simple clickbait, such as videos of cute cats, babies, robots, or preferably all three at once.

This approach is not new to the social media era. For example, starting in the 1970s, British tabloid newspapers featured a beautiful topless woman on page 3 to draw in readers. Celebrity gossip is another time-tested draw.

Now, most publications are using some version of this tactic. For example, in China, the social media feeds of many state-run newspapers mix photo essays of cute animals and adorable children with political commentary and policy news.

This is effective to a degree. However, if a news provider gets the balance wrong, it risks becoming the journalistic equivalent of junk food, offering a brief sugar high but ultimately no nutrition.  In time, readers will realize they are receiving empty calories, and stop returning.

The second level involves playing on readers anxieties. Headlines that touch on our deepest fears, such as "9 people dead in a plane crash," will assuredly draw clicks. Stories about attacks on schools, the threatening actions of foreign powers, or immigrants committing crimes to fall into this category.

The flip side of this is stories appealing to our desires or aspirations, such as consumer and lifestyle news.

These stories attract clicks and connect with audiences, but often don't overlap with a media organization's mission.

The third level is trolling readers – offering a bit of news so infuriating that people will be driven by outrage to click it. A recent example is this Fox News headline: "Controversial ex-NFL star attends 'Indigenous People's' ceremony, rips the US"

People on the American right will be incensed at the latest supposedly unpatriotic act by Nike-endorsed liberal darling Colin Kaepernick.

Trolling has been found to be a tremendous driver of clicks, while people tend to ignore reasoned or measured stories. Savvy politicians understand this and can control the daily news cycle with a series of deliberately provocative and divisive statements to entice both supporters and opponents to pay attention.

The problem with trolling is that it benefits media outlets and certain politicians, but warps and frays the national fabric, causing people to separate into tribes and making the quest for common ground and common solutions harder.

The fourth level, and most difficult to achieve, is focusing on stories that people really care about that also further the mission of the media organization.

For example, let's say your editorial mission involves drawing attention to the collapse of the economy in Venezuela. For most people, this will be a dull topic, because it seems very remote and unrelated to their lives. An article that begins with statistics and contains general information will be lost in a sea of news about dolphin attacks and miracle diets.

The recent New York Times headline "Students fainting from hunger in Venezuela's failing school system," however, will incite many readers to click, because even people who don't know where Venezuela is will wonder how such a dire and unusual situation came to be.

People care about other people, and good journalists can find a human angle to bring distant or abstract stories to life.

These stories have a plot and conflict, almost like a movie. They stick in people's heads, and people talk to their friends and family about them. In this way, an organization's mission is most effectively achieved.

This kind of storytelling is much more difficult than making provocative statements. This approach needs skilled journalists provided with time and resources.

Successful media outlets will use a combination of these four levels to drive traffic but fulfill their missions.

The Washington Post website, for example, has about a dozen trending phrases on the top of its homepage – clickbait in its purest form. Over the weekend, it included headlines on tourist deaths in a national park and a storm that would impact millions. These play on readers fears. A story about the U.S. president trying to interfere in the UK elections, and the effort backfiring, is sure to troll both Republicans and Democrats. And a story on 14 black football players kicked off a team 50 years ago for protesting for civil rights, and what happened to them since, reads like a movie, and furthers the paper's mission to explore and possibly bridge the race and class divisions that divide America.

The tension between clicks and social responsibility is a key issue in this day and age. Balancing the different approaches for doing this will determine the character and long-term prospects of a media outlet. It will also contribute to whether a society comes together to find common ground on issues of public concern or pulls apart amid acrimony and suspicion.