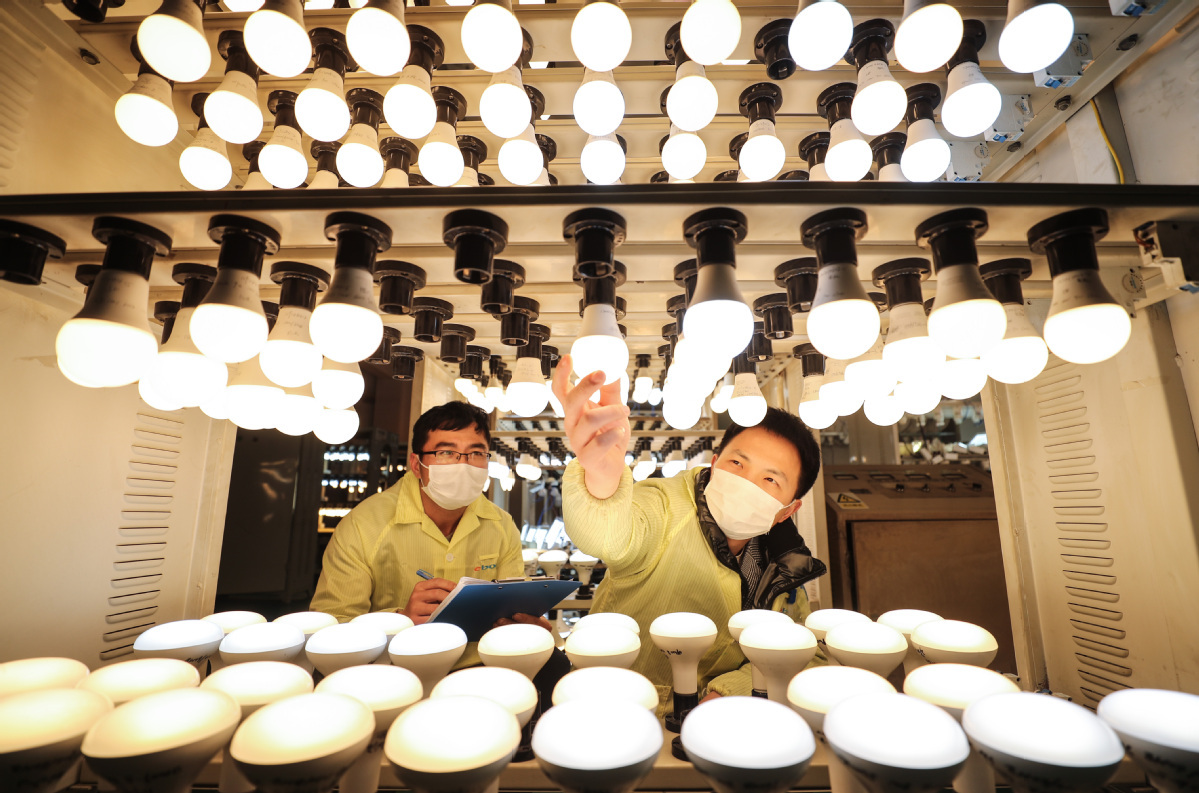 Technicians check the quality of products for export at a bulb making factory in Huzhou, Zhejiang province, on Sunday. [Photo by Wang Zheng/For China Daily]

Since launching its reform and opening-up, China has undergone transition from a highly centralized planned economy to a vibrant socialist market economy. In the process, it has registered spectacular economic growth.

But the relationship between the government and the market has not been completely ironed out. There is still a lack of market incentives, smooth flow of production factors, high efficiency of resources and strong microeconomic vitality.

Market-based allocation of factors and fair competition essentially require the establishment of a correct relationship between the government and market. That is, the government should respect general rules of the market economy, minimize government-dominated allocation of market resources and its direct intervention in microeconomic activities, give full play to the decisive role of the market in resource allocation and improve governance by correcting market faults.

It also commits to establish a comprehensive mechanism for restricting and supervising administrative power, and improving and developing a market economy supervision system to put government power in the "cage" of regulations.

The country needs to give impetus to and make space for its development through reform instead of following the old path. It must free itself from old ideological shackles, break the barriers of vested interests and deepen the reform of the economic system to turn the current economic crisis into an opportunity and lay a solid foundation for the establishment of a modern economic system.