OPINIONS Bamboo curtain will turn iron if US doesn't wise up

Bamboo curtain will turn iron if US doesn't wise up 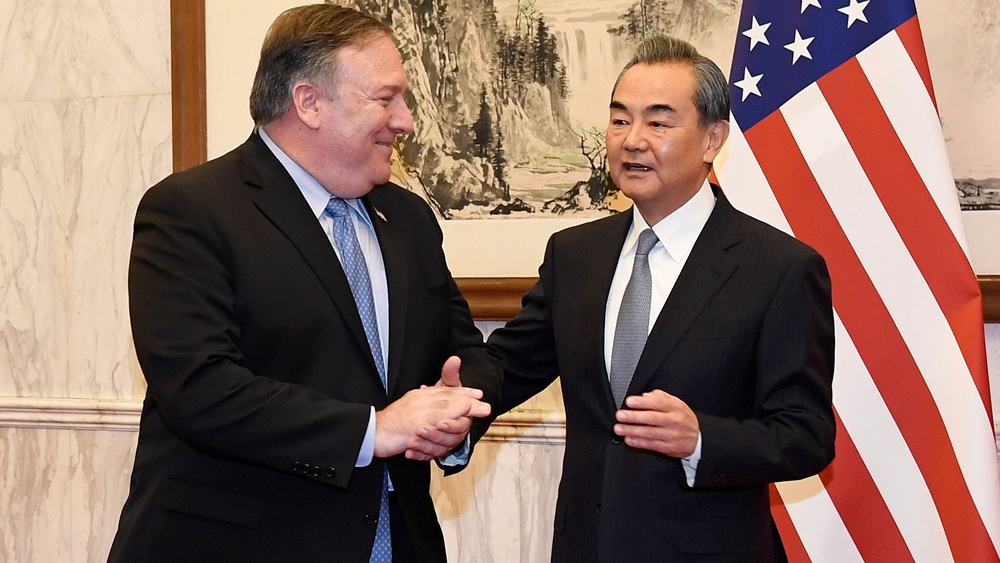 Many observers expect the meeting in Beijing between the top diplomats of China and the US to quell tensions amid an escalating trade war and frequent military skirmishes. However, it seems their hopes have fallen through since the talks commenced with deep grievances that leave little room for compromise.

On the last leg of his whirlwind East Asia tour, US Secretary of State Mike Pompeo said the two countries were deadlocked in a "fundamental disagreement" in response to China's Foreign Minister Wang Yi's demand that the US stop "mistaken" actions on trade and Taiwan as well as groundless criticism of China's domestic and foreign policies. But Pompeo failed to face up to these remarks. Instead, he claimed, "We have great concerns about the actions that China has taken."

It's not surprising the Trump-nominated Pompeo gave such responses. "He's used to reproaching China," said Zhao Minghao, a senior research fellow with Charhar Institute. Pompeo once called China's appeals for greater economic openness "a joke," adding that the Chinese government "is the most predatory economic government that operates against the rest of the world today." Such harsh, undiplomatic rhetoric can easily be found over the past months.

In addition, the other "Mike" in Trump's White House – Vice President Mike Pence – ratcheted up the US hostilities against Beijing in a recent Hudson Institute speech. Meanwhile, apart from the brewing trade war, tensions in the South China Sea are high.

It's also noted that the US decided to sell a smaller package of arms to Taiwan, indicating a higher frequency of such deals in the future. Also in September, some US Senators put forward legislation to punish countries that choose to sever "diplomatic ties" with Taiwan, including cutting off aid to them.

This series of China-bashing remarks and actions show that Washington is treating Beijing as a full-on rival. "The US is building up a man-made 'bamboo curtain' against China," Zhao told CGTN.

Ely Ratner, vice president at the Center for a New American Security, proposed at a Senate Committee hearing to launch information operations against China, a move to revive the Cold War. It's a very dangerous signal that could further fuel Sinophobia across the US.

The anti-China sentiment isn't only fermenting among pro-establishment China hawks but also among average Americans. Between 2017 and 2018, the number deeming China to be the greatest immediate threat has tripled.

In recent months, in addition to stiff tariffs, investment limits and tech restrictions on China, Confucius Institutes in several US universities have been closed. It's also reported that the White House is considering a ban on student visas for Chinese nationals.

The multi-front war against Beijing, though mounting, is really a step in Trump's maneuver to establish a new US-dominated international order where he finds China the strongest rival, noted Zhao during a phone interview with CGTN. In Trump's eyes, China is on the way to unseating the US from its superpower status.

At the current stage, the two countries are on course to achieve a paradigm shift, seeking a new model of bilateral relations. But the reshaping process, which is unprecedented in history, will be brimming with tumult.

Pompeo's China trip, though not quite as pleasant as expected, at least serves as a signal that high-level communications between the two nations mired in a stalemate are still open. A single whistle-stop visit will not turn around a relationship that is near rock bottom, but will help prevent deeper misunderstanding if Washington sincerely reflects on the "fundamental disagreement" in Pompeo's words and addresses Beijing's concerns.

But if Washington continues its unfounded accusations and wanton actions that harm Beijing's rights, the day when the man-made "bamboo curtain" turns into an iron one will not be far away.