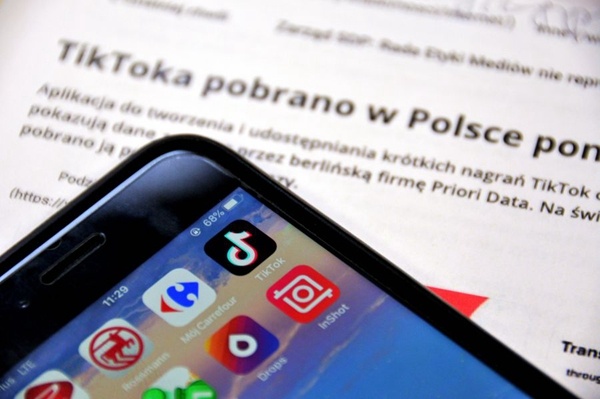 When the coronavirus began spreading around China, I was living in a hotel in Nanjing with no kitchen. I had no idea what the extent of the infection would be, and when restaurants started shutting down, I didn't know what I would do for food.

Luckily, Chinese food delivery services were still operating, and American fast food chains remained open. I am not a big consumer of Big Macs in ordinary times, but with limited selection at times, McDonalds and KFC filled a need.

In order to prevent the spread of coronavirus, the fast food restaurants kept customers from entering the stores. Instead, they were asked to scan the QR code outside and pay by app, often using WeChat Wallet, and then the food would be delivered at the door.

WeChat was very useful at the height of the coronavirus spread. It facilitated communication, sharing information, ordering food, and providing a mobile payment facility limiting the touching of contaminated paper money, in addition to its many everyday functions like hailing a taxi, sharing photos and much more. WeChat is the "Swiss Army knife of apps." It can do anything.

So why does U.S. President Donald Trump want to ban it?

Trump signed an executive order, despite lacking congressional support, with the aim of banning WeChat and any transactions with Tencent, its owner. This is due to kick in one and a half months from now.

Trump also announced his intention to ban TikTok, the short video app. The scope of the bans and how they are to be enforced were not defined. It is not even known whether the bans are legal or not.

Still, they will have a serious impact on the ability of Americans to communicate and engage in commerce. They will also harm American businesses competing internationally.

First, consider how WeChat is by far the leading messaging app in China. If WeChat is inaccessible by Americans, it will be difficult for them to communicate with their friends, family, and business partners in China. About 16 million Americans use WeChat on a daily basis.

Second, WeChat is so important to commerce that if American companies were prevented from using it, their sales would be decimated. How, for example, would McDonalds and KFC have been able to take orders during the pandemic if they could not accept transactions via WeChat Wallet?

China has another major mobile payment platform, Alipay, which is run by Alibaba, but WeChat Wallet is more popular.

Consider: Starbucks has 3,000 stores in China and increased its presence at a rate of 17% in 2019. Yum China, an American company that includes KFC and Pizza Hut's China operations, makes more money on chicken dishes in China than its American counterpart does in the U.S.

Thirty percent of Walmart's transactions in China take place on the WeChat platform.

Would these companies still be able to use the app to process transactions? The answer is unclear, because Trump's executive order is brief and bland, and his administration has made no subsequent comments to clarify.

Another question is whether Apple will still be allowed to offer WeChat in its app store. If it doesn't, that would "tank iPhone shipments in the Chinese market," according to research analyst Ming-Chi Kuo, and lead to perhaps a 30% decline in global iPhone shipments, while also cutting into iPad, AirPod, and Apple Watch sales.

The irony is, the Trump administration has also been attacking Huawei and trying to cut Huawei sales; however, if they go through with a planned all-encompassing ban on Western companies interfacing with Chinese technology and apps, then the result would be to expand Huawei's and Xiaomi's market share.

One supposes there must be a good reason for the U.S. taking such drastic action. If there is, as with Washington's haphazard decision to close China's consulate in Houston, the Trump administration isn't telling us.

The Trump administration and long-time anti-China activists in security positions say it's because of the need for high tech security. They allege, although provide no concrete evidence, that China is using channels like TikTok and WeChat to spy in ways that would harm America's national security.

Never mind that TikTok is a video-sharing website that doesn't have access to classified information or intelligence. Mostly, it has access to videos of teens dancing and, increasingly, videos critiquing Donald Trump. WeChat is an ordinary chat application with many useful features combined into one. Users are responsible about what they express in conversation and comments.

Of course, all social media apps have algorithms about users' likes and dislikes, certain personal information that can be derived from their email addresses and profile information. That information is used to serve the targeting of ads and recommendations. Facebook also draws on its user data, which is harvested through third-party apps with no data protections, to create detailed personality profiles and send manipulative, highly segmented advertising to its users.

There has been no evidence presented, however, that TikTok does anything above and beyond normal operating procedure for social media apps.

Apps like WeChat and TikTok are useful to hundreds of millions of people. During the pandemic, WeChat helped keep me fed. Other times, it helps keep our hearts nourished by providing us with connection to friends and family. Trying to limit WeChat will push people further apart at a time when we need human connection more than ever.