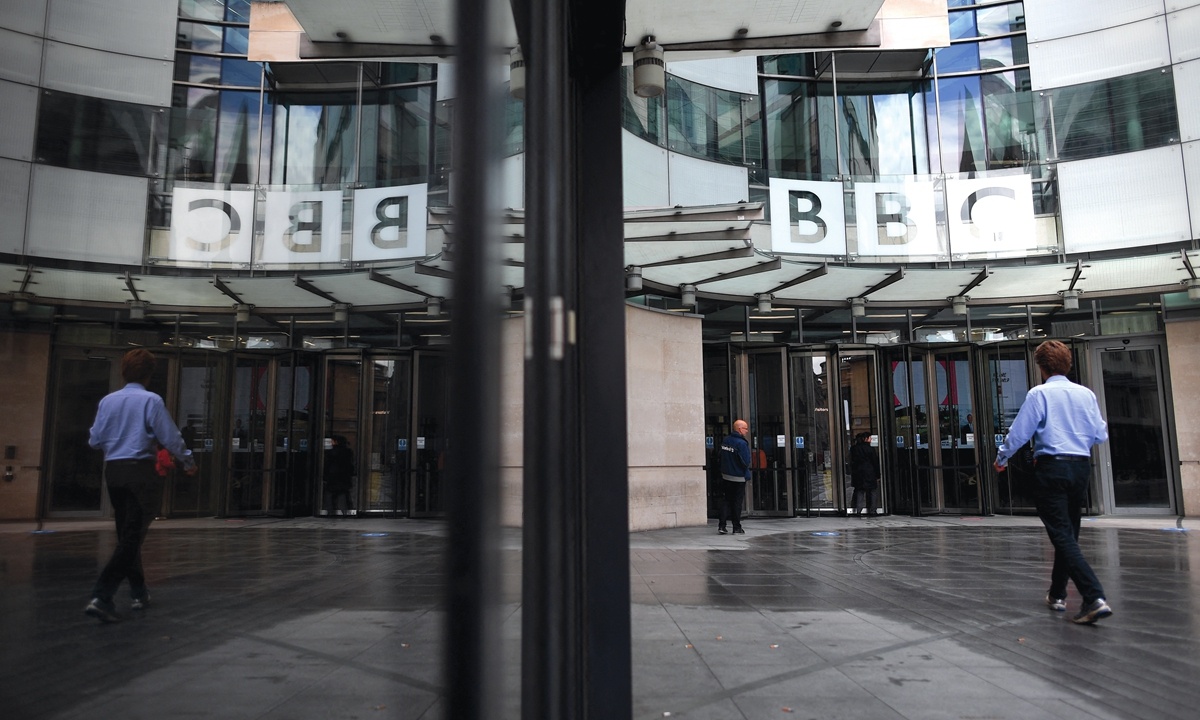 Outside the BBC headquarters in Portland Place, London (Photo: AFP)

"There were three of us in this marriage, so it was a bit crowded." This is what Princess Diana said candidly of her marriage to Prince Charles in the BBC program Panorama on November 20, 1995. The interview was hailed by British journalists at the time as "the scoop of the century," and journalist Martin Bashir was catapulted to international fame. However, 26 years later, an independent report has brought Bashir, former BBC chief Tony Hall, and the corporation itself into the center of a storm.

On May 21, 2021, former Supreme Court Judge Lord Dyson published his report of an independent investigation into the affair, describing Bashir as "unreliable," "devious," and "dishonest", who seriously breached BBC rules by mocking up faked documents to obtain the interview with Princess Diana. It also found that the BBC's own internal probe led by Hall in 1996 into Bashir's deception was "flawed and woefully ineffective."

However, what has been revealed is not just the BBC's misconduct toward a British royal celebrity. One has every reason to believe that the credibility of the BBC's report of ordinary people and the damage suffered by their interviewees could only be worse.

As suggested in the Dyson report, the BBC applies every tactic to access their interviewees, however harmful and immoral it may be.

In February, 2021, BBC journalists John Sudworth and Kathy Long attempted to interview Uygur employees with six companies in Anhui, Hubei and Zhejiang provinces, China. In a phone call, Sudworth threatened a company manager that he would report whatever he wanted if the company didn't give consent to the interview request. Liang Qiting, a deputy director of the company, recalled, "They slid me a sideways glance and their arrogant attitude made me feel uncomfortable and disrespected."

Nevertheless, the material obtained by the BBC by whatever tricks could still be faked. On June 18, 1984, footage of the confrontation between pickets and the police at Orgreave, England had been filmed, edited and broadcast out of chronological sequence by a crew from the BBC. It falsely showed pickets throwing stones at the police, and the police subsequently carrying out a mounted charge. In fact, that footage happened the other way round: the miners were responding to being charged at by police.

Even on occasions that the BBC, thankfully, managed to obtain the material in a normal way and displayed it in its correct form, the audience still risks being misled by the BBC's appalling false interpretations. In 2008, a documentary aired by Panorama claimed that Bangalore-based suppliers of Primark, a hugely successful retailer with 220 stores across Europe, were using child labor in their production. The claim was later found to be untrue. Responding to Primark's protest, the BBC conceded that footage of three boys engaged in completing garments for Primark was "more likely than not" to have been "not genuine" after a three-year internal inquiry.

How many other companies and places were tarnished by a ridiculous "more likely than not" claim? And what are the consequences suffered by people there? We don't know. The only thing for sure is the lies and smears peddled by the BBC never end.

Just look at a program aired by the BBC on December 15, 2020. It claimed "More than 50,000 ethnic minority workers [in China] are dispatched to participate in seasonal cotton picking every year, and their working environment may be highly coercive." In fact, cotton production in Xinjiang has been highly mechanized with no need for a lot of "cotton pickers." In one shot, the BBC program claimed that a man blocking the camera was a "local official." A Chinese journalist later found out that the man, Jiang Yong, was actually the head of the logistics department of a company, Kushe Pomegranate Seed Garment Co.

One explanation to the BBC's "conclusion before evidence" tradition involves its professional ineptitude: They take political and ideological stances above facts. An agenda is framed, then a mixture of events, lies and pre-empted interpretations are filled in. In March 2012, the BBC apologized for referring to the Hindu festival of Holi as a "filthy festival." Seven years later, it published a story ridiculing the Sanskrit word "Bhoot Vidya" for psychotherapy as "ghost studies." Dr. Alasdair Pinkerton, lecturer at Royal Holloway, University of London, argued in his Historical Journal of Film, Radio and Television that the BBC's coverage of South Asian geopolitics and economics showed a pervasive and hostile bias because of its imperialist and neocolonialist stance. A BBC video depicting the recovery of Wuhan, China from the COVID-19 pandemic used a grayish filter, making a depressive, old and poor impression out of originally vivid scenes.

With so many malpractices hidden and exposed, what are the BBC's reactions? British video blogger Barrie VVeiss gives this answer, "I can give you many examples and instances of cover-ups by the BBC where they have been accused of covering up and found out to be covering up and they had to conduct their own investigation, and the investigation always says exactly what they are saying now, that, 'we will clean up our act, we will be good boys and girls in future,' and they don't because it happens time and time again."

The notorious Jimmy Savile sexual abuse scandal is a glaring case in point. Savile, a former prominent BBC host, sexually assaulted 57 females and 15 boys from the late 1950s to the middle 2000s. Three incidents of rape and attempted rape took place on BBC premises. Serious failings at the corporation allowed Savile to hide in darkness for decades. The report by the Dame Janet Smith Review exposed the reason why the BBC has missed opportunities to stop "monstrous" abuse by Savile: a culture of fear. According to Smith, BBC culture was deeply deferential, and staff were reluctant to speak to managers about complaints.

We may never know how many sins are still concealed in the BBC's archives, but as always, the corporation can't "fool all the people all the time." Not until it conveys facts in their original form and respects the rights of every interviewee; and not until it becomes professional enough to avoid bias and takes the responsibility to right wrongs, the BBC will never be able to reestablish its reputation as an honest, unbiased and trustworthy source of information.

The author is a current affairs observer.