OPINIONS Be vigilant to ugly side of 'beauty' industry

Be vigilant to ugly side of 'beauty' industry 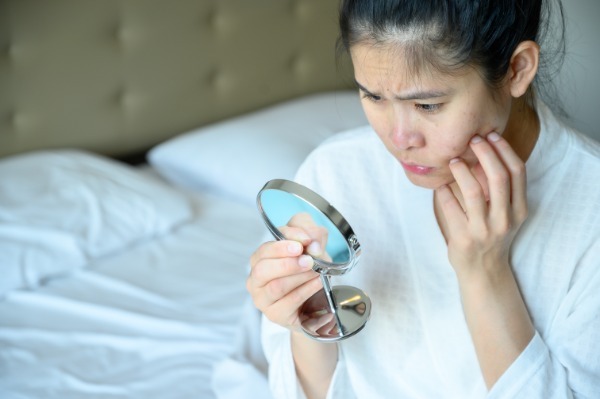 When appearance anxiety becomes severe it may become a mental disorder or even somatic deformity disorder. (Photo: China Daily)

Want your calves to be thinner and sleeker without doing exercise? Some people choose to receive calf reduction surgery, which involves cutting nerves that control the calf muscles. With the muscles receiving fewer signals to flex, the lower leg muscles begin to atrophy and reduce in size.

The term "calf neurectomy" has become a hot topic online recently, with some customers and aesthetic medicine institutes promoting the surgery by showing photos of those "thinner" legs.

The surgery was soon criticized by doctors, who claimed that selective nerve blocking can cause exhaustion while walking and prevent people from doing strenuous exercises such as jumping and running.

Various aesthetic messages on social media platforms are affecting the new generation of young people in the information era, New words like A4 waist (a waist width narrower than the long side of an A4 sheet of paper -- less than 21 centimeters), cold white skin and chopstick legs are constantly being created to tell people what beauty is. These simple and singular aesthetic standards have promoted the term "appearance anxiety" to become a hot topic.

Appearance anxiety means that many people are not confident enough about their appearance in a social environment that magnifies their looks.

Therefore, many people turn to plastic surgery, wishing to become more beautiful, although the definition of beauty is evaluated by others, not even themselves. Yet they may not fully consider the risks they may face during surgery. China has seen quite a few failed or even fatal cases over the years.

For example, a woman in her 30s died following a cosmetic surgical procedure in March in southern China's Hainan province. The surgical operator was later charged for practicing without a medical license, according to local authorities.

Another example attracting much attention recently came from actress Gao Liu, who posted photos on her Sina Weibo account in February, exposing her failed plastic surgery that gave her a necrotic nose. She wrote that after the accident, she found the hospital in South China's Guangdong province was not qualified to carry out the nose surgery. Local authorities later published a statement, saying the doctor who performed the surgery for Gao did not obtain the correct qualification for independently carrying out cosmetic surgery, and will be suspended from practicing for six months. The hospital was fined for allowing the unqualified doctor to perform the surgery.

Yet these penalties cannot recover the losses of those who suffered or even died from failed surgeries.

The market consultancy iResearch said that there were 13,000 legal cosmetic surgery institutions in China in 2019, but 15 percent of these provided services beyond their certificates. It is estimated that more than 80,000 beauty salons and lifestyle businesses provided aesthetic medical services illegally.

China's National Health Commission and seven other relevant ministries and administrations issued a document in 2020, aimed at stricter regulation of the country's cosmetic surgery industry.

Last but not least, although it is your decision to go under the knife to look more beautiful, please do not delude yourself about the dangers. After all, true human beauty cannot be sculpted like a piece of stone.