OPINIONS Bear history in mind and defend peace with action

Bear history in mind and defend peace with action

It is another “September 18th”.

“September 18th, September 18th, from that miserable time on, I was forced to leave my hometown and abandon the endless treasure. Wandering! Wandering!” read the lyrics of the song “On Songhua River”, a patriotic song about China's World War II-era invasion by Japan. It’s a song full of pain for losing Chinese territories, and full of the hundreds of millions of Chinese people's hatred of the invader. 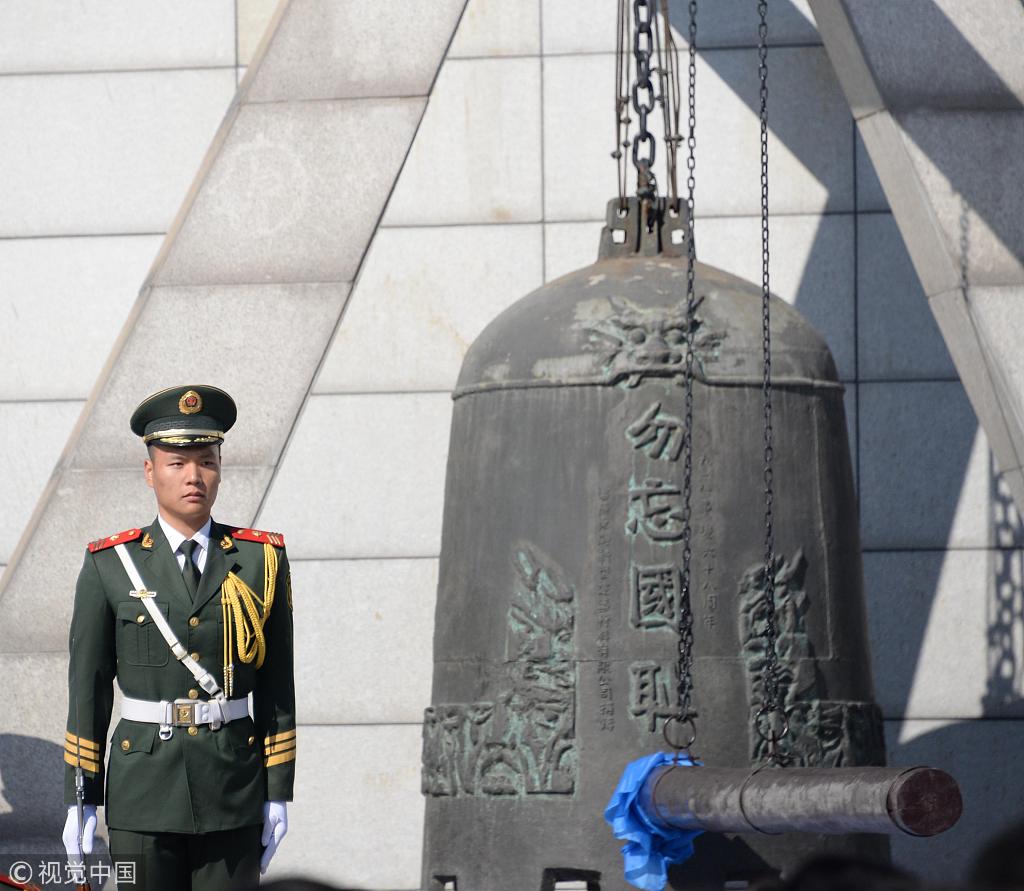 For 14 years, millions of Chinese people united as one to resist the outside bullying, with the firm determination to defend national mountains and rivers till last breath, the unyielding will to shed blood for the revolutionary cause, and the enormous sacrifice of defending every inch of the motherland till the last drop of blood. The great victory of the Chinese People's War of Resistance against Japanese Aggression will be forever recorded in the annals of the Chinese nation and the annals of human peace.

It has been 87 years since that “miserable period”, and it has been 73 years since the hard-won victory moment. But even people blessed with a long life can’t survive the ruthless passage of time. Descendants of the Northeast United Resistance Army, witnesses of the Nanjing Massacre, victims known as “comfort women”… Those who have witnessed China’s War of Resistance and the Global War against Fascism are leaving us and will eventually pass away, but historical memories will never be forgotten.

History is the most solid common memory of a country and a nation. It records the sufferings and struggles of the past and shows the light and glory of the future. Bearing history in mind doesn’t mean to get trapped in the quagmire of hatred, but means to enlighten the future with history, so as to avoid the recurrence of tragedies and explore the paths to peace and development.

Since the publication of Murayama Statement in 1995, successive Japanese prime ministers had always mentioned Japan’s responsibility for war against Asian countries in their speeches on Japan’s Day of Defeat, and reiterated the “no-war vows”. Until 2013, Japanese Prime Minister Shinzo Abe deleted the expressions of “doing harm” and “no-war vows” from his speech on Japan’s Day of Defeat. So far, he has tried to blur Japan's responsibility for “doing harm” for six consecutive years. Such words and deeds worry East Asian countries including China, because when "historical problems" are still too recent to be considered history, forgetting means betrayal, even meaning that the miserable history can be repeated at any time.

On August 28th of this year, the Japanese government continued to render the security environment around Japan increasingly deteriorating in Defense of Japan 2018[01] and preached the “China threat theory”, with the intention of paving way for the Abe government to formulate a new version of National Defense Program Guidelines and accelerate military expansion.

In recent years, Japan has accelerated its speed of military expansion both overtly and covertly, and its defense spending has hit a record high after “seven consecutive increases”. All this puts the world on high alert.

Since the end of the Second World War, the world has been in the “post-war period”. Although the "peace and development" has become the theme of the times, the seeds for war haven’t been completely eradicated; the right-wing forces and militarists are still eager to act; terrorism, local conflicts, and even wars are still threatening the peace and tranquility of the world.

Keeping history in mind means creating a better future; not forgetting the war means maintaining peace. We will never forget the peace that our ancestors secured at the cost of their blood and lives. Meanwhile, we are also well aware that only development can consolidate the foundation of peace.

This year marks the 40th anniversary of the signing of the Chinese-Japanese Treaty of Peace and Friendship. We still remember the beginning of the bloody battles and suffering 87 years ago, and also the hopes of the two peoples for the future when the treaty was signed 40 years ago.

Since the beginning of this year, the Japanese government has shown some positive attitude in its relations with China. Thanks to the joint efforts of both sides, the improvement of China-Japan relations has continued to gain momentum. The launch of friendly commemorative events, including the exchange conference tended by more than 1,000 Chinese and Japanese university or college students and the 2018 China Festival to commemorate the 40th anniversary of the signing of the Chinese-Japanese Treaty of Peace and Friendship, have enabled young people from China and Japan to build friendship through exchanges and have consolidated the foundation of public opinion for the development of bilateral relations.

“Peace is like air and sunshine, which are often taken for granted, but when they vanish, people can hardly survive.” History is unceasingly passing by, which is just the very reason for us to recall it now and then.

Let us bear “September 18th Incident” in mind! Let us have more self-consciousness and sense of responsibility for defending peace.