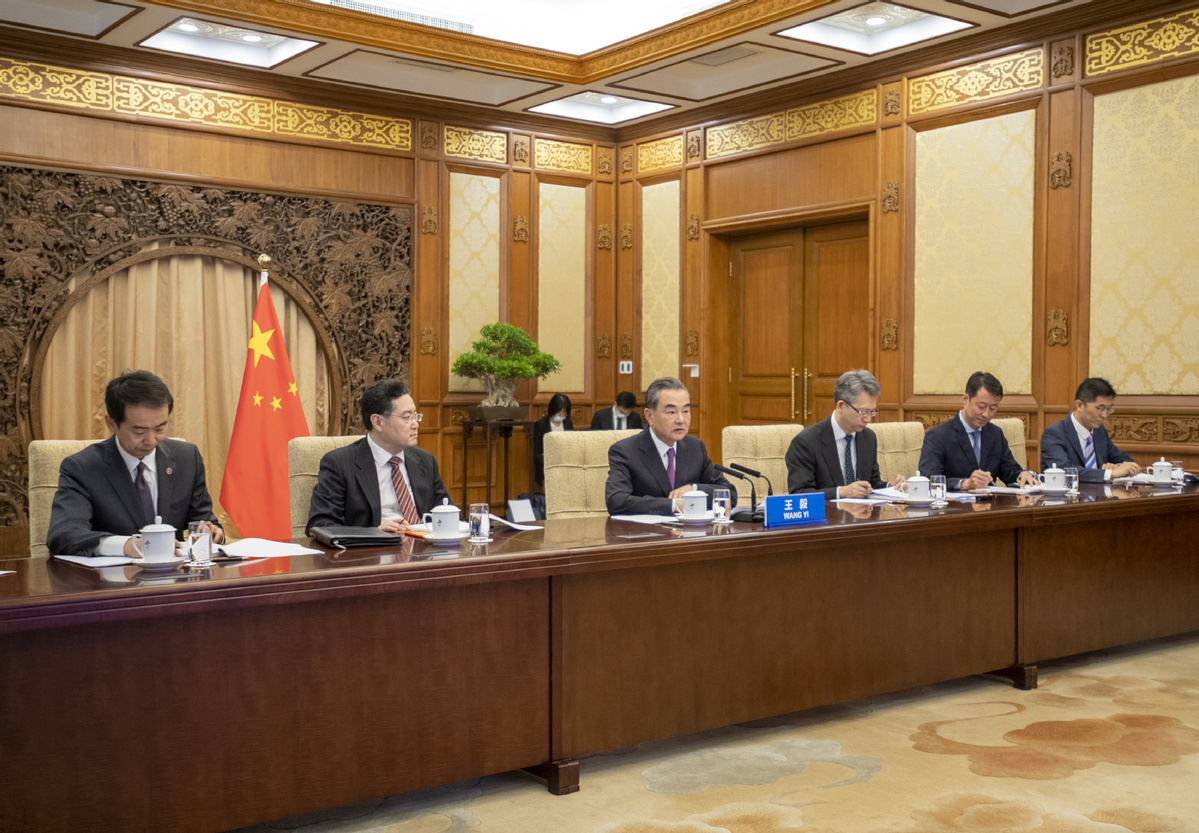 The 10th China-EU High-Level Strategic Dialogue chaired by State Councilor and Foreign Minister Wang Yi and European Union foreign policy chief Josep Borrell on Tuesday has sent many positive signals to the world despite being held through videoconferencing due to the novel coronavirus pandemic.

The sheer fact that China and the EU are continuing their dialogue at a time when the United States has largely rejected such constructive engagements is proof of a healthy China-EU relationship. Many encouraging messages emerged from the more than three hours' meeting.

The annual China-EU Summit, delayed due to the pandemic, will be held at the end of this month, again through videoconferencing. The Leipzig summit, the first of its kind between the top Chinese leader and leaders of all EU member states, is still on the agenda, and both sides are pinning their hopes on the possible finalization of the Comprehensive Agreement on Investment by the end of the year.

On the global stage, China and the EU are major forces upholding multilateralism as the US resorts to unilateralism and trade protectionism.

On Tuesday, Beijing and Brussels reiterated their commitment to the United Nations Agenda 2030 for Sustainable Development, the Paris climate accord and the Joint Comprehensive Plan of Action, popularly known as the Iran nuclear deal.

In his press conference after the meeting, Borrell said the two sides discussed how to deepen cooperation in Africa, once again showing China and the EU believe in win-win cooperation instead of indulging in US-style zero-sum confrontation. Senior US officials have spared no time in demonizing Chinese cooperation and development projects from Africa to Latin America.

Brussels has rejected Washington's bid to hijack the EU's policies, especially at a time when the US administration has shocked many Europeans with its poor response to the coronavirus pandemic and anti-racism protests, not to mention the US withdrawal from many international and multilateral agreements and organizations.

Borrell acknowledged China's growing global role, saying the EU will work with China to achieve its own global objectives based on its interests and values. He disagreed with the allegation that "China is playing a role that can threaten world peace", asserting that "they do not have military ambitions and they do not want to use force and participate in military conflicts".

These are indeed courageous words from a senior EU official considering the stereotyping of China by some Western leaders and media outlets.

Borrell also said the EU and China discussed what is meant by "systemic rival", a term EU first used in its strategic communication in March 2019 to describe China. Beijing has been averse to the use of such a confrontational term, especially because China and the EU established a comprehensive strategic partnership way back in 2003. The current EU leadership is not a fan of the term, which perhaps is the legacy of the previous EU leadership.

China and EU member states have different political systems, but that does not mean they have to be rivals. As their experiences over the past 45 years show, Beijing and Brussels, despite their many differences, can work together for the benefit of the peoples in China and Europe, as well as those in the rest of the world.

Wang Yi's reassurance on Tuesday that China will not export its political system or economic development model to other countries should help further assuage such concerns. Perhaps China and EU won't become the same anytime soon, or never, just like that EU's 27 member states are not the same and will not be all the same soon. What they should all focus on is expanding cooperation, especially in such a critical post-pandemic world.

There is no doubt that only when they expand cooperation, they will have a better chance to narrow differences.

The author is chief of China Daily EU Bureau based in Brussels. chenweihua@chinadaily.com.cn