Beijing has to sort out trash problems: China Daily editorial 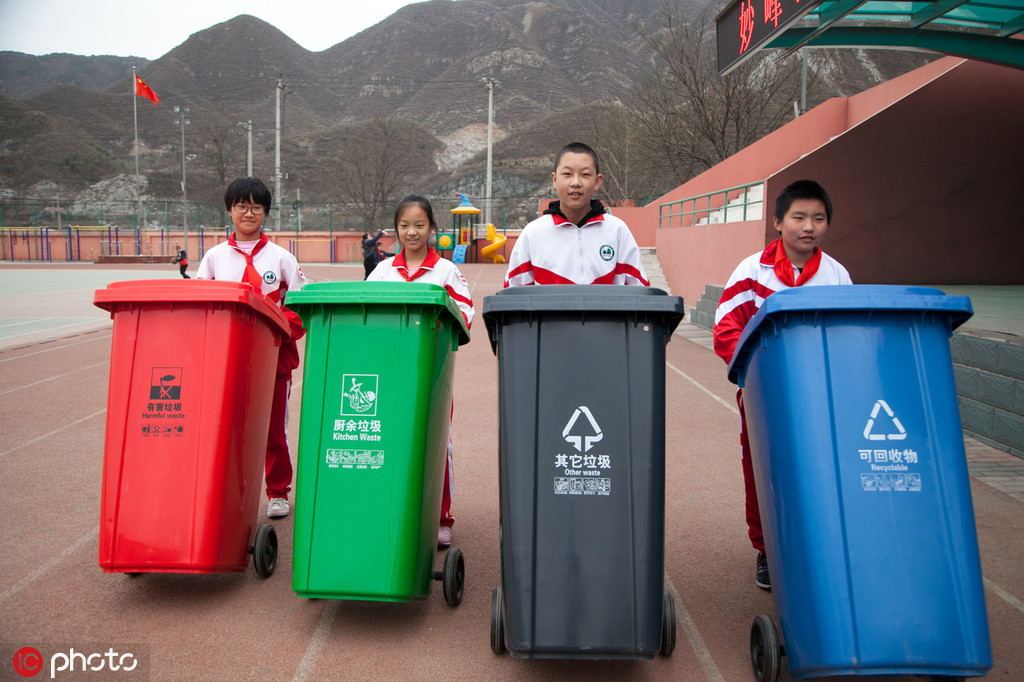 Students at a primary school in Beijing take part in a garbage sorting promotion activity on March 4, 2018. (Photo: IC)

It is nearly two weeks since Beijing officially started its citywide household garbage sorting program on May 1, and some problems are apparent.

For example, many residents are still unaware of the new practice, or do not know details about how to classify their trash due to a lack of grassroots publicity and education efforts. In some residential communities, the required trash bins of four different colors for kitchen, recyclable, hazardous and other waste have not yet been installed.

Although such teething problems are understandable, given the city still faces huge pressure to prevent a rebound in the novel coronavirus cases and trash sorting puts more pressure on the already heavily strained community workers.

But the capital could at least learn from the success of Shanghai — the first major city in China to start mandatory garbage sorting last year — where residents and volunteers in almost all neighborhoods were mobilized for the campaign. TV quiz shows tested people on sophisticated segregation guidelines, and even games and toys that explore fun ways to spread garbage sorting knowledge were developed for that purpose.

Beijing, which produces at least 26,000 metric tons of garbage each day, faces a pressing challenge to classify, dispose of and recycle its urban waste. Although it started to pilot trash sorting projects as early as 1998, sent resident representatives to accompany municipal officials and environmental experts to visit Japan to study its household waste sorting approach in 2010, and published China's first household waste management regulation that took effect in 2012, little, if any, progress has been made in reducing the amount of garbage it produces because of poor execution.

The experience of Shanghai proves that garbage sorting can significantly reduce a city's residual waste that goes to landfills — now only 20 percent of the city's trash is buried in landfills, as compared with more than 40 percent before the garbage classification program was launched.

Beijing must take the opportunity it has this time to make its garbage sorting campaign a success, by educating residents about the benefits of garbage sorting, forcefully implementing classification rules, and getting everyone involved with the help of grassroots community workers and non-government organizations. It may take time to foster a new eco-friendly lifestyle. But it is a thing worth doing, so it is worth doing well.