OPINIONS Beijing is ready to tackle all scenarios with Taiwan

Beijing is ready to tackle all scenarios with Taiwan 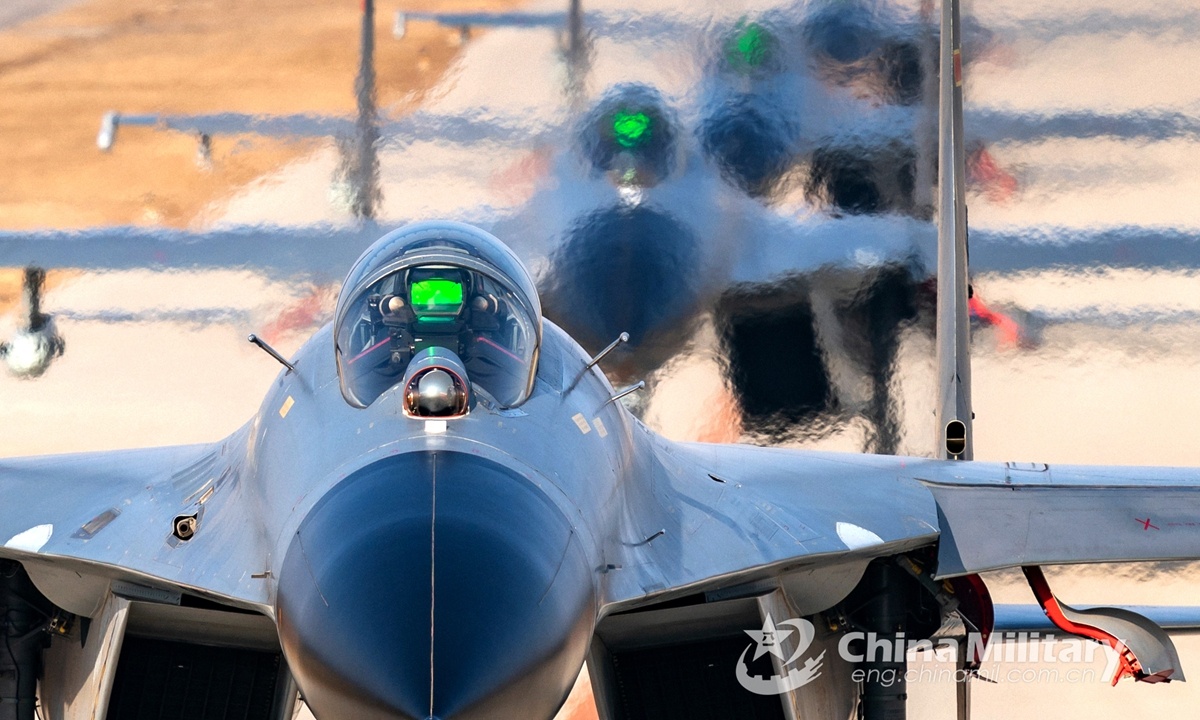 The Taiwan-based Central News Agency reported on Saturday that another 19 fighter jets and bombers from the People's Liberation Army (PLA) flew across the so-called "middle line" of the Taiwan Straits on Saturday and entered airspace close to the southwestern and northwestern parts of the island. It was unprecedented to see PLA aircraft fly close to the island of Taiwan on such a large scale for two consecutive days.

I believe it is the PLA's practical rehearsal for an island takeover. It clearly declared that the Chinese mainland no longer tolerates the underhanded collusion between the US government and the island's secessionist forces. Such collusion has become the mainland's prior and principal target to strike. It must be stopped otherwise the PLA will continue to upgrade its military operations, until an ultimate showdown.

US Secretary of State Mike Pompeo accused the Chinese mainland of "military blustering" on Friday, while the island's authorities blamed Beijing for "infringing on the peaceful status quo in the Taiwan Straits" on Saturday. The Chinese mainland doesn't need to pay any attention to the nonsense-talking.

The reason for the rising cross-Straits tensions is that Taiwan leader Tsai Ing-wen abandoned the "1992 Consensus" after taking office and changed the situation in the Taiwan Straits. Besides, the US has elevated its political and military ties with the island by approving the Taiwan Travel Act and increasing its arms sales to the island.

The wanton move of the US and the island to violate the one-China principle has led to the current deterioration of the cross-Straits situation. The PLA's large-scale aircraft operations and drills in recent days can be seen as a turning point for the mainland's strategic counterattack.

The PLA's jets have been just "an inch" away from the island of Taiwan. If the US and the island continue their collusion to secede the island from China, we believe that the PLA is resolute enough to launch cruise missiles over through the island, send fighter jets above the island to declare sovereignty, and carry out military drills there. As a result, a new military construct will be formed in the Taiwan Straits.

There are few people who believe the US troops will interfere in a cross-Straits military confrontation. Even if the US really does so, the PLA has also prepared for that scenario. The PLA is confident of defeating the US intervention into the Taiwan Straits, dealing a heavy blow the ambitions of US hegemony.

The Chinese mainland loves peace, but we are increasingly aware that peace must be supported by strong military capabilities and the determination to use such strength when necessary. The US and the island are developing their ties with underhanded moves, but now they have truly exposed themselves. Tsai's authorities shall either stop playing with fire before it is too late or prepare for dire consequences.