On Saturday, China's cross-departmental joint working group to Pakistan visited the scene of a bus blast in Pakistan to express condolences to Chinese nationals who were killed in the explosion. The group also started an investigation into the terrorist attack. As of press time, no group has claimed responsibility for the attack. 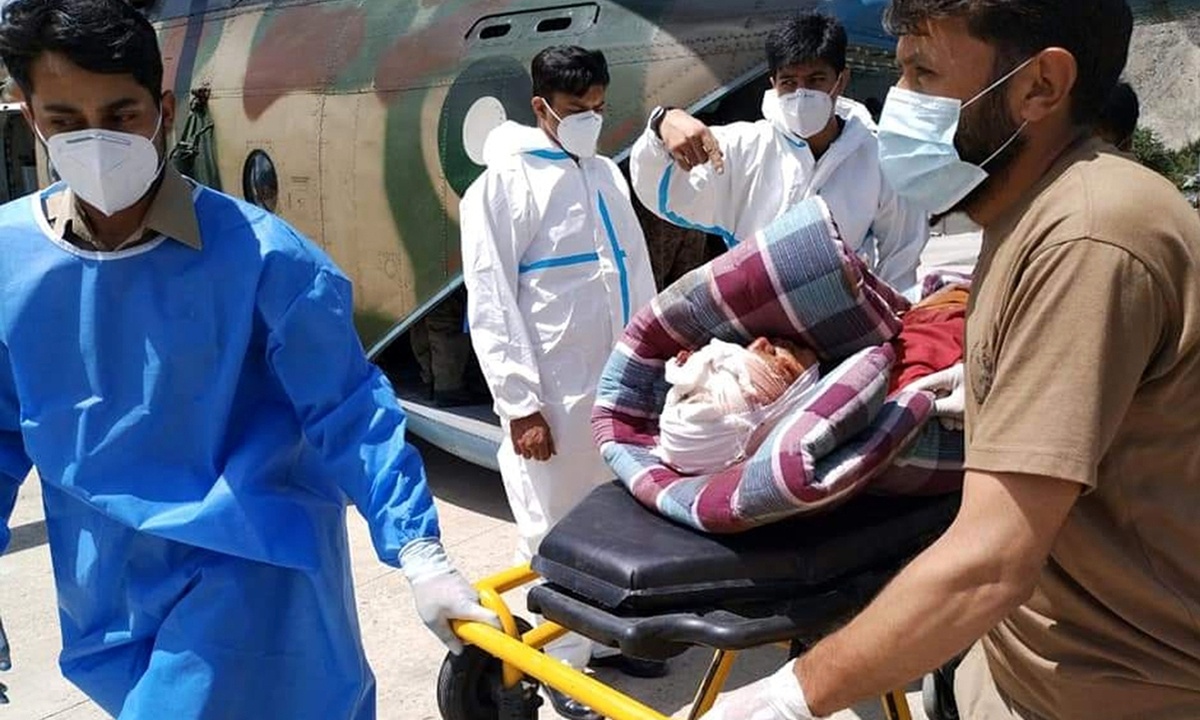 Wu Wei, deputy director-general of the Department of External Security Affairs of China's Ministry of Foreign Affairs who leads the joint work team, said that the all-weather friendship between China and Pakistan will not be shaken at all. Wu also said that the team has asked Pakistan to tighten up its security measures to ensure safety of all Chinese workers in the country.

The bus blast recalled many people's memory of a hotel bomb attack in the Pakistani city of Quetta in April. Although the Pakistani Taliban said it was behind the bomb attack and didn't specifically refer to China, but "locals and foreigners" at the hotel, while claiming responsibility for the blast, many Chinese people are still very worried about Chinese nationals in Pakistan.

Pakistani Prime Minister Imran Khan said in July 2020 that his government would complete the China-Pakistan Economic Corridor (CPEC) "at any cost." Such a statement showed the determination of Islamabad, as well as the complex situation there.

Since the 9/11 terror attacks in 2001, Pakistan has been at the frontline of the global anti-terrorist campaign - it is a global battleground front in combating terrorism. After the US launched the Afghan War, some of Al Qaeda and other extremists, hit by counter-terrorist military actions, fled into Pakistan, which made the anti-terrorism situation in Pakistan particularly grim.

Nonetheless, Pakistan has accumulated a lot of experience in its long-term fight against terrorism, Qian Feng, director of the research department at the National Strategy Institute at Tsinghua University, told the Global Times on Sunday. "We believe that Pakistan is capable of handling anti-terrorism and security well and ensuring the safety of the Chinese nationals stationed there. There is no doubt that the Pakistani government is very firm and diligent in protecting Chinese investment projects there," Qian noted.

Beijing and Islamabad have cooperated closely in their anti-terrorism efforts. As a result of the joint work, Hasan Mahsum, head of the terrorist group East Turkestan Islamic Movement, which was behind various violent terror attacks in China's Xinjiang, was shot dead by the Pakistani army in 2003. This was done in a joint anti-terrorism raid along the Pakistan and Afghanistan border.

However, the international situation in South Asia remains complex. Some extremist groups in Pakistan may have also received support from abroad, making the Pakistan government's anti-terrorism work more arduous.

It is believed that Islamabad has the ability and political will to prevent terrorist attacks against Chinese personnel in Pakistan - despite mounting challenges to the security situation and the potential violence targeted at Chinese interests and investments there. If Islamabad has any need in this regard to combat terrorism, Beijing will surely provide assistance.

To illustrate this, during the Chinese joint work team's visit to Pakistan, it will undergo more in-depth consultations with local security authorities in Pakistan to form a better mechanism to maintain security and stability there.

Qian said that the two countries can strengthen cooperation in equipment, materials and information sharing. "China and Pakistan have the ability to contain the unstable factors in the security situation on Pakistani soil," he said.