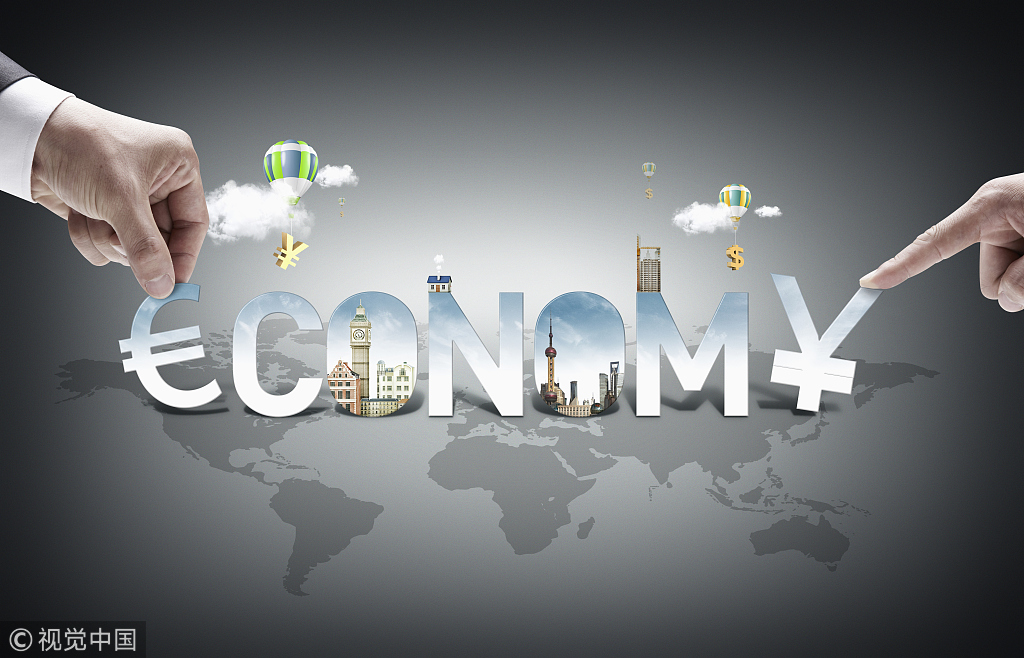 It is barely two months since the head of the International Monetary Fund warned that an accelerated slowdown of the Chinese economy was raising the threat of a global economic storm.

The stark warning from Christine Lagarde at the World Government Summit in Dubai in February came shortly after the IMF lowered its global economic growth forecast for 2019, from 3.7 percent to 3.5 percent.

Her remarks added to concerns expressed by economists during the previous two years about the slowing pace of China's growth, which is now a key driver of the global economy.

The rest of the world had become accustomed to astronomic Chinese growth rates during the three decades in which the nation rose to second place in the ranks of world economies.

With China now accounting for almost 20 percent of world economic activity, compared with seven percent in 2000, the threat of a slowdown led to something close to panic among global analysts.

Would China be able to handle the trend to lower growth? Would its failure to cope lead to another global crash?

Already, however, indications that China's response to the economic challenges might actually be working have persuaded some analysts to shelve their worst-case scenarios.

In late March, world markets responded favorably to unexpected positive news from the Chinese manufacturing sector, which rebounded that month, according to the official index.

Purchasing managers in China reported a recovery in factory activity in all sectors, with their index rising to a six-month high of 50.5, from 49.2 in February, well above most economic forecasts. Any rating higher than 50 indicates expansion, rather than contraction, of the economy.

The rise was seen abroad as an indicator that Beijing's measures to support the economy were having an effect. After a gloomy start to the year, Chinese stocks rallied to reach their highest level in 2019 following the positive news on manufacturing. It represented the best single-quarter market rally in half a decade.

Foreign economists acknowledged that the brighter news in March was a sign that increasing government spending on infrastructure projects was feeding through to the broader economy. The authorities have fast-tracked a range of projects, including transport and power generation, in order to kick-start the slowing economy.

The impact of such infrastructure spending, and a program of tax cuts launched by Beijing, is now being acknowledged beyond China – grudgingly in some cases – as the precursor of a rosier economic picture by the second half of the year.

In a public update in mid-March on the government's work, Premier Li Keqiang said: "Looking back at the past year, we can see that our achievements did not come easily."

There had been setbacks in economic globalization, challenges to multilateralism, shocks in the international financial market, and economic and trade frictions with the US.

"We improved the composition of budgetary spending, put idle budgetary funds to use, and ensured spending in key areas," Li said. "We maintained a prudent monetary policy and encouraged financial support for the real economy."

The stimulus measures have been broadly welcomed in the rest of the world, with economists noting that the Chinese government was being more aggressive than others in stimulating its economy.

As a headline writer for Australia's ABC neatly summed it up: "Green shoots pop-up in the global economy as China keeps pumping."

Commentators also positively noted the Chinese government's commitment to encouraging funding for private-sector enterprises by putting all forms of ownership on an equal footing.

Others suggested that simply looking at raw growth figures was not necessarily the best way to gauge China's fiscal health as it moves toward a more consumer-oriented economy.

"China's ferocious economic growth has ended, and very few serious economists, in or out of China, still think its high GDP growth rates accurately represent the performance of the underlying economy," Michael Pettis, from the Carnegie Endowment for International Peace, wrote in a recent article for the Barron's business newspaper.

As economists look cautiously toward a brighter global economy by the end of this year, in large part as a consequence of measures undertaken by Beijing, many are at pains to point out that Chinese growth is not the only factor in determining global economic health.

As both Li and the IMF's Lagarde pointed out, tensions provoked by the US' trade conflict with China are another major factor in the present global outlook.

Lagarde listed Europe's Brexit crisis and global financial tightening, along with a Chinese slowdown, and trade tensions, as the "four clouds" that presaged her predicted global storm.

But that was in February. Two months, it seems, is now a long time in global economic terms. Perhaps the storm clouds are now receding amid the prospect of resolving trade tensions and thanks to some clever economic footwork by Beijing.