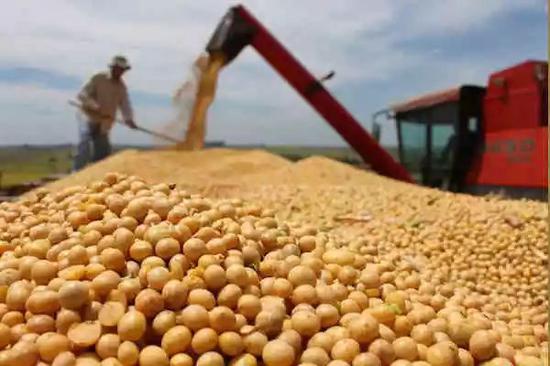 In a statement on its website on Wednesday, the State-owned China Grain Reserves Group, or Sinograin, said it had bought soybeans from the US. This is good news for US soybean farmers whose crops were left rotting in fields, and more importantly, an embodiment of Chinese sincerity to fulfill a promise to ease trade tensions with the US. The Chinese Ministry of Commerce confirmed on Thursday that China and the US will hold negotiations in January as scheduled. But the success of negotiations cannot solely depend on one side's efforts.China is implementing the consensus reached between Chinese and US heads of state on the sidelines of the G20 summit on December 1 to alleviate trade tensions, and it's expected the US will act reciprocally, avoiding any diversions that might curtail the chance of reaching an agreement within the 90-day framework for trade negotiations. There have been signs that the arrest of Meng Wanzhou, Chinese tech giant Huawei's chief financial officer, could be used by the US as leverage in trade talks with China. US President Donald Trump said directly last week that he was willing to intervene in the case if that helped secure "the largest trade deal ever made." Treasury Secretary Steven Mnuchin sought to play down the president's explicit comments on Tuesday before a vice-ministerial-level talk by phone between China and the US. But it is obvious to the outside world the arrest is a politics-driven case.China will never yield to such political blackmail. It has been increasingly clear that the arrest of Meng is a part of US efforts to suppress China's high-tech development and the radical action taken against Meng has made the US target of wide criticism. In a Washington Post article, commentator Zachary Karabell called the case against Huawei and its executive "a hideous political mistake." The Meng case and trade talks should go on separate tracks and trade friction should be dealt with by trade methods. China's position is clear: It is committed to protecting its citizens abroad, firmly demanding Meng be set free, while it will fulfill its promises, trying to wrap up trade talks with the US before March 1. Washington should understand there is no room for it to blackmail China. Seizing the opportunity of the 90-day truce to reach an agreement and stabilize China-US trade and economic relations is in line with US interests. The trade war has exerted a negative impact on the US economy. It's hoped that the US could treat the trade negotiations with sincerity and not let political factors disrupt trade talks. The 90-day countdown has already started, and the risk of losing opportunities and its catastrophic impact cannot be underestimated.