OPINIONS Being party to US power plays hurts Germany

Being party to US power plays hurts Germany 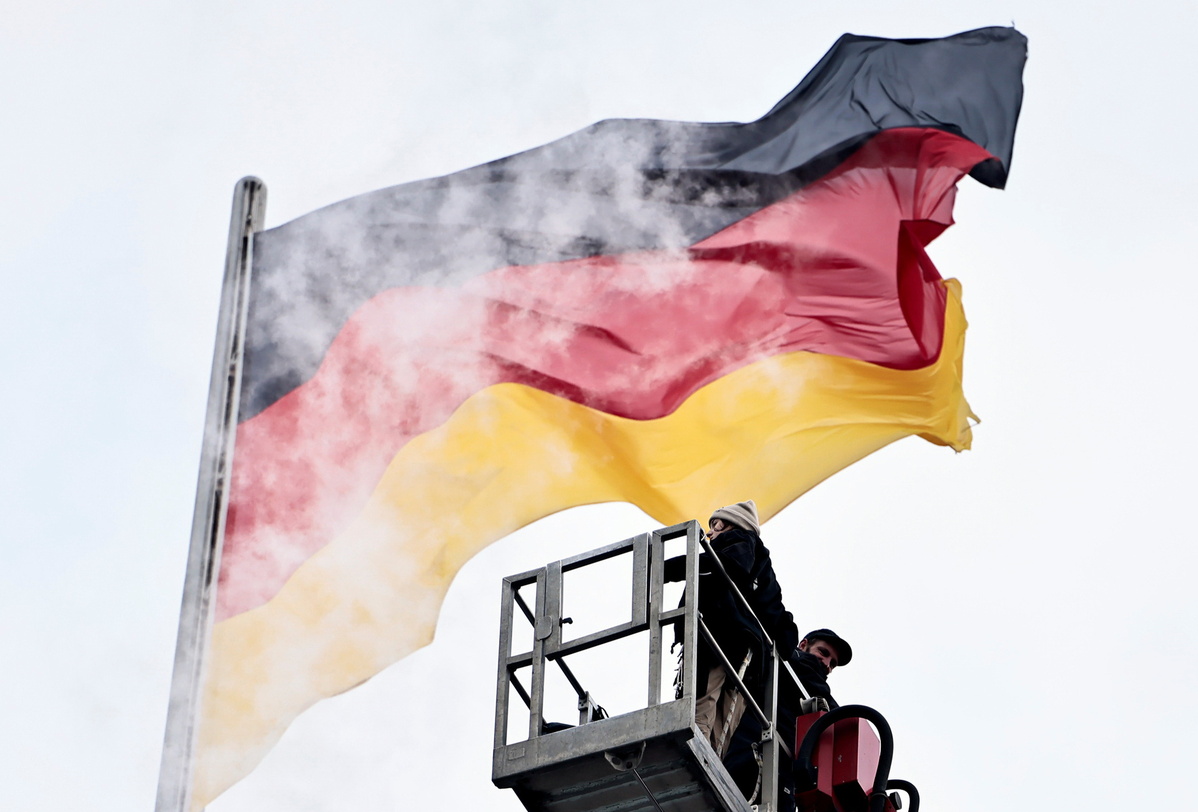 Workers are seen in front of a German flag on top of the Reichstag building in Berlin, Germany, on Sept 28, 2021. [Photo: Agencies]

The German government is reportedly working to reduce the country's dependence on Chinese raw materials, batteries and semiconductors, with the minister responsible for economic affairs saying on Tuesday that there would be "no more naivety" in the country's trade dealings with China.

Speaking to Reuters, German Vice-Chancellor and Federal Minister for Economic Affairs and Climate Action Robert Habeck said that Germany must understand that trade is "a new instrument of power". Declaring that the "fiction" of a united world with common trade was over, Habeck signaled that he was opposed to plans by China's shipping company COSCO to buy a stake in a container terminal operator at the port of Hamburg, citing concerns about Chinese takeover deals expanding from the technology sector into other industries.

However, Habeck also admitted that trade is "an instrument of solidarity". Certainly, it has brought China and Germany closer together. China has been Germany's biggest trade partner for the past six years, with volumes reaching over 245 billion euros ($246 billion) in 2021.

It is perhaps no coincidence that Habeck's comments come ahead of a meeting of the G7 trade ministers in Brandenburg this week. Germany has been heavily criticized by the United States and some of its allies since the Russia-Ukraine conflict erupted for supposedly being in Moscow's pocket as a result of the country being too dependent on Russian energy supplies. The new center-left government is no doubt keen to show that it has joined ranks with the other developed countries by taking a tougher line toward Russia and China than its center-right predecessor.

Yet Habeck will know that stopping COSCO from investing in the container terminal will hurt Germany's interests. Axel Mattern, CEO of Port of Hamburg Marketing, has spelled it out clearly: "A refusal of the Chinese would be a disaster, not only for the port but for Germany."

And it is not as if COSCO is an unknown entity. On Aug 27, the port celebrated the 40th anniversary of the first Chinese ship reaching what is now HHLA Container Terminal Tollerort, which marked the start of their long association. Given the increasing global uncertainties and challenges, "long-term, trusting customer relationships — like the ones HHLA has tended to for 40 years in trade with China — are that much more important now," as Angela Titzrath, chairwoman of HHLA, said after the proposed investment was announced.

Blocking the investment will not only strain the friendship between the two companies, it will also cast a shadow over the relations between the two countries. The German government should not let itself be cajoled into being party to Washington's injurious power plays.