Note: The following is an edited translation of an article from the Chinese-language "Commentaries on International Affairs."

China announced its official economic statistics for 2018 on Monday. Among the stats, the country's gross domestic product (GDP) exceeded 90 trillion yuan for the first time, an increase of 6.6 percent year-on-year, achieving the expected growth target of about 6.5 percent. The consumer price index (CPI) rose by 2.1 percent year-on-year, lower than the expected target of around 3 percent. 13.61 million people were newly-employed in cities and towns, or 123.7 percent of the employment target for the whole year. The per capita disposable income of residents reached 28,228 yuan, which increased in real terms by 6.5 percent after deducting pricing factors, which is faster than the per capita GDP growth. The total import and export volume of goods exceeded 30 trillion yuan for the first time, a year-on-year increase of 9.7 percent, a record high. These major economic indicators show that China has successfully achieved the economic growth forecast proposed at the beginning of last year and remains a powerful engine for world economic growth. 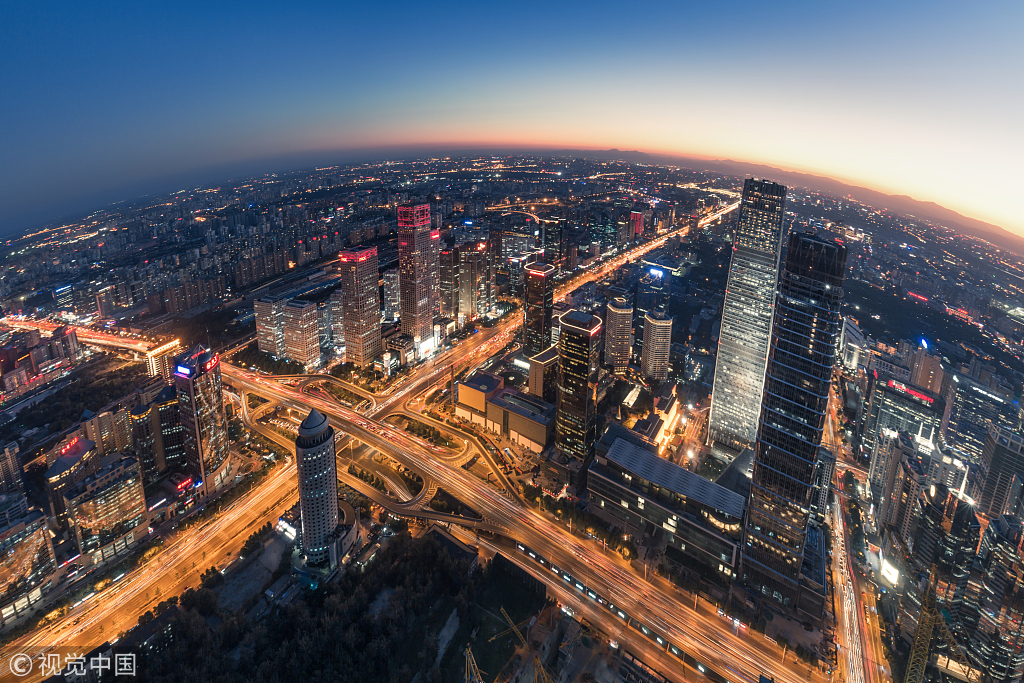 2018 was an unusual year for China. As the first year for the full implementation of the development blueprint set at the 19th National Congress of the Communist Party of China, China underwent a deepening of reforms and expanded openness. The country also had to deal with the risks of anti-globalization and trade frictions, while still maintaining economic growth within a reasonable range. In this intricate development environment, it was a significant challenge for China to manage to accomplish and achieve its main targets of growth.

In terms of the economic growth rate, 6.6 percent is the slowest growth rate in recent years, but is still in a reasonable range. It is in line with China's transformation expectations and requirements for promoting economic growth from high-speed to high-quality. It should be pointed out that this growth rate is still on the forefront of the world's major economies. China contributed more than 30 percent of global economic growth last year and remains the largest contributor to the world economy.

The phenomenon of short-term fluctuations in the process of economic development remains normal. The key is to maintain this development trend over the medium and long term. The International Monetary Fund released its 2018 annual report on the Chinese economy last July, pointing out that China's economic and growth prospects continue to perform strongly. The latest official data has confirmed this analysis.

A number of economic statistics for China last year are quite revealing, highlighting the transformation and progress of the Chinese economy in high-quality development. For example, personal consumption now makes up 76.2 percent of China's GDP. Total retail sales have increased by 9.0 percent year-on-year, and the Engel's coefficient for Chinese residents decreased by 0.9 percent year-on-year. This indicates that Chinese consumption is becoming the main driving force for economic growth. The growth of investment in manufacturing, especially high-end manufacturing and private investment, also plays a stronger supporting role in the economy. China's trade with its major partners continues to grow, with imports and exports with countries along the "Belt and Road" growing by 13.3 percent, 3.6 percentage points higher than the rise in the total import and export volume of goods. This shows China's trade structure is being optimized and is well-suited to dealing with trade frictions. Meanwhile, the proportion of clean energy in China's overall energy consumption has increased by about 1.3 percent year-on-year, which is a testament to China's green development plan.

These highlights in the data also show that in a complex international environment, the Chinese economy demonstrates strong resilience and risk resistance, and is likely to carry gains from 2018 through 2019 in terms of high-quality development.

This year marks the 70th anniversary of the founding of the People's Republic of China. It's also being described as a crucial year for the ruling Party to establish a moderately prosperous society in all respects. Faced with various uncertain factors around the world, China's development may encounter more challenges and difficulties. At a meeting in December, the Political Bureau of the CPC Central Committee put forward priorities of stabilizing employment, finance, foreign trade, foreign investment, as well as stabilizing overall investment and expectations. Leading officials also demanded maintaining a strategic position and focusing on stable growth, which reflects a deep insight and awareness into potential problems, as well as a sense of urgency by the country's decision-makers about the current domestic and international environment and risks.

The National Bureau of Statistics (NBS) has also been expressing concerns about certain elements of China's economy. Despite China's stable growth, the NBS is warning that downward pressure on the economy is increasing due to the complex and severe external environment. China has begun to focus on a number of different aspects to deal with this, including accelerating upgrades to the economic structure, increasing scientific and technological innovation, deepening reform and opening up, accelerating green development and participating in the reform of the global economic governance system.

The annual Central Economic Work Conference held at the end of last year made an important judgment, noting that China finds itself at a strategic period of opportunity. The newly-published economic data for 2018 shows that the fundamentals of China's healthy and stable economic development have not changed, the conditions for supporting high-quality development have not changed, and the overall momentum toward long-term, stable growth has not changed. In the end, the world should be looking upon China's development with full confidence for the future.