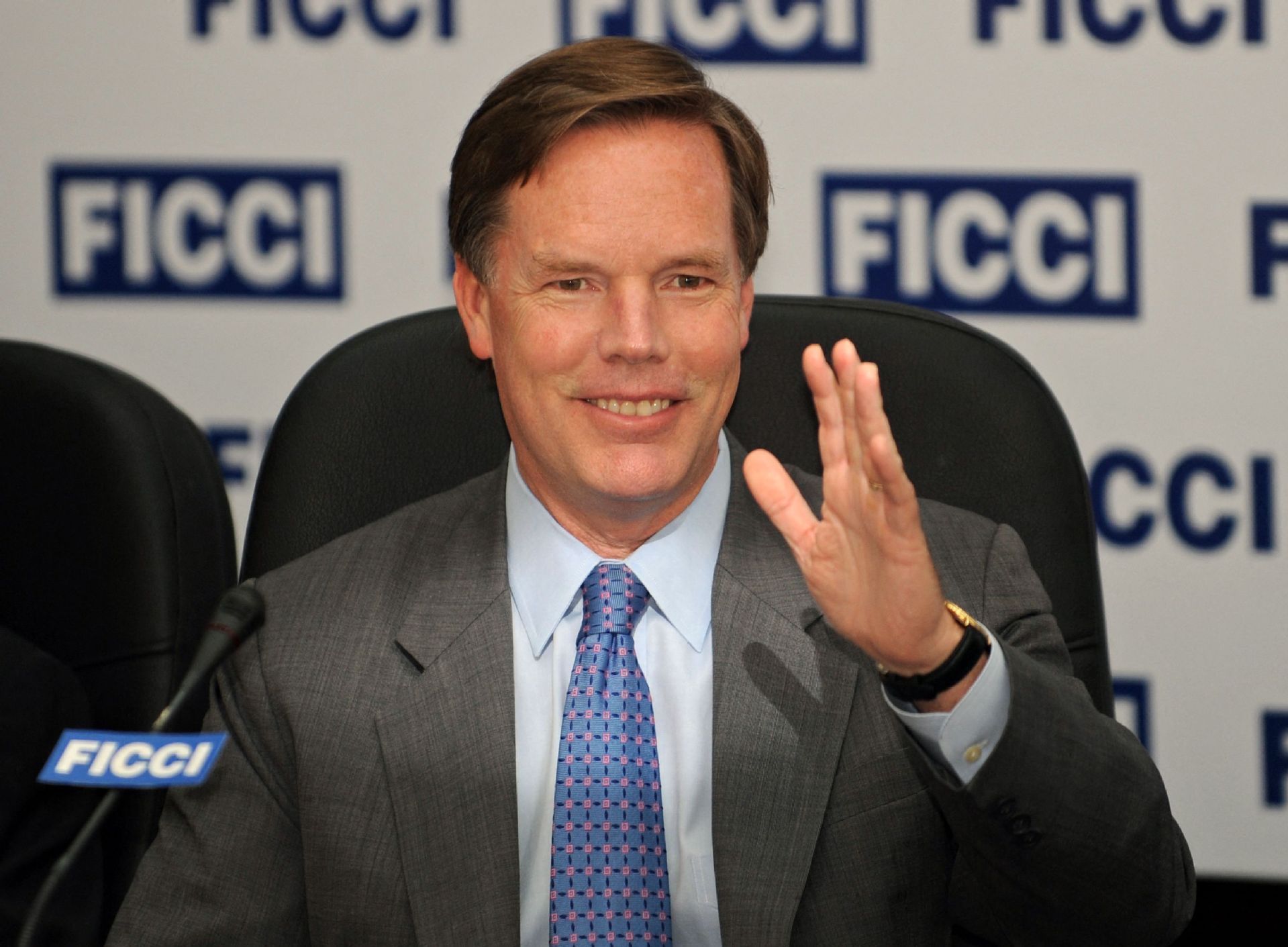 In this file photo taken on August 18, 2009 Nicholas Burns gestures as he talks during a meeting at the Federation of Indian Chambers of Commerce and Industry (FICCI) headquarters in New Delhi. (Photo: agencies)

After Terry Branstad left the post in October, the position of United States ambassador to China has remained unoccupied for about 10 months. That it has taken President Joe Biden seven months to make his nomination suggests some consideration has gone into the decision.

Given the complexity of Sino-US relations, Biden has opted for experience, nominating veteran diplomat and Harvard Professor of International Relations Nicholas Burns for the role on Friday.

Burns will certainly have a lot to do if he is confirmed.

Although he has generally shown a tough attitude toward China, his opinions on China are said to be relatively balanced compared to many in Washington.

Despite being expected to toe the line the Biden administration has adopted toward China, since he is not fluent in Chinese or even a China specialist his detachment might serve him well in the role given the current climate for bilateral ties.

He can be, and certainly should be, more than simply a yes man. As ambassador, Burns will be able to relay his personal findings and thoughts to the top decision-makers of the US. Since he has no work or study experience directly related to China, he might be able to gain a more ready ear for his impressions of the country, which if he is objective could have a positive influence on ties.

No matter how tense the interactions between the two countries have become, Burns will be able to appreciate from his interactions with people from all walks of life that the Chinese people are friendly and open-minded. He will realize that the door for dialogue and cooperation is always open, as long as there is mutual respect.

During Deputy Secretary of State Wendy Sherman's visit to China in late July, in response to the US' cooperation-competition-confrontation trichotomy in its China policy, the Chinese side presented her with three redlines and two to-do lists. Should he take the post, these provide Burns with a clear framework in which to plan his future work.

As Beijing has already seen through the hypocrisy and deceptive nature of the Biden administration's China policy, the future US ambassador should skip any parroting of its parlances, and think of how he can be more proactive and productive in helping to complete the items on the to-do lists to get ties back onto a healthy track.

The onus is on the US to address the trust deficit between the two sides. The US knows what to do, and its ambassador can help ensure it does it.

And while helping to prevent the differences between both sides being exacerbated and going out of control to trigger clashes, Burns would be able to do an even greater service to the US if he could convince Washington that it is pursuing a flawed and futile policy in seeking to contain China, and that it is a policy that is not in the best interests of the US.