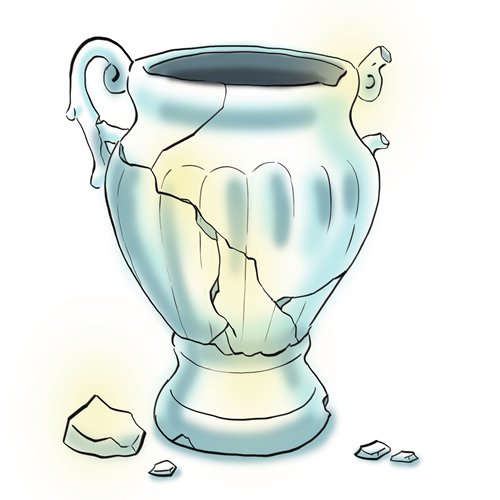 French President Emmanuel Macron won the election last May mainly because he vowed to "defend France, defend Europe, and strengthen links between Europe and its people." Since he took power, he has expounded on how to reshape Europe and called for closer EU integration with Germany. However, Angela Merkel gave a restrained response after winning a fourth term as German chancellor last September, because of her difficulty in forming a new cabinet and strategic considerations. After all, revitalizing Europe is not as easy as formulating a new Elysee Treaty signed by France and Germany in 1963, as Europe and the world have undergone tremendous change after WWII.
France and Germany find it hard to coordinate. They cooperated to promote EU integration for their own interests. Back then, former French president Charles de Gaulle did his utmost to prevent Germany from establishing a central government that could easily mobilize the public, put its industry under control of multiple countries and its regions adjacent to France within Paris' jurisdiction. But his plan was rejected by the US and Britain due to its weak national strength.
In addition, given the rapid change in international political landscape, Washington and London changed their policy toward Germany and supported its development in the early 1950s, in a bid to turn the country into an outpost for countering Eastern Europe led by the Soviet Union. In this context, France had to adjust its German policy and give effect to Berlin's EU integration.
French policy was embraced by Germany whose economy grew rapidly after 1945 but which was still politically isolated for its wartime crimes. In fact, by seeking reconciliation with France, Germany took a major step forward toward a normal country. The Franco-German relationship then featured mutual help and acted as a driving force for EU integration.
After the end of the Cold War, Germany became a normal state and enjoyed stronger national power and increasing global influence. By contrast, France was declining internationally. As a result, Germany has played a leading role in the EU.
It's natural that Germany is cautious about Macron's push for revitalizing Europe. German negotiations on forming a coalition government stymied France's economic proposals for eurozone. Perhaps Berlin doesn't want to contribute without getting proportionate decision-making rights.
Other EU member states harbor mixed feelings toward the role of France and Germany, especially the latter, as the EU's growth driver. They are not sure whether Germany can lead Europe.
Despite enormous contribution in addressing the debt crisis of European countries like Greece, Germany has faced strong adverse reactions in these countries. In Greece, protesters carried posters comparing Merkel to Hitler in Athens. Some EU members called for German WWII reparations. Germany has to tackle unresolved historical issues before leading Europe.
Similarly, Germany provided substantial financial support to deal with the refugee crisis, but in return faced  criticism or even resistance, as well as media attack from the countries involved. A series of distorted reports from some Eastern European countries, dug out by German media last July, claimed that "Germany attempts to occupy Eastern Europe through the EU" and "Europe is under control of Berlin." Western and Southern European states also worried Germany and France would impose their will on others.
The EU integration progress is determined by domestic conditions of member countries. For Germany and France, ensuring a sound domestic environment is the prerequisite for leading the EU.
Since he assumed office, Macron has strived to promote reform to make the economy head in a positive direction. However, it is uncertain whether his new plans to cut over 100,000 jobs in the French public sector would trigger a backlash. His cancellation of the Notre-Dames-des-Landes airport project last month caused doubt among the French public whether Macron would back off if his reforms face enormous hurdles.
Paris and Berlin are clear that EU integration is closely related to the international environment. They strive to play a bigger role in the global arena through Europe or even benefit more from the increasingly fierce global competition. But treating the EU as a tool to gain benefits widens the rift inside the bloc. EU integration is also facing strong headwinds from the US and Britain.
Push for closer EU integration is restricted by various factors. Yet what's predominant is still domestic problems of EU members. The key to revitalizing Europe lies in addressing financial and refugee crisis plaguing the bloc, spurring economic growth and meeting people's demand for education, employment and security.
(Jiang Feng is a scholar with Shanghai International Studies University.)