Best way to honor General Scowcroft is to put China-US relationship back on right track: Embassy 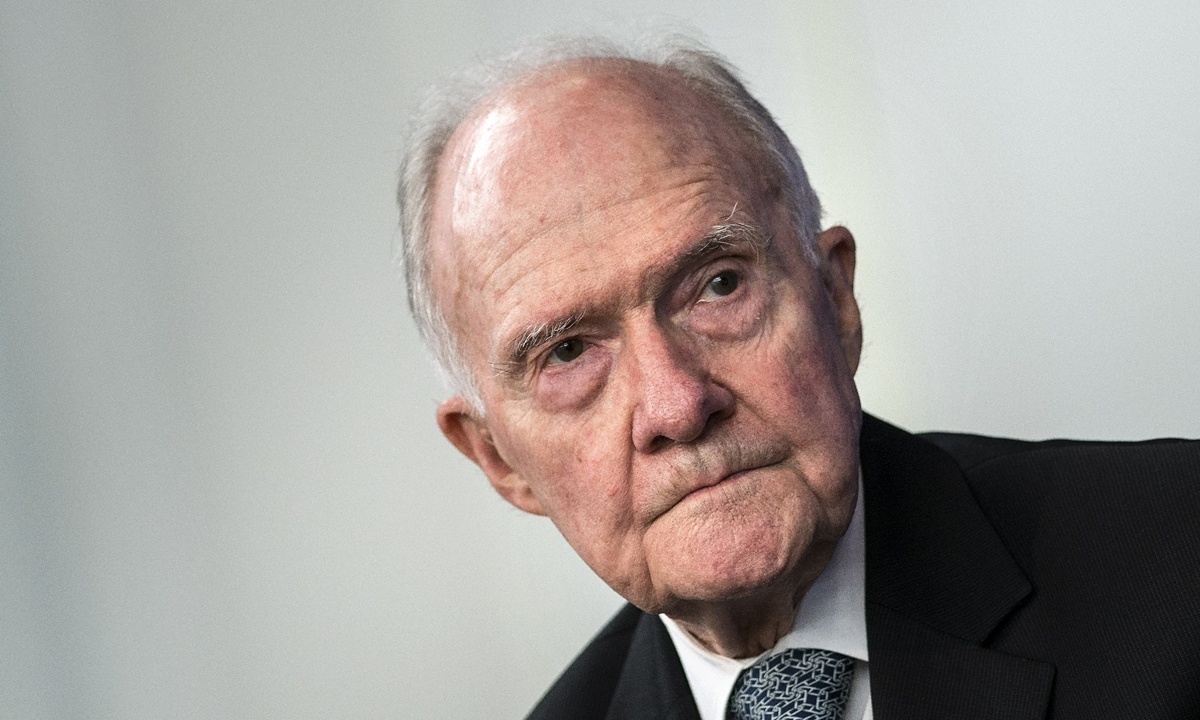 The best way to honor General Scocroft is for both sides to work together to put China-US relations back on the right track despite current disturbances and difficulties, the Chinese Embassy in the US said on Saturday following the passing of General Brent Scowcroft, former US National Security Adviser to the President and old friend of the Chinese people, who made a great contribution to promote bilateral cooperation in difficult times.

The passing of Scowcroft shows that rational voices and individuals acting as bridges will be less in frequency in the US to ease confrontations as many US officials who held onto the bottom line to safeguard bilateral ties despite divergences have passed away, while the current administration loses its mind destroying the fruits of the two sides' efforts in cooperation and bilateral ties over the past four decades, analysts warned.

General Scowcroft, a two-time US national security adviser for Presidents Gerald Ford and George H.W. Bush, died of natural causes at the age of 95 on Thursday at his home in Falls Church, media reported.

The Chinese embassy wishes to express its heartfelt sadness at the passing of General Scowcroft and to send sincere condolences to his family, according to a statement on the embassy's website.

General Scowcroft was an accomplished statesman, diplomat and old friend of the Chinese people. He made important contributions to the China-US relationship, while supporting and promoting its growth throughout his career, read the statement.

Maintaining and developing a healthy, stable China-US relationship is in the interests of both the two countries' peoples and the international community. With joint efforts from the two sides, we hope to put the relationship back onto the right track despite current disturbances and difficulties. This is the best way to honor General Scowcroft, the embassy noted.

The embassy mourning the passing of Scowcroft was a clear signal that China sent to irrational US politicians like present national security adviser Robert O'Brien, Diao Daming, an associate professor at the Renmin University of China in Beijing, told the Global Times.

"It reminded them to be down-to-earth like Scowcroft in dealing with China-US relations, taking into account the interests of the two countries and their people rather than personal gains," Diao said.

The Current US administration has gone crazy destroying the fruits of the two sides' efforts in cooperation and bilateral ties, analysts said. 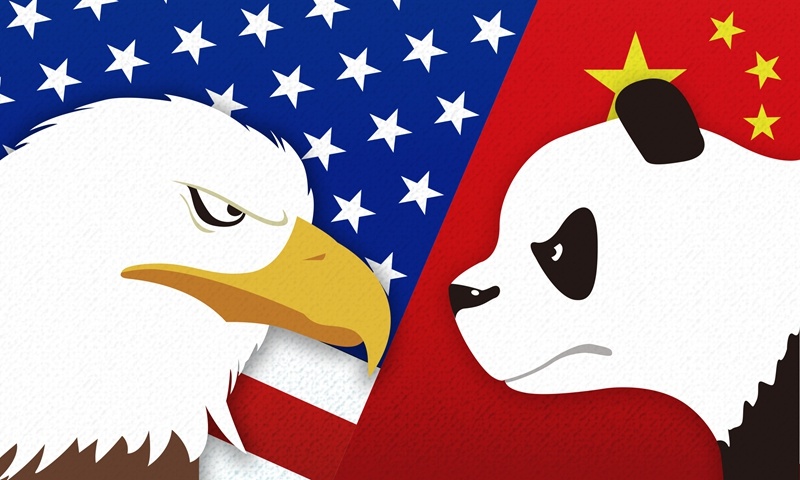 "The US' current extreme absurd policies toward China are a consequence of the blind mad anti-China sentiment from its numerous high-level politicians such as O'Brien," said Li Haidong, a professor at the Institute of International Relations at the China Foreign Affairs University.

Nonetheless, the influence of the adviser's advice and suggestions are limited and largely depend on the president's own will, he added.

Successive people who took up this post varied in attitude toward China. There are China-friendly individuals such as Scowcroft and Henry Kissinger, who upheld cooperation and communication; but also hard liners like John Bolton and O'Brien.

O'Brien, visibly less professional than his predecessors in terms of diplomacy, usually caters to Trump's pleasures by taking up his poor logic regarding China-related policies and strengthening them into extreme attacks and smear campaigns against China, Diao commented.

Scowcroft was one of the first US senior officials that visited China and accompanied Richard Nixon, the 37th US president, on his historic journey to China in February 1972 as a military assistant.

In 1989, when bilateral ties entered a difficult period, he visited China twice, separately in July and December, as a special envoy of the 41st US president George H.W. Bush, playing an important role in restoring China-US ties.

China's former leader Deng Xiaoping met with Scowcroft in December 1989 during the latter's visit, which Deng said was a vital act.

Despite problems and divergences, China-US ties should improve after all, which is in accordance with the need for world peace and stability, Deng noted.

A big contribution that Scowcroft and then president George Bush made toward China-US relations was that they kept holding onto the bottom line of never breaking ties with China even though there were divergences between the two countries, according to Li.

It was a hard-won effort that Scowcroft resisted domestic pressure and visited China at the end of the 1980s, when the calls to break off relations with China had almost overwhelmed American society, Li told the Global Times on Saturday.

"He clearly knew that China-US relations were so crucial to both countries that they mustn't be destroyed by the atmosphere of US domestic political and public opinion," he said. 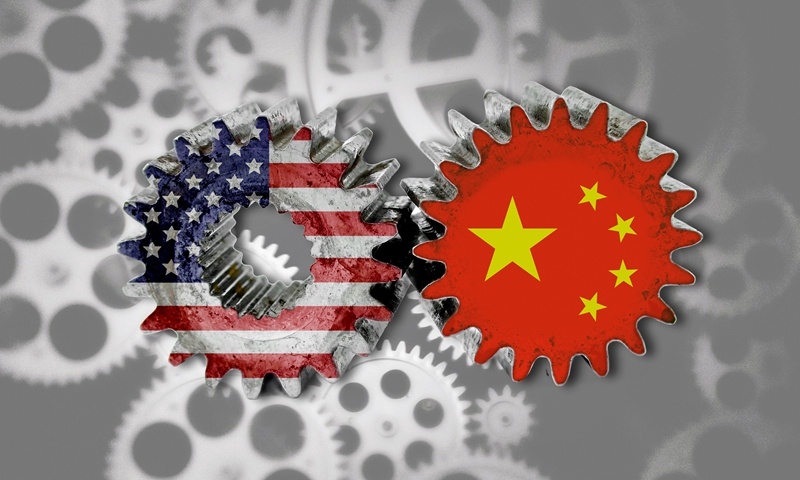 China is a "rapidly growing power with growing interests around the world, and we need to work together," Scowcroft told Xinhua News Agency on the sidelines of a seminar in 2013.

There are no areas in which China and the US could not discuss to deepen their collaboration, as both countries have "worldwide" interests, he added.

Scowcroft was consistent with president Bush in terms of diplomatic principles, that was, the US shouldn't conduct foreign policy toward a country solely based on whether its ideologies and political systems are similar to those of the US, Li said.

Following this principle, Scowcroft kept a cool-head regarding China-US relations and had been offering reasonable views and advice to the US' numerous debates on policies toward China over the years since the 1990s, Li said.

"His rational voice was valuable to the US political community," Li commented.

Regarded as soft-spoken and genteel, Scowcroft was significantly influential in US foreign policy over the last quarter of the 20th century and was seen as promoting a "realist" foreign policy that valued overseas alliances, according to CNN.

Unfortunately, rational voices are fading in the US today since its many former China-friendly top officials who had made great efforts in improving China-US relations in the 1970s and 1980s, including Scowcroft and former presidents Richard Nixon and Bush, have all passed away, Li said.

As a result, the US lacks individuals acting as bridges to ease contradictions when current China-US relations come to a deadlock, said Li.

Amid lunatic attacks from the US administration, from the trade war, the crackdown against Chinese company Huawei, to the recent ban on Chinese social media app TikTok and so-called sanctions on China for issues related to Hong Kong and Xinjiang, China has remained calling for calm and bilateral communications.

In an interview with Xinhua on Wednesday, Chinese State Councilor and Foreign Minister Wang Yi vowed to cool off tensions and set out a clear framework for bilateral relations, showing that China will always maintain rational and strategic willpower in discourse while preparing for any bumps in the road ahead.

"The past 41 years has not been all smooth sailing for China-US relations. There have been ups and downs and even major setbacks along the way. However, the two countries have always approached their relationship from a historical perspective and with the bigger picture in mind," Yang Jiechi, a member of the Political Bureau of the Communist Party of China's (CPC) Central Committee and director of the Office of the Foreign Affairs Commission of the CPC's Central Committee said in a signed article published on Friday by Xinhua.

"What has happened shows that no obstacle is insurmountable for China and the US. The key lies in a true commitment to mutual respect, equality and seeking common ground while shelving differences. It lies in the courage to take up the responsibility for history and the people, Yang noted.