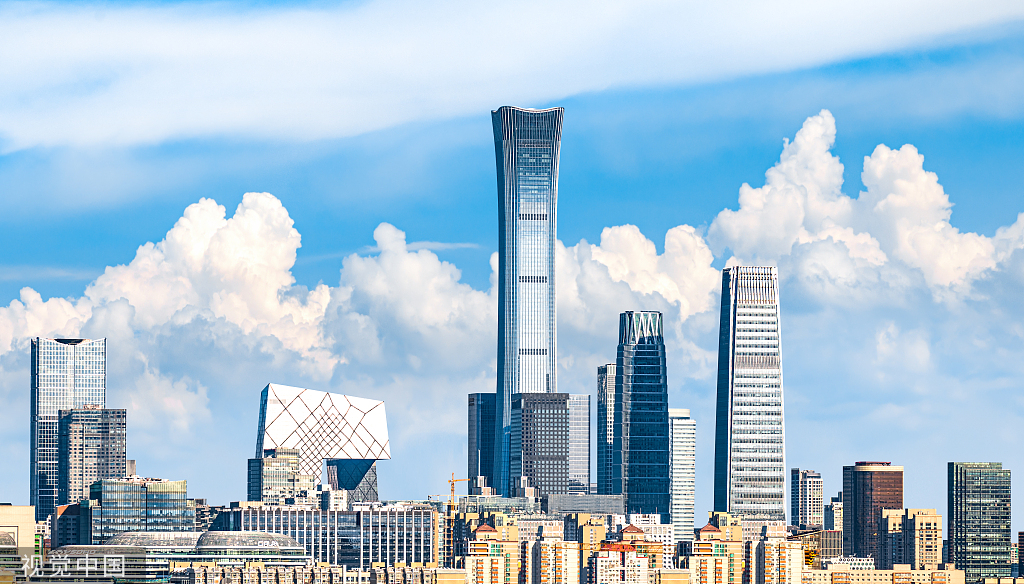 The skyline of Beijing. Photo/VCG

The Beijing municipal government has made great efforts to protect the blue skies over the past five years, with the annual average concentration of fine particulate matter in the air dropping to 30 micrograms per cubic meter, down 48.3 percent since 2017, an achievement the United Nations Environment Program has hailed as the "Beijing Miracle".

According to data released by the Beijing Municipal Ecological and Environmental Monitoring Center, the number of good days that reached the grade-one standard increased by 24 in 2022 from a year ago, with a total of 286 clean air days and only three heavy air pollution days. This shows that Beijing has laid a solid foundation for retaining blue skies.

Once upon a time, fog and hazy weather were a lingering "ailment" for Beijing. Today, it is not uncommon to see stars in Beijing's sky on most nights. Last year, Huang Runqiu, the minister of ecology and environment, showcased a star orbit image taken at the Meridian Gate of the Imperial Palace, a true reflection of Beijing's air pollution control results. It can be said that Beijing's transition from "being heavily circled by haze" to the long staying of "Beijing blue" depends not only on a series of effective and timely measures launched by the relevant authorities, but also on the close cooperation among people from all walks of life in the capital.

Of course, behind this remarkable achievement is greater understanding of the relationship between man and nature, that is, people depend on nature and the environment for survival, and only by protecting the environment can they create a better homeland and life. This kind of interdependent relationship should be protected. To some extent, it is a deeper understanding of this relationship among the government and ordinary citizens that has contributed to the return of blue skies and fresh air in Beijing.