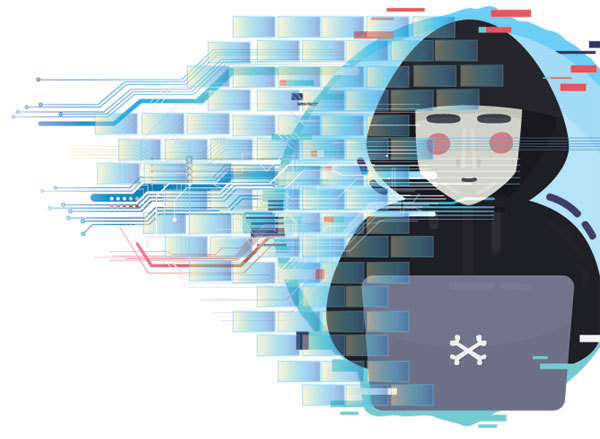 The emergence of digital technologies has reshaped people's lives and made a difference to the world, but one cannot miss the flip side of the coin: many digital tools have been used to erode security and violate privacy.

Data security risks warrant an urgent need to foster effective global digital governance in a world with growing interconnectivity, in order to safeguard national security, public interests and individual rights of all countries.

In recent years, digital security issues have become a major source of concern worldwide. Cyber attacks, as well as massive data fraud and threats, have ranked among the top five global risks for two consecutive years, according to the Global Risks Report 2019 published by the World Economic Forum.

For some time, the international community has been making steps forward in finding a solution to challenges posed by digital security issues. In June last year, a panel appointed by the United Nations released a report titled "the age of digital interdependence," providing recommendations to maximizing the benefits and minimizing the harms of digital technologies.

Despite stakeholders worldwide making progress over the issue, cyberspace has been exploited by certain countries as a new realm for double standards and hegemonic practices that harm personal privacy and national security.

Edward Snowden's revealing of US surveillance program Prism, documents published by Wikileaks, and reports on the Equation Group have exposed the fact that the United States has been, for a long time, behind numerous activities that tap into user data of global tech giants and spy on other countries, including US allies.

Ironically, some politicians in Washington have made a countercharge, touting the so-called Clean Network program and purging digital tech firms of other countries under the pretext of national and digital security.

Such bullying acts make the need for forming global digital security rules more urgent than ever.

Earlier this week, China proposed its global initiative on data security with three principles which include upholding multilateralism, balancing security and development, and ensuring fairness and justice. The initiative reflects China's determination and sincerity to work with all to safeguard digital security.

Upholding multilateralism is the first step toward enhancing global digital governance. With the aim of pursuing mutual growth, countries should find common ground and shelve differences, and develop a set of international rules on data security that respect both the will and interests of all.

Worldwide countries should also not ignore the importance of balancing security and development, as protecting data security is a prerequisite for sound digital growth. Countries have the right to protect data security according to law, and should provide an open, fair and non-discriminatory environment for all businesses, as the initiative points out.

Ensuring fairness and justice is another key principle to be followed. Politicizing security issues and slandering others will only impede global digital cooperation and development.

Global security and stability can never be fully protected without digital security being protected. Only with universal participation of all nations and other stakeholders can humankind better prosper in a digital community sharing one common future.