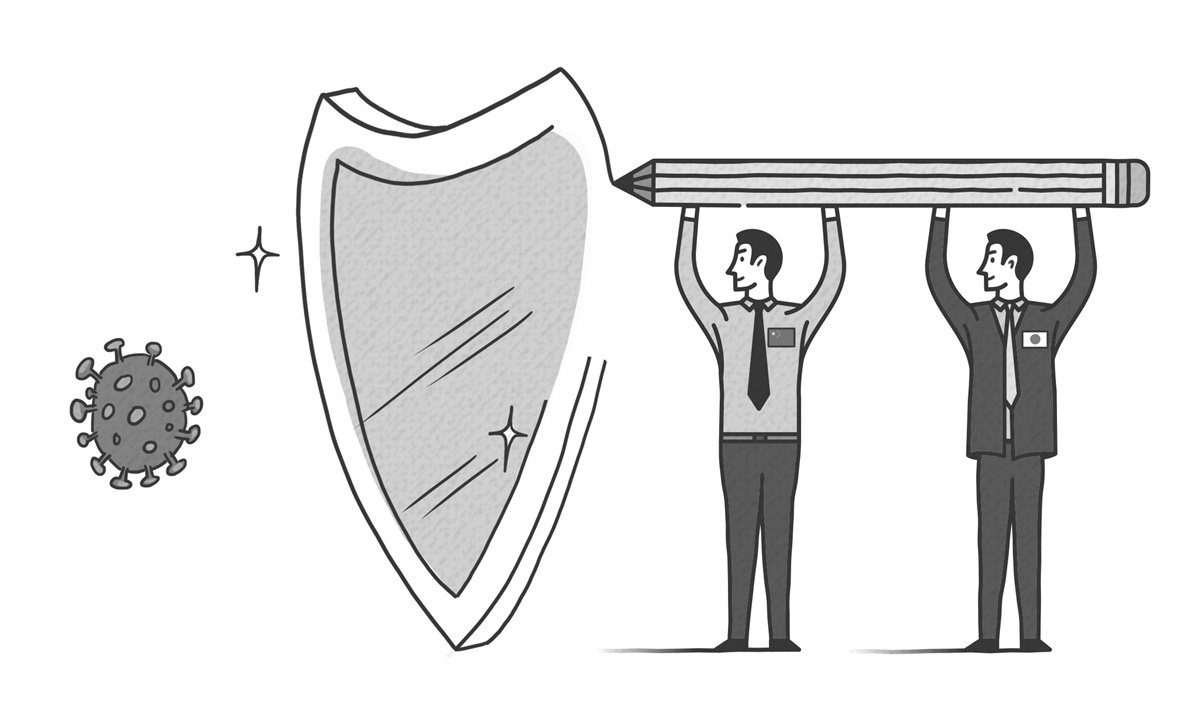 YouGov-Cambridge Globalism Project, a London-based company, on Monday published the results of a survey in collaboration with The Guardian newspaper. Designed by both groups, this survey involved 26,000 people in 25 countries, 13 of which are Western. The Guardian said China seems to have "comprehensively lost the international battle for hearts and minds over its handling of coronavirus with most people believing it was responsible for the start of the outbreak and was not transparent about the problem at the outset."

The Guardian also said that only "negligible numbers in Europe" praised China. This is mainly because many European governments failed to effectively curb the novel coronavirus and lacked the capability to properly handle it. Indeed, such failures lead to the need to find a scapegoat responsible for the losses. It is not surprising that they passed the buck to China.

China is one of the few countries that grasped the truth of the public health crisis as well as how to handle it. The country effectively contained the spread of the epidemic as early as March. Facts speak louder than words. China needs to do its own thing well, regardless of what other countries say.

People's views are generally based on their own actual experiences. The reason for Chinese speaking highly of their government lies in the reality that they witnessed how their government has been responsible. They know it has made adequate and efficient measures to save as many as Chinese's lives and secure their health and well-being.

Negative attitudes from other countries, especially Western ones, stem from the fact that Western people cannot enjoy the achievements made by Chinese with the novel coronavirus battle, as their own governments are failing in this fight. More importantly, Western media outlets have not comprehensively reported the truth. When the epidemic was reported in China last winter, they looked at the crisis with indifference, attacked China's political system, and even sneered China. But when other countries began feeling hard hit by the virus, their governments failed to put it under control. Then they treated China as a scapegoat.

The number of people in the West who can understand Chinese is far less than that of Chinese who understand English. Most people in the West cannot understand what Chinese media report, nor are they clearly aware of what the Chinese government has actually done. As a result, divergences of opinion between Chinese and people from other countries often emerge.

When carefully reading the crafted questions, one notices that they appear to state leading questions - clearly guiding an expected answer. For example, one question asks: Do you think the international spread of coronavirus could have been prevented if the Chinese government authorities had responded more quickly when the virus was first detected inside China? Such questions are apparently directed at China.

Why are some Western people so silly? They have been trained like this by their politicians and media outlets. These groups sensationalize matters searching for scapegoats - particularly whenever their own governments make massive mistakes.

The US-based Pew Research Center has also conducted multi-national surveys on China's fight against COVID-19. It found that ordinary people from many countries do not approve of Chinese approaches, and that they hold negative views of China.

These Western institution and media outlets share the same stance with their government. Their voices represent the interests and power of Western capitalism. The West has failed with the novel coronavirus battle. This is a failure of their capitalistic system, a failure they refuse to admit, and will not let common people become aware of.

China's way to rein in the COVID-19 crisis has nothing to do with governance model or development path. Yet the West does not believe so. It believes praising China's success in fighting the pandemic is equivalent to praising China's political system. This is viewed as the equivalent of denying Western systems. Western governments won't allow it. This is their redline. This is about the big picture of Western politics. In general, they are behaving this way to maintain the rule of their governments and their system.