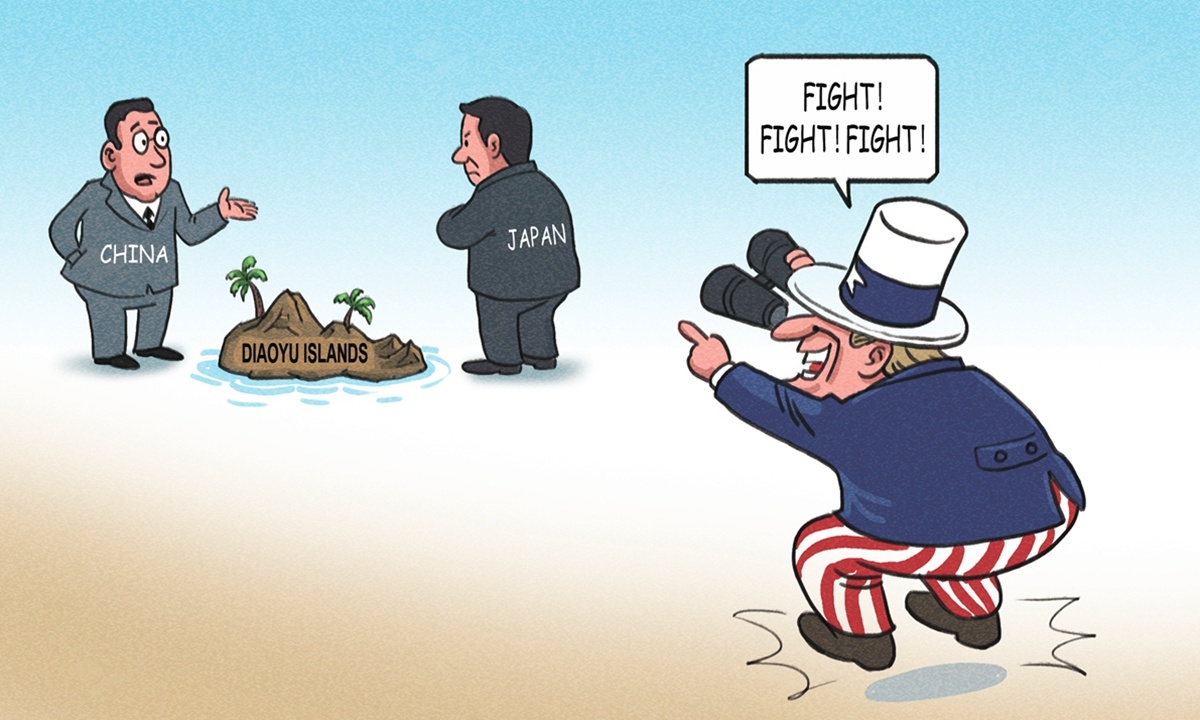 Japanese Prime Minister Yoshihide Suga talked over the phone with Joe Biden for 15 minutes on Thursday, according to Japanese media reports. The two sides reached an agreement on strengthening the US-Japan alliance and coping with the COVID-19 pandemic. They also confirmed that the Diaoyu Islands in the East China Sea, which Japan calls the Senkaku Islands, were covered by the Japan-US Security Treaty.

Although the China policy of the incoming US president remains unclear, judging by what he said with Suga, it is anticipated that China-Japan relations may embark on a bumpy road due to interference from the Washington.

On Sunday, Suga congratulated Biden via Twitter. His government is seeking to set up ties with Biden via former US ambassador to Japan Caroline Kennedy.

The Suga administration wants to deepen alliance with the US and establish a good personal relationship with the US leader. Still, the "bromance" between former prime minister Shinzo Abe and Donald Trump contributed a lot to the stability of the Japan-US alliance.

Against the backdrop of intensifying China-US competition, the Suga administration needs to know Biden's stance in issues such as the Diaoyu Islands, the East China Sea and the South China Sea in order to maintain solidarity with Washington. In recent years, US officials have often agitated the Diaoyu Island issue. But it is surprising that Biden, who has not yet officially taken office as president, suddenly expressed such stance. However, this may not be so surprising considering Biden's previous political record.

In a joint press conference with then Japanese foreign minister Seiji Maehara in October 2010, then US secretary of state Hillary Clinton reassured Japan by saying that the Diaoyu Islands, "fall within the scope of Article 5 of the 1960 US-Japan Treaty of Mutual Cooperation and Security." Former US president Barack Obama made similar statements as well during his state visit to Japan in 2014. Biden, as vice president during the Obama administration, is now continuing the Obama administration's diplomatic thinking. Senior US officials' pressure has also boosted Japanese anti-China forces' confidence to confront China. For example, the Japanese government outrageously announced the so-called nationalization of Diaoyu Islands in 2012, which led to a sharp decline in China-Japan relations. The US' intervention has driven a wedge in China-Japan relations, deliberately hindering the two countries' normal relations.

In fact, when Suga served as chief cabinet secretary, he made many strong statements on the Diaoyu Islands issue. For example, in 2014, he declared that the Diaoyu Islands "are an inherent part of the territory of Japan." Now that Suga has become Japanese prime minister, he made sure to talk about the Diaoyu Islands issue during his first phone call with Biden. This shows that Suga is looking for the US' commitment and protection. He is also preparing for taking stronger measures on the issue and on Japan's strategic moves toward China.

For the moment, it is difficult to predict Biden's China policy after he assumes office. But given his remarks when talking to Suga over the US-Japan alliance and the Diaoyu Islands, as well as his experience in the Obama administration, it is anticipated that Biden will continue the rebalance to Asia-Pacific strategy. Following this logic, he will probably proactively participate in Asia-Pacific affairs, encouraging or acquiescing in Japan to confront China or stirring up troubles in the South China Sea.

As a matter of fact, Japan is also willing to become a pawn in US China strategy. Due to the continuous emergence of China, Japan has always been worrying that the US would pay too much attention to China while ignoring it. Japanese media outlets and scholars often use the term "Japan passing" to describe the scenario. In his State of the Union Address in 2011, Obama repeatedly emphasized the competitiveness of China, without mentioning Japan at all. This shocked the Japanese government and society. Therefore, Japan tends to hype up the dispute over the Diaoyu Islands to arouse the attention of the US toward it.

Although Biden has not yet officially taken office, the China-Japan relationship, which is continuously improving and developing, will likely fall into a downturn spiral again thanks to the intervention of future Biden administration. It should be well aware that sluggish China-Japan ties from 2012 to 2017 were more than just the Abe administration's moves that have hurt the bilateral relationship. The relations were also damaged because the Abe administration proactively acted as a pawn with Washington's rebalance to Asia-Pacific strategy.

The improvement in China-Japan ties does not come easily, and needs to be cherished more. It is hoped that the two countries can meet each other halfway and properly handle their divergences so as to open up new vistas of their bilateral relationship.

The author is a media professional and a Beijing-based Japan watcher.