OPINIONS Biden has not brought America back

Biden has not brought America back 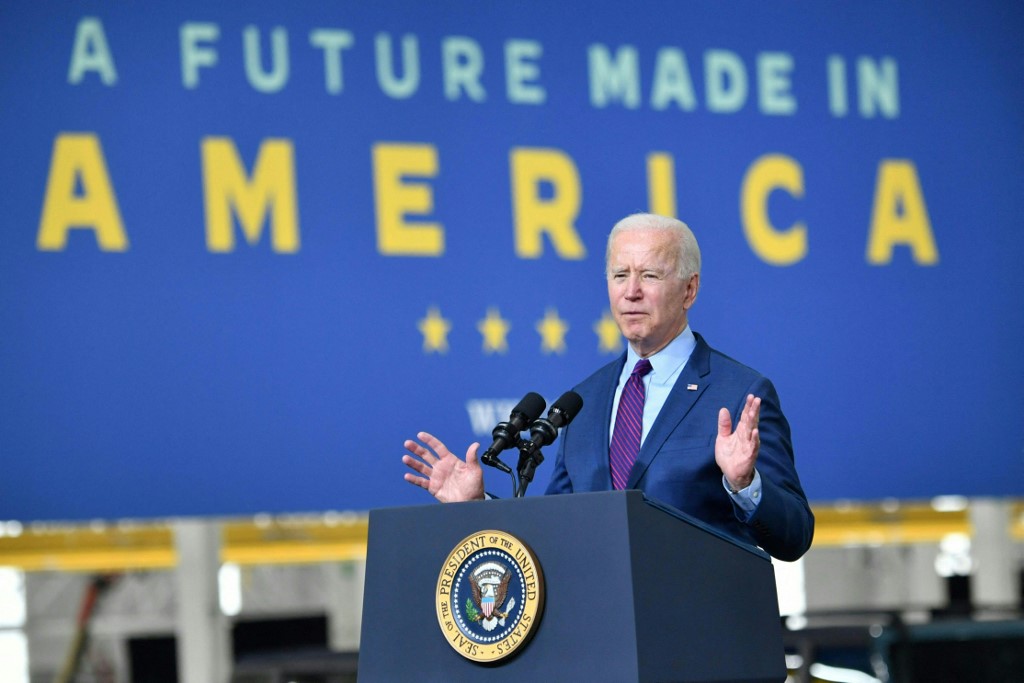 US President Joe Biden delivers remarks at the Ford Rouge Electric Vehicle Center, in Dearborn, Michigan on May 18, 2021. (Photo: AFP)

US President Joe Biden, in his first foreign policy speech in February, made clear his administration intended to abandon his predecessor's "America first" policy — "America is back. Diplomacy is back," he proclaimed.

Which generated expectations that the United States was ready to play a more constructive role in the international arena. Indeed, after so much damage had been done to the US' global reputation because of the previous administration's transgressions of international norms, the world was willing to help restore the country's global standing by letting the US assume a leadership role to rally multinational cooperation on such pressing issues as the fight against the COVID-19 pandemic and economic recovery.

Yet four months after taking office, Biden seems to have squandered both the opportunity and the goodwill. On vaccines, he obviously has not deviated much from the course of "vaccine nationalism" set by the Donald Trump administration — by continuing to hoard the vaccines and holding back raw materials needed for vaccine production, even though the US has already secured enough supplies to vaccinate its population multiple times.

"Biden's flashy posturing on waiving vaccine patents obscures the very inconvenient fact that it's actual shipments of doses that save lives," said a recent article in Foreign Policy magazine. It points out that the number of doses the US has shared with the rest of the world is a miserly 3 million, as compared with around 200 million the European Union has shipped to non-EU countries.

On the economic front, the Biden administration has resorted to "the overuse and abuse of economic policy" by rolling out stimulus packages worth trillions of US dollars, which have caused sharp increases in commodity prices around the world and thus impeded the global economic recovery.

In Mexico, corn prices in dollar terms have increased 46 percent since February 2020, the last month before the stimulus began, according to the Foreign Policy article. Actually, food prices around the world increased for an 11th consecutive month in April, reaching their highest level since May 2014, according to the UN Food and Agriculture Organization. This has hit the poorest countries the hardest because their people spend the highest percentage of their income on food. It all smacks of a fixation with "America first", the consequence of which is a rush of global pain.

If the US seeks to remain a responsible global power, it must drop its selfish economic, trade and foreign policies that have hurt the interests of other countries and done a disservice to global economic recovery. Failure to do so will mean the "America is back" rhetoric rings hollow and "America first" becomes an indelible stain on the image and reputation of the US.