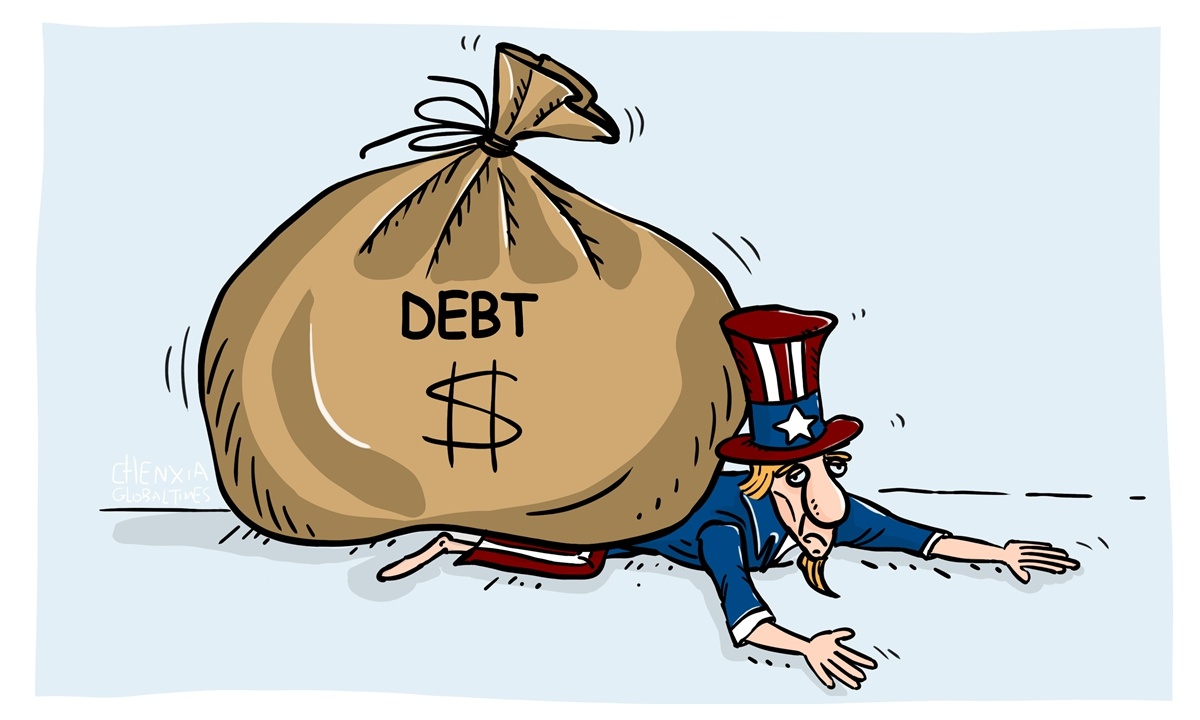 US President Joe Biden is proposing a staggering $6 trillion budget for fiscal year 2022 which begins October 1. The spending binge, fiercely opposed by many in the US including the Republicans, will significantly increase the nation's debts while causing a fresh round of price rises, casting a shadow over the livelihood of ordinary Americans and force the future American generations to tighten their belts.

If Biden's budget plan is approved and implemented, the US federal budget deficit will surge to at least $1.8 trillion in 2022, and the country's total national debt will quickly swell to $30 trillion, well above the country's annual GDP. The burden of interest payments on US government debt will continue to increase, weighing on young Americans and considerably impairing the nation's future competitiveness.

The budget, most likely to be approved by the US Congress now controlled by Democrats, is leading many to view the Biden administration as another "tax-and-spend on everything White House", enlarging the US federal government's role into US business and household finance, extending the government's impact to average Americans' life from cradle to grave - which bear clear hallmarks of progressive Democrats led by Biden.

Since assuming power on January 20, US President Biden has been predominantly occupied by two agendas. First, he wants to shovel more money into Americans' pockets so they could spend and buttress a white-knuckle economic revival which will improve the Democrats' reelection chance at next year's mid-term balloting. Second, he must do all in his capacity not to let China's GDP surpass US' in his tenure. Otherwise, his standing among American presidents will be obscured.

Because of this bizarre obsession to make the US prevail in the "competition of two great powers", Biden has largely inherited his predecessor Donald Trump's trade and technology war with China. So far, Biden has not repudiated Trump's confrontational policy toward China, if not hardened it.

Now, the US President wants to make use of "excessively borrowed money" to buy a protracted longer time of US economic growth in order to fulfill his pledge to keep China's economy in second place. Days ago, Biden spoke in Detroit, the heart of US auto industry, and stated that he was dissatisfied with China's current lead in electric vehicles production and electric batteries making technology, calling on Americans to do more and prodding them to buy American products.

Fretting about China's great manufacturing capability, the Biden administration has aspired to copycat too. The $6 trillion budget plan will enable the US government to learn from China's experiences, repairing and fixing the country's worn-out infrastructure projects - roads, water pipes, bridges, airports, industrial zones and internet broadband connections - so the US could persuade and induce the world's leading manufacturers, semiconductors and robotics making firms in particular, back to the US.

Naturally, the Biden administration is expected to continue to borrow money to prolong the government's heavy fiscal spending in the coming months. At the same time, the US Federal Reserve is unlikely to change its extraordinarily loose monetary policy so as to maintain robust US domestic consumption, nourish Wall Street bubbles, and to keep an elevated level of employment and GDP growth in the coming two years.

Within the foreseeable future, Washington is unlikely to reverse its current fiscal and monetary policies. Biden and his administration will continue to keep oblivious to the perilous inflationary pressures and towering burden of a skyrocketing national debt, which is ticking up each day and will come back to haunt the country.

Biden's $6 trillion grab-bag budget for fiscal 2022 will take the US to its highest sustained levels of federal spending since the World War II, as the president looks to finance a sweeping economic agenda that includes large new investment in transportation, education, technology research and development, social welfare and fighting climate change.

A considerable proportion of the budget is to be funded by tax increases on American companies and upper middle class - those making above $400,000 per year, as the top marginal income tax rate on them will be hiked to 39.6 percent, according to the budget plan.

By redistributing income and wealth from high earners and corporations, Biden's inaugural budget plan is vehemently opposed by the Republicans who chided it as "the most reckless and irresponsible budget proposal" which promised higher taxes, higher prices, crushing debt and less security. Republicans warn that tax increases on American companies will effectively cripple their ability to compete globally.

Biden's economic policies have already produced serious side-effects. The average $1,400 stimulus payments to most American households this year, plus generous unemployment insurance on top of normal jobless benefits, have driven many blue-collar workers to refrain from seeking a job - while many US small tertiary businesses are complaining about growing difficulty to find laborers. A Biden-style welfare state will only exacerbate the problem.

And, despite US' massive vaccine roll-out program over the past five months this year, new and more transmissible coronavirus variants are still embedded with a good number of Americans, and the toll of fatalities are keeping growing. Many state and local governments in the US are still imposing restrictions on businesses as they encounter a rise in new coronavirus cases. The Biden administration needs to do more to effectively control the pandemic in the US and protect more American lives, in addition to borrowing more, spending more, and pursuing a new level of economic growth.