OPINIONS Biden's downplaying China is just another end of polarity

Biden's downplaying China is just another end of polarity 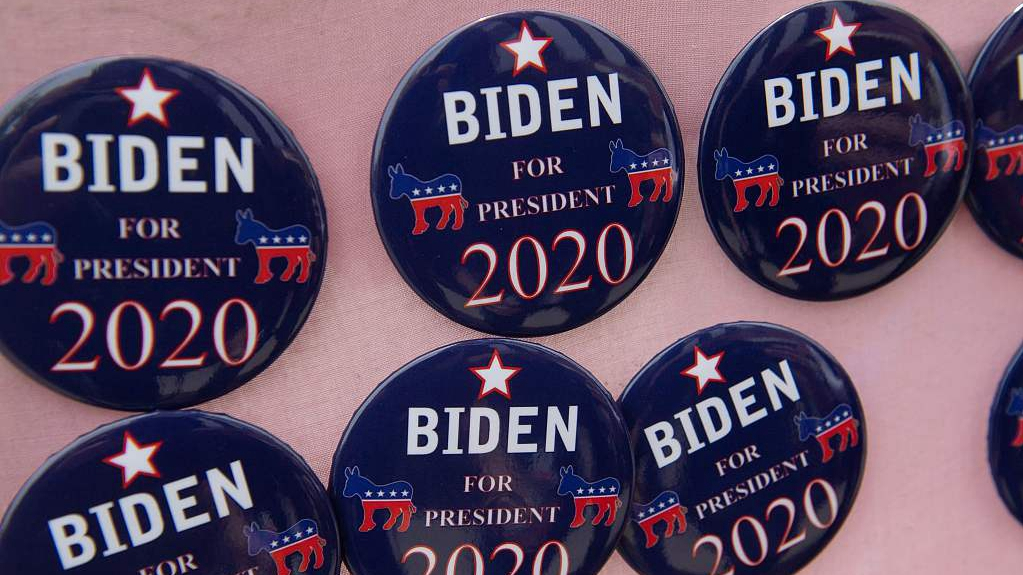 When the anti-China sentiment has won bipartisan support among US politicians, it is no wonder that Joe Biden's comments on China have stood out and faced fierce backlash from both sides.

"China is going to eat our lunch? Come on, man…they're not bad folks, folks. But guess what, they're not competition for us,” said the former Vice President during his campaign trail in Iowa City.

His remarks were quickly pushed back by Republican Senator Mitt Romney, who tweeted, "This will not age well"， and by Biden's fellow Democratic presidential contender Senator Bernie Sanders who said, "It's wrong to pretend that China isn't one of our major economic competitors."

Also quickly catching news headlines was advice to Biden on why America should worry about a rising China. It seems that he has put himself at one end of America's politics spectrum of which the other end is hysteria against China. What's missing in this discourse though, is sober and sensible judgment of China that seems to have been lost in the White House.

According to Shen Dingli, a professor and associate dean at Fudan University's Institute of International Studies, both sides hold good on a certain level, but they are both extreme opinions on China that do no good to a healthy Sino-US relationship.

Biden started his political career in 1969 and was a long-time member of the US Senate Committee on Foreign Relations. Shen points out that as a foreign policy expert, he must have sensed the exaggerated "China-as-threat" discourse in Congress and gave those remarks as an experienced senior politician.

Truth be told, China is rising to be a major global power and the gap between the two countries is narrowing. But America's position as the strongest country on earth is unquestionable while China is still the largest developing country for now.

China's per capita GDP is only 15 percent of America's; while China is on its way to high-quality development, its labor productivity is still way below the US; while China's military spending is always the prey for sensationalization in American media, its total spending is only one third of America's and the gap between the two countries' military technologies would be impossible for China to surpass in a short period of time.

It's not clear now whether Biden truly speaks from his heart or this is only one of his campaign strategies to separate himself from other contenders. But Biden would be terribly wrong if he thinks China is not a worthy competitor.

Various organizations have made their predictions that China will overtake the US as the largest economy, even as early as 2019. China is also leading in technologies like mobile payments, artificial intelligence and 5G. With the largest internet user population, China has the potential to be a global powerhouse for more internet innovations. To disengage with or ignore China would be neither realistic nor beneficial for America's own good.

But is China's rise equal to a threat?

It is almost the politically correct answer to claim that China is expanding its geopolitical ambition through its Belt and Road Initiative and Asian Infrastructure Investment Bank. There are indeed challenges and room for improvement concerning these projects, which give US media a handle against China, but as Shen argues, controversies do not equal threats. If anything, America is the biggest threat to the world: Ever since World War II, America has been responsible for over 80 percent of the total armed conflicts worldwide that have killed between 20 to 30 million people. China has not pulled the trigger since 1988.

So how come American elites have lost their grace and senses when it comes to China, and what's behind the lack of middle ground in the current China policy discourse? Shen pinpoints two reasons for the extremely polarized US politics.

Post-9/11, the US has spent over 6 trillion US dollars on the "war on terror" policy, which has brought only mounting global suspicion to its moral leadership. The money could have been spent to reenergize its domestic economy.

And while America was casting its eyes on the Middle East, China was rising quickly in a way beyond America's comprehension. The way China has risen simply does not look “right” to Americans. It seems outrageous for them how hard Chinese people can work sometimes even to the extent of compromising on their personal lives. Anxiety mixed with puzzlement have fueled the polarization and killed rationality.

And that's why the White House needs more cool-headed people who have balanced minds on this rising competitor that can look beyond the threat/no competition discourse and seek common ground for cooperation.