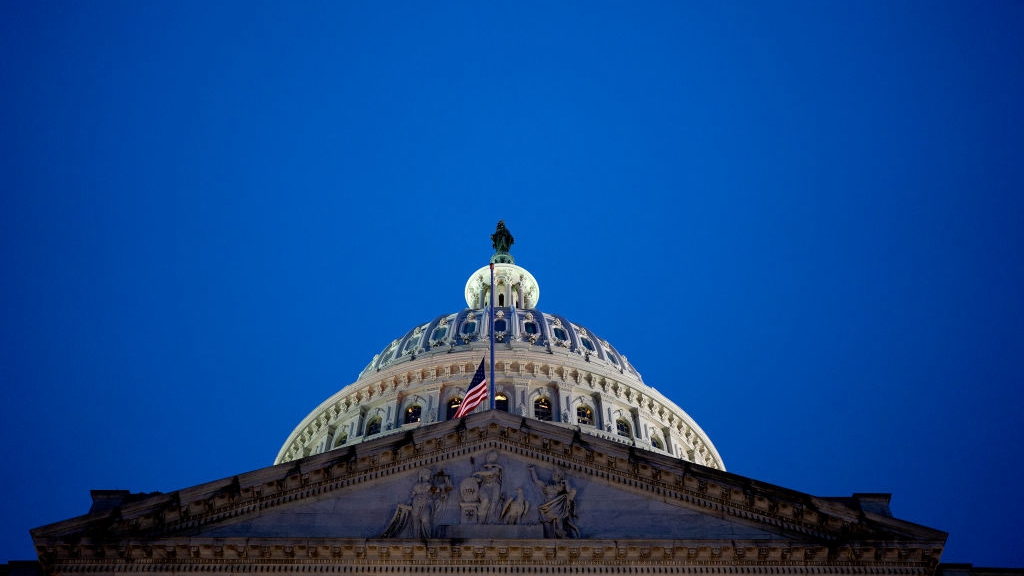 The US Capitol before a prayer vigil on the first anniversary of the deadly insurrection at the US Capitol in Washington, D.C., U.S., January 6, 2022. (Photo: Getty)

The January 6, 2021 riot at the U.S. Capitol building marked a significant turning point in the legitimacy of the U.S. governance system. Supporters of former U.S. President Donald Trump descended upon a major governmental institution and committed acts of violence in the name of "freedom" and "democracy." The event has remained so firmly ensconced in the consciousness of the U.S. political establishment that President Joe Biden felt compelled to commemorate the incident in a speech to the nation one year later.

President Biden condemned his predecessor Donald Trump for spreading lies about the U.S.'s 2020 election results. He further emphasized that Trump placed his own interests above society's and endangered the nation's democratic institutions. Biden made sure not to let a political opportunity go to waste. His speech ended with the declaration that the riot was part of a larger political battle between "democracy" and "autocracy." Russia and China, Biden concluded, were "betting that America would become more like them and less like us."

Biden's evocation of American exceptionalism avoided addressing the root causes of the January 6 riot at the Capitol. According to the logic of American exceptionalism, China and Russia are plotting to undermine American "democracy." Trump is not a reflection of the U.S. political system but rather a trend exported from abroad. Of course, this belies a basic understanding of U.S. politics. Donald Trump's selfishness, racism and anti-democratic tendencies are expressions of the fractures that already exist within the U.S. governance system.

Events such as January 6 do not occur randomly or in a vacuum. Several factors helped spur the rise of Donald Trump and the riot that he helped incite. First, the legitimacy of the U.S. political system has declined amid worsening inequality and political corruption. U.S. politics is generally viewed by the public as an exercise in futility due to the entrenched corporate interests that dictate the process.

Second, despite the progress made by past generations, white supremacy has maintained a critical role in the U.S. political system. Declining living standards have motivated U.S. politicians across the political spectrum to scapegoat "adversaries" at home and abroad to avoid popular accountability for their shortcomings.

Biden's speech failed to acknowledge any of these problems. Democracy was treated as a procedural process rather than a concrete governance model that meets the needs of the people. While Donald Trump was very open about his loyalty to "alternative facts," Joe Biden's approach to the anniversary of January 6 obscured truth in a more professional manner.

This was evident in Joe Biden's assertion that the U.S. is "a nation of laws and order, not chaos, of peace, not violence." The current state of the U.S.'s political and economic situation tells a different story. 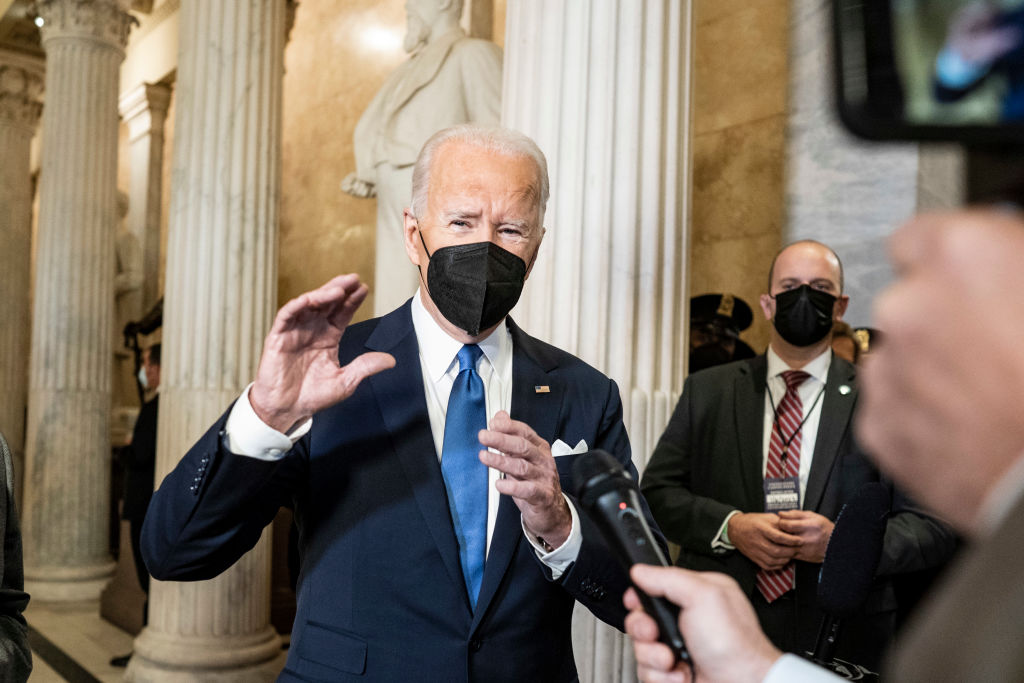 US President Joe Biden speaks to the media as he departs with Vice President Kamala Harris after they spoke at the US Capitol in Washington, DC, January 6, 2022. (Photo: Getty)

Biden's approval ratings dropped to their lowest number to begin the new year amid the rapid spread Omicron variant and the ongoing fragility of the U.S. economy. Hospitals are beyond capacity, and many Americans cannot access COVID-19 testing due to supply chain issues. A large percentage of the population, roughly a quarter to half, has neither the income nor the savings to afford the basic necessities of housing, food, childcare and healthcare.

Furthermore, promises to cancel student loan debt, reform the racist character of U.S. policing and invest in healthcare and infrastructure have been abandoned by the administration. However, the U.S. has managed to increase its military budget to $768 billion, adding an additional $25 billion to the ongoing campaign to "contain" China.

American exceptionalism, therefore, does nothing to prevent the further rupturing of the U.S. political system that led to January 6. Joe Biden's decision to use China and Russia as scapegoats to avoid accountability only reinforces the U.S.'s dangerous militarist agenda and worsens the domestic political situation.

Legitimacy cannot be gained from violence and political neglect. The measure of a healthy society is its capacity to resolve problems peacefully in congruence with the interests of humanity.

While the U.S. establishment uses every opportunity to blame China – and in many respects, Russia – for its problems, President Joe Biden's favorability with the American people will only improve when his lofty words to describe the U.S.'s greatness are backed up with concrete policies that reduce the threat of war and improves the lives of the people.