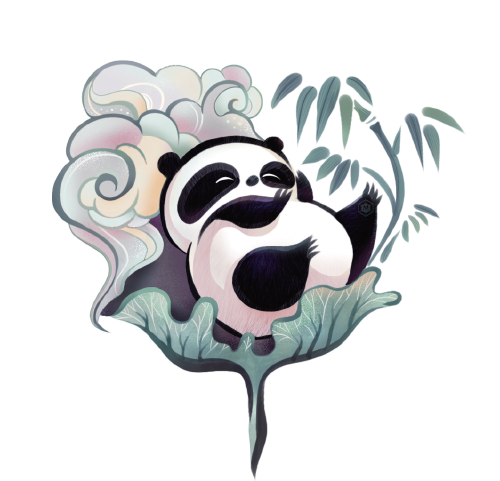 To address these problems, the Chinese government has implemented laws and the Nature Reserve Management Regulations. In 1988, the government enacted the Wildlife Protection Law to protect endangered animals. Since then, poaching has been banned and poachers have received severe punishments. Similarly, nationwide measures or related initiatives have been taken to protect the giant pandas, including the panda habitat protection project, panda nature reserve network, natural forest protection project, and the "Grain for Green Project".

These endeavors have yielded significant results: 67 giant panda nature reserves have been established covering about 54 percent of panda habitat and comprising more than 66 percent of the giant pandas in the wild. Also, the fourth national survey showed an increase in giant panda number and expansion in their habitat. And the recently established Giant Panda National Park, which stretches from Sichuan and Shaanxi provinces through to the Ningxia Hui autonomous region, will take giant panda conservation to new heights.

In the last decade, the State Forestry Administration has, under the panda reintroduction project, translocated or reintroduced more than 10 giant pandas to the wild－one of which, Luxin, has even produced offspring. Although the panda reintroduction program is a long-term project and faces many challenges, it has been progressing well, and will hopefully save small, isolated group of pandas or re-establish new panda colonies. In fact, the peer-reviewed Science journal has called the project "Hope for Wild Pandas".

Another way to save small, isolated small groups would be to build habitat corridors to facilitate the migration and dispersal of giant pandas and thus increase their genetic diversity. Apart from increasing their number through reintroduction, the habitat corridors will also connect isolated habitat patches and increase the chances of survival of isolated panda groups by increasing the gene flow. Several corridors are being created or planned, including the Nibashan Corridor in Daxiangling Mountains, and the Huangtuliang and Tudiling corridors in Minshan Mountains, all in Sichuan, and they are expected to play pivotal roles in the conservation of small, isolated panda groups.

Scientific research is key to safeguard biodiversity, and studies show pandas play a vital role in biodiversity conservation. Many claim the giant pandas have reached their evolutionary cul-de-sac, or dead-end, because of their specialized bamboo diet, phylogenetic changes in body size, small number, low genetic diversity, and low reproductive rate. But our studies do not support this. First, thanks to their bamboo diet, giant pandas have evolved morphologically (pseudo-thumbs), behaviorally (optimal foraging strategies), physiologically (low metabolism), genetically/genomically (pseudogenization in umami receptor gene) and meta-genomically (unique microbiome).

And third, the plentiful bamboo resources in panda habitats should not be a limiting factor for expansion in their number.

Therefore, the giant panda is not a "relic species" contrary to the pessimistic perception among some people and scientific groups.

Moreover, investment in panda conservation can be beneficial for not only for giant pandas but also human and other species. Studies indicate the estimated ecosystem service value from pandas and their reserves was between $2.6-6.9 billion in 2010. Protecting the panda as an umbrella species and the habitat that supports it yields significant societal benefits, about 10-27 times the cost of maintaining the current panda reserves.

We hope policymakers and society will take note of the facts and support investment in panda conservation. Science-based practical conservation measures and the corresponding achievements paint a bright future for the pandas, and make panda conservation a success story.

Zhang Hua (right) examines the health of a lamb at a sheep base in Yuyang district, Yulin city, Shaanxi province, on Oct 30. [Photo: TAO MING/XINHUA]

As biodiversity protection is a key part of the Belt and Road Initiative, the Ministry of Ecology and Environment, along with partners from home and abroad, has launched the BRI International Green Development Coalition to build a cooperation platform for green development and achieve the 2030 Sustainable Development Goals. The IGDC already has more than 150 partners from over 40 countries, and launched 10 thematic partnerships including those on biodiversity and ecosystem management.

Besides, China has vowed to make greater efforts to develop the BRI Environmental Big Data Platform with the aim of sharing its experiences in implementing environmental laws and regulations with the other Belt and Road countries, and provide governments, businesses, organizations, and individuals with data services so they can make informed decisions. and the EBDP already has access to biodiversity-related data from more than 100 countries.

The world is still struggling to contain the COVID-19 pandemic and planning an eco-friendly economic recovery.

On its part, the Chinese government will continue to make good use of the existing bilateral and multilateral cooperation and exchange mechanisms to promote green development along the Belt and Road routes, and share with other countries China's ecological and environmental concepts and practices.

It will also continue to make efforts to promote green infrastructure development by paying more attention to the impact of infrastructure-related projects on biodiversity, establish an environmental risk assessment mechanism and find green solutions to economic problems. 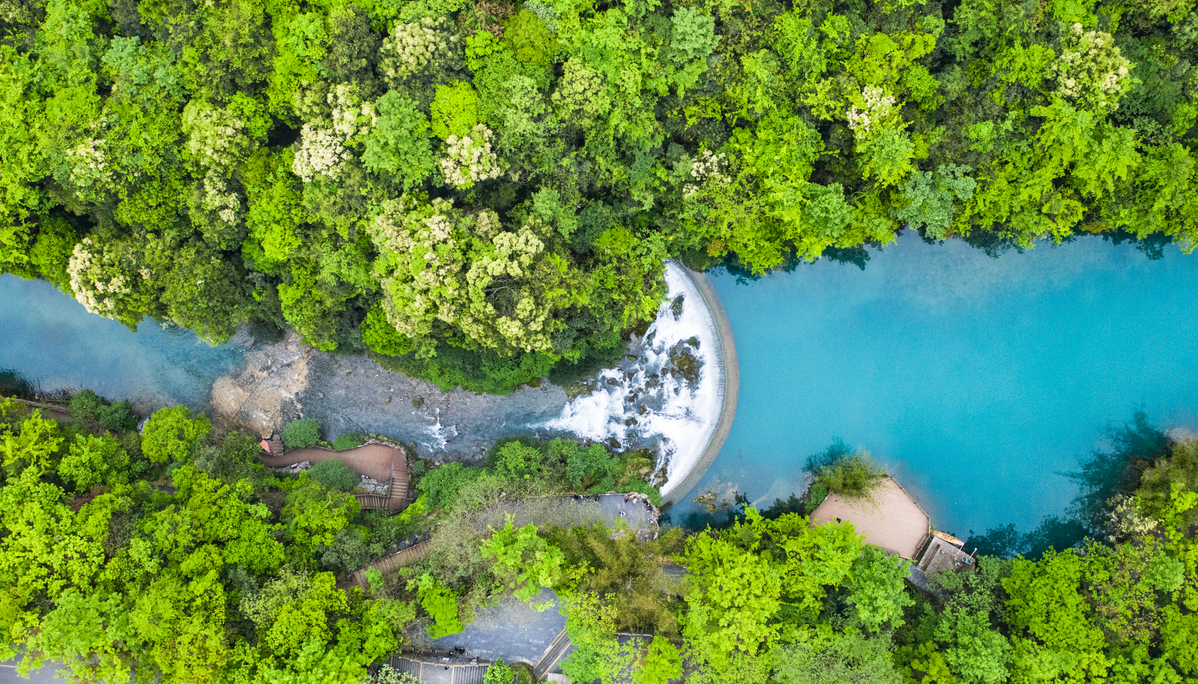 China has for years been protecting and restoring natural ecology and the environment, and has established a target responsibility system to improve ecological and environmental quality, developed innovative systems of assessment, inspection and accountability, and greatly raised the level of biodiversity conservation. It has also made steady progress in the construction of 25 pilot projects for ecological protection and restoration of mountains, rivers, forests, lakes and grasslands, and put 90 percent of the terrestrial ecosystems and 85 percent of key wildlife populations under environmental regulations.

While exploring ways to ensure harmonious coexistence between humans and nature, in line with the goals and vision of the UN Convention on Biological Diversity, China is also helping build a global ecological civilization. China was the first country to issue the National Implementation Plan on the 2030 Agenda for Sustainable Development, has contributed to and participated in the Convention on Biological Diversity, and made notable progress toward 17 of the 20 Aichi Biodiversity Targets and achieved some of them before schedule. (According to the recently released Global Biodiversity Outlook 5, only six Aichi Targets have been partly met at the global level).

Also, the United Nations has designated the Kubuqi Desert in the Inner Mongolia autonomous region as a desert ecological-economic demonstration area. And the Saihanba Afforestation Community and the"1,000 Villages in Demonstration and 10,000 Villages in Renovation" project in Zhejiang province have won the UN "Champions of the Earth" award.

Further, China has announced its carbon emissions will peak before 2030 and it will attain carbon neutrality by 2060 and thus boost the global fight against climate change and help protect biodiversity.

To strengthen ecological and environmental protection, China has shifted from quantitative economic growth to high-quality, green development. China understands the organic yet complex relationship between humans and nature, between the environment and people's livelihoods, and between conservation and development.

And it has been making efforts to better understand the development paradigm of ecological civilization that is different from that of industrial civilization, in order to build a green society, which will ensure harmonious coexistence of humans and nature as well as sustainable development.