OPINIONS Blaming China cannot solve the imbalance of US trade

Blaming China cannot solve the imbalance of US trade 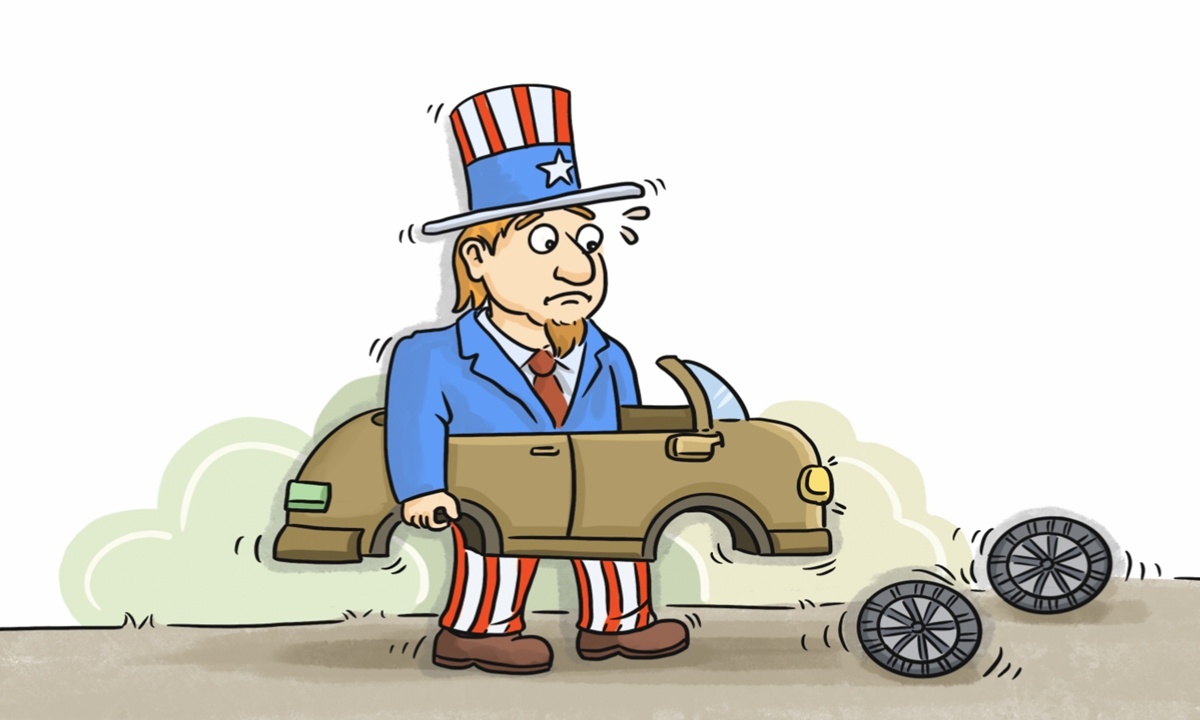 US trade representative Katherine Tai recently said that the trade relationship between the world's two largest economies has "significant imbalance." She said the imbalance is in terms of performance, as well as "opportunity and openness of our markets to each other," noting that the Biden administration is committed to leveling the playing field.

The so-called imbalance trade problem between China and the US is not breaking news; to some extent, the remarks by Tai could be a prepared narrative for the US' expanding trade deficit with China. Chinese official data on Monday showed that its trade surplus with the US stood at 860.5 billion yuan ($134.5 billion) in the first five months, increasing 34.1 percent year-on-year.

US politicians seem intent on accusing China when it comes to bilateral trade issues. By pointing the finger at China, however, cannot solve the US' problem of the so-called "significant imbalance" in trade patterns with China which is essentially caused by different economic and trade structures between the two giant economies; and heating up confrontation in any sector would not be the right answer.

It's not surprising to see the China-US trade gap keep expanding as long as Washington cannot manage to make structural adjustments of its economy. Once the COVID-battered US economy starts to rebound, its consuming and trading pattern will draw back to previous growth patterns.

In fact, during the election campaign last year, then US Presidential candidate Joe Biden showed intention to alter his predecessor's trade policies if elected president. He admitted that it was the American businesses and consumers bearing the lost under Trump's tariff war toward China, according to media reports.

The Biden administration, so far, has chosen not remove the tariffs and may also need a "blaming China story" to match up with his previous pledges. Much more importantly, it shows that it's clearly not an easy campaign for any US government, under the country's current political systems, to make crucial economic structural changes, since it would take long-term efforts and need to tackle headwinds from different domestic interest groups.

With the basic economic structures appearing hard to be altered in the US, the imbalance trade pattern may stay uneasy to be leveled as well. Whereas it doesn't mean that the rivalry scenario between the two giant economies would keep accelerating.

Lately, Chinese Vice Premier Liu He held video conversations with Tai and US Treasury Secretary Janet Yellen. The two sides agreed that the China-US economic relationship is "very important;" and also agreed on joint efforts to solve some specific problems in a practical way, according to China's Ministry of Commerce.

A practical pathway for China-US cooperation may become a primary path for the two to carry out engagement in the future. It's plain for all to see that the relation between the world's largest economies is of huge significant to not only the two, but also to the global economy during the post-COVID era.

For instance, green economy is one of the practical areas for the two to seek collaboration based on mutual respect, in spite of certain degree of confrontation in other areas. And even in technological areas in which Washington has stuck with a hostile attitude toward China and Chinese firms in recent years, it doesn't mean that the two cannot find areas to work together. In fact, a practical way could mean that the bilateral relation is developing toward a more mature level under the current circumstances.

In the long run, an improving China-US tie not only benefits the two sides, and will also boost the global recovery. China has committed to open up its market to the world and firmly upheld the multilateral trading system, it's expected that there will be more gesture of goodwill from the US, instead of further playing of finger-pointing games.

The author is a non-resident research fellow at Center for International Security and Strategy, Tsinghua University.