Western reports on China are turning bland. They resemble each other increasingly with identical topics and tunes, as if they were all based on the same press release. For us Chinese, Western media outlets look like they come from one media group - just local offices of The New York Times, BBC, Le Monde etc. 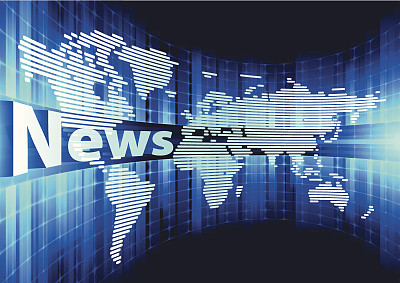 Chinese people can hardly distinguish from a mix of China-bashing articles which Western media outlets have produced them. Nor probably can most Westerners.

The Western media used to report China-related topics that went beyond our expectation. Many Chinese media outlets therefore designated specific sections to introduce these reports to Chinese people. But now Western media are giving more attention to what's trendy on China's internet and borrowing ideas from keyboard warriors, or armchair critics on social media. This was perfectly illustrated by the way they followed up on the recent eye-rolling incident at the two sessions.

There were reasons for the phenomenon.

Western media practitioners are getting more ideology-driven in understanding China, bolstered by Western centrism in the face of China's rise. They find everything wrong with China because its emergence has the sins of squeezing the West's interests. Their views may vary individually, but they can hardly go beyond the political correctness of presenting China from a negative perspective.

With a tighter budget, Western media have cut down on reporting. It's safer for them to pander to readers than discover meaningful topics. Hence their mass production of reports stereotyping China.

Meanwhile, some correspondents of Western media in China are neither improving professionally nor working hard enough.

Chinese people used to find everything outside the country interesting. But when they have had their horizons broadened significantly, Western reporters are still using platitudes and thus are losing their appeal. Since demonstrating Western values is their only feature, these reporters are getting extreme in this respect.

More importantly, Chinese society has grown more confident over decades' development. Many Chinese worshiped everything about the West, especially Western media. But as they now view the West on an equal footing, the charm of the Western media fades rapidly. The scandals of Western media's China correspondents in recent years have also dented their capability of influencing Chinese society.

It takes more time to completely eliminate the asymmetry of information dissemination between China and the West, but this has obviously become a tendency.

If the Western media want to maintain their influence across the world, they need to remove the shackles of Western interests and values and renew their understanding of the essential elements of news: objectivity and truth in consideration of the whole of mankind. In this way they will find out more and broadcast more of what's exciting about the world.