Blind anger will not help France get out of economic and social woes. Riots on the streets of Paris show the bleak French economy and the decline of its manufacturing sector were not caused by greater productivity of other countries including China. They are caused by French people losing the spirit to strive for a better life. They concern their individual interests, but they are not willing to pay for reform. 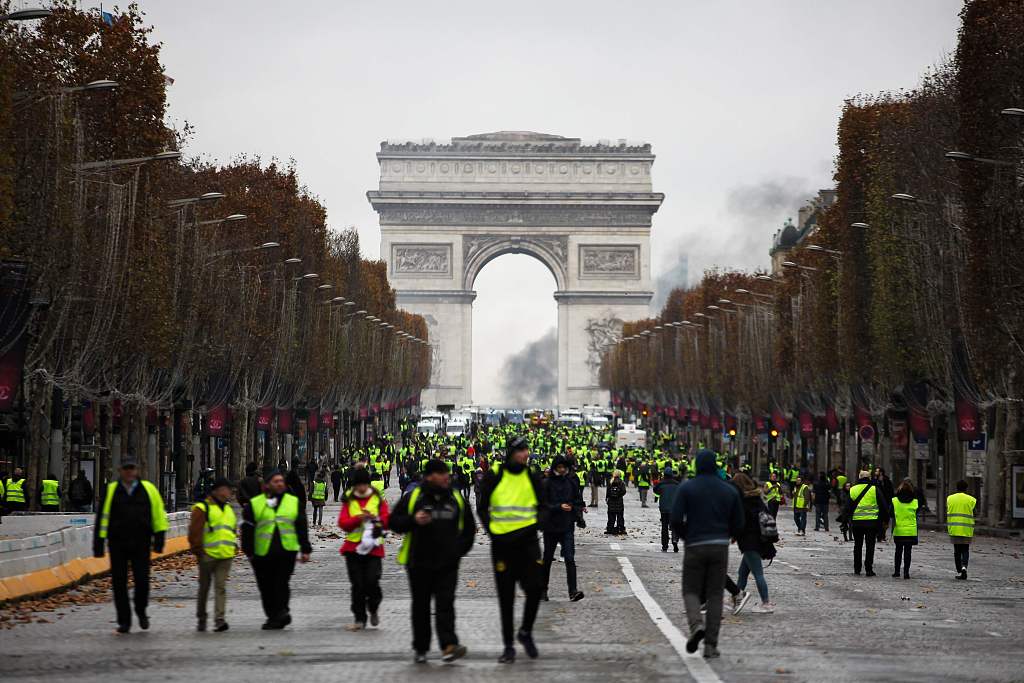 Starting around November 17, protests were initially staged against soaring fuel prices and a new gasoline tax imposed by President Emmanuel Macron as part of France's climate change commitments. But as events escalate, the protests have morphed into wider discontent at the state of France's economy and leadership of Macron, demanding a greater social safety net at a time when France is still grappling with sluggish growth and high unemployment. Protesters hit streets with cars being burned and shops looted, leaving four killed and hundreds injured.

The country has suffered years of anemic growth, high unemployment and budget deficits. Reforms are direly needed to address persistent economic and social problems. Macron has been pushing for sweeping reforms after assuming power, but it seems that the French people are not ready to make sacrifices for reforms.

French citizens live a relatively comfortable life thanks to generous welfare programs under which they are used to taking rather than giving. However, France must reform. Reform will inevitably affect vested interest groups and has a price. There is no free lunch in the world. If citizens only care about their own interests and oppose any reform that undermines their interests, will the country still have hope?

Besides the latest violent protests, a number of street protests broke out in France in recent years, holding back France's reform process. In 2016, strikes that paralyzed the nation forced Macron's immediate predecessor, Francois Hollande, to abandon a modest labor market reform. In 2006, president Jacques Chirac shelved a new youth employment contract in the face of devastating student protests.

Today's France is more known as a country resistant to change. Street protests cannot bring the French people what they want. France has a glorious past built upon the hard work and spirit of sacrifice of predecessors. But the young generation is seemingly forgetting these virtues. When these people hit the streets, their peers in Asian countries such as China, Vietnam and India are in classrooms or factories, fighting hard for their future.