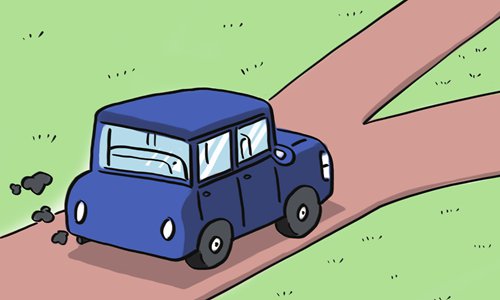 The current situation in Saudi Arabia and the region remains complicated and volatile. A purge by Riyadh of about 200 princes, top officials and businessmen has the region in a flux as Saudi vies for influence with Iran across the Persian Gulf.
As part of a political cleansing campaign, Saudi Crown Prince Mohammad bin Salman has had 17 princes and 38 senior officials arrested, and more than 1,200 bank accounts frozen, marking an important turning point in internal and external affairs.
The new crown prince and his reforms were pushed to the center stage. Promoting reforms and consolidating power became his major focus in the changing situation.
The two are closely related. Since King Salman bin Abdulaziz Al Saud ascended the throne, he abandoned the nomadic tradition of passing down the throne to brothers, abolished two crown princes and named his son Mohammad bin Salman the crown prince. The new crown prince wanted reforms and announced a "Saudi Vision 2030," striving to push change by reforms in national defense, diplomacy, economics and society. He wants to reduce the country's reliance on oil and to promote the diversified and open development of its economy and society.
The prince is the planner, executor and spokesman of the reform, pushing it to cement his position.
The urge to reform and consolidate power did not always develop side by side. Currently, consolidating the crown is more important for Saudi Arabia. For instance, in this anti-corruption campaign, apart from the conservatives who opposed the reform, some people who protested or threatened the crown prince were also caught up. Prince Alwaleed bin Talal, once called Warren Buffett of the Middle East, was also a target of the operation although he has always supported women's rights and the diversification of the economy and society in Saudi Arabia. This suggests that the crackdown on corruption not only intends to clear the hurdles for the prince, but also reveals political upheaval.
While the domestic political situation and regional chaos have pushed the crown prince in the limelight, reforms also brought Saudi to a crossroads.
Reforms aimed at promoting a diversified economy and open society benefit development. In the short term, lifting the ban on women driving can help society become more open and inclusive. For the economy, funds made available after negotiations to buy peace after the anti-corruption drive can help boost the sluggish economy. If the Saudi Aramco IPO goes well, Saudi Arabia's economic dependence on oil will decrease.
In politics, the anti-corruption and political cleansing campaigns can prompt the government to centralize authority and to improve the political atmosphere. In diplomacy, the crown prince's powerful regional policy helps to strengthen the nation's discourse power in the region. In the long term, guided by "Saudi Vision 2030," the country's image will become more moderate and open.
The prince's ambition and vision are so enormous and his reform so radical that it is easy to spark national or regional unrest if this change is not properly managed. Saudi has always been known for its conservativeness and tradition and the beneficiaries of the ideology have become hurdles in the path to reform. The fundament to the prince's power is not stable, and radical behaviors to exclude opponents are easy to backfire, which may aggravate political infighting within the royal family.
Saudi diplomacy is relatively aggressive in the region. After the blockade that it imposed on Qatar, Saudi's tensions with Iran intensified. Although it has not led to a major conflict for now, it has ratcheted up tensions in the region.
Reform is always risky and may perpetrate crises. Where will reforms in Saudi Arabia go? The key to the question is whether the crown prince can slow down, deal properly with conservative barriers and improve the diplomatic milieu in the region. Only by doing so can his vision become reality.