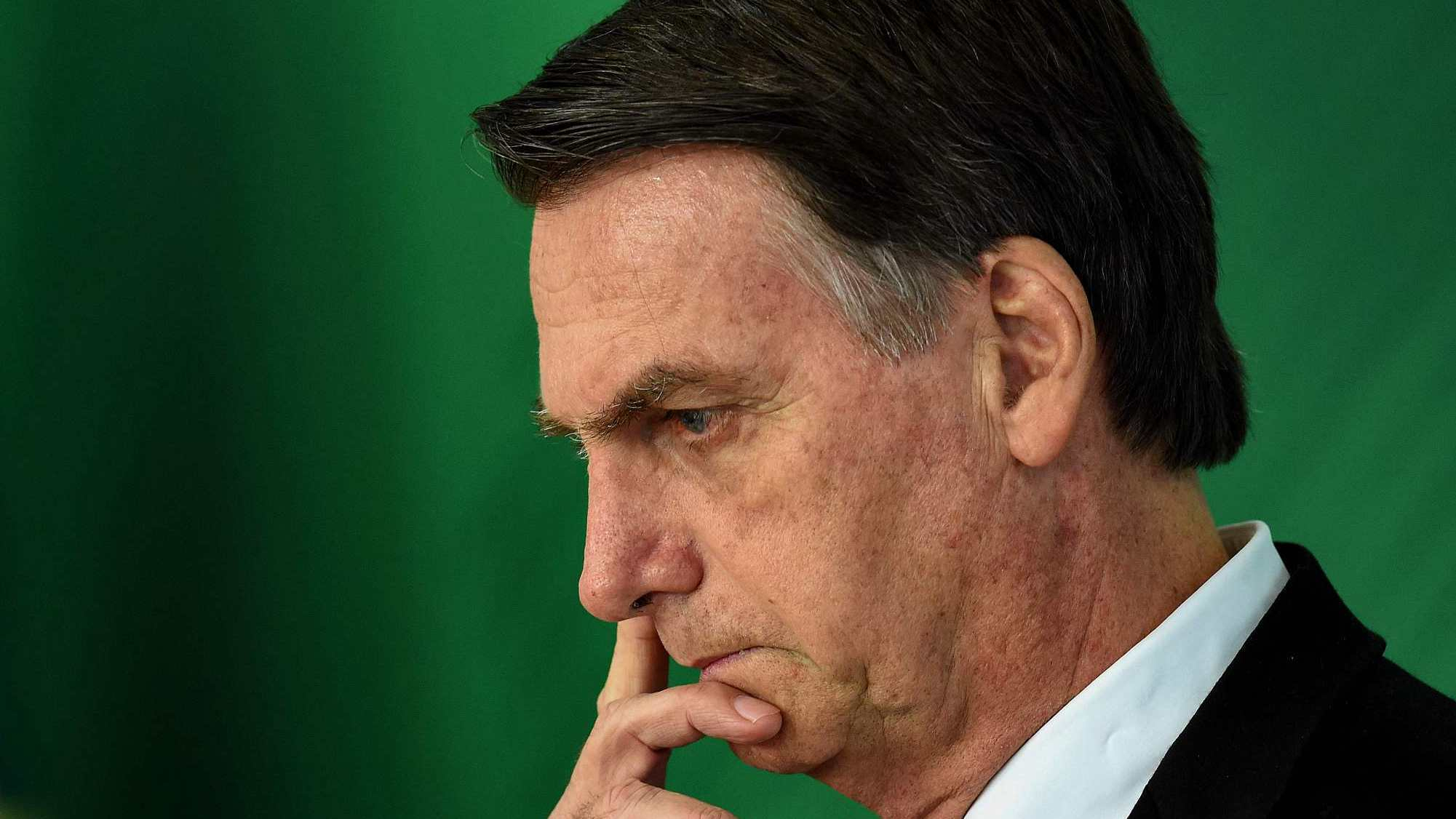 Brazil's President-elect Jair Bolsonaro will assume office on Tuesday. Choosing New Year's Day to hold his inauguration ceremony, Bolsonaro is testing Brazil's friendship with the world – which foreign leaders are coming to Brasilia to congratulate him in person on this special day?

On the other hand, Brazil's right-wing president-elect did not invite any Cuban or Venezuelan official. 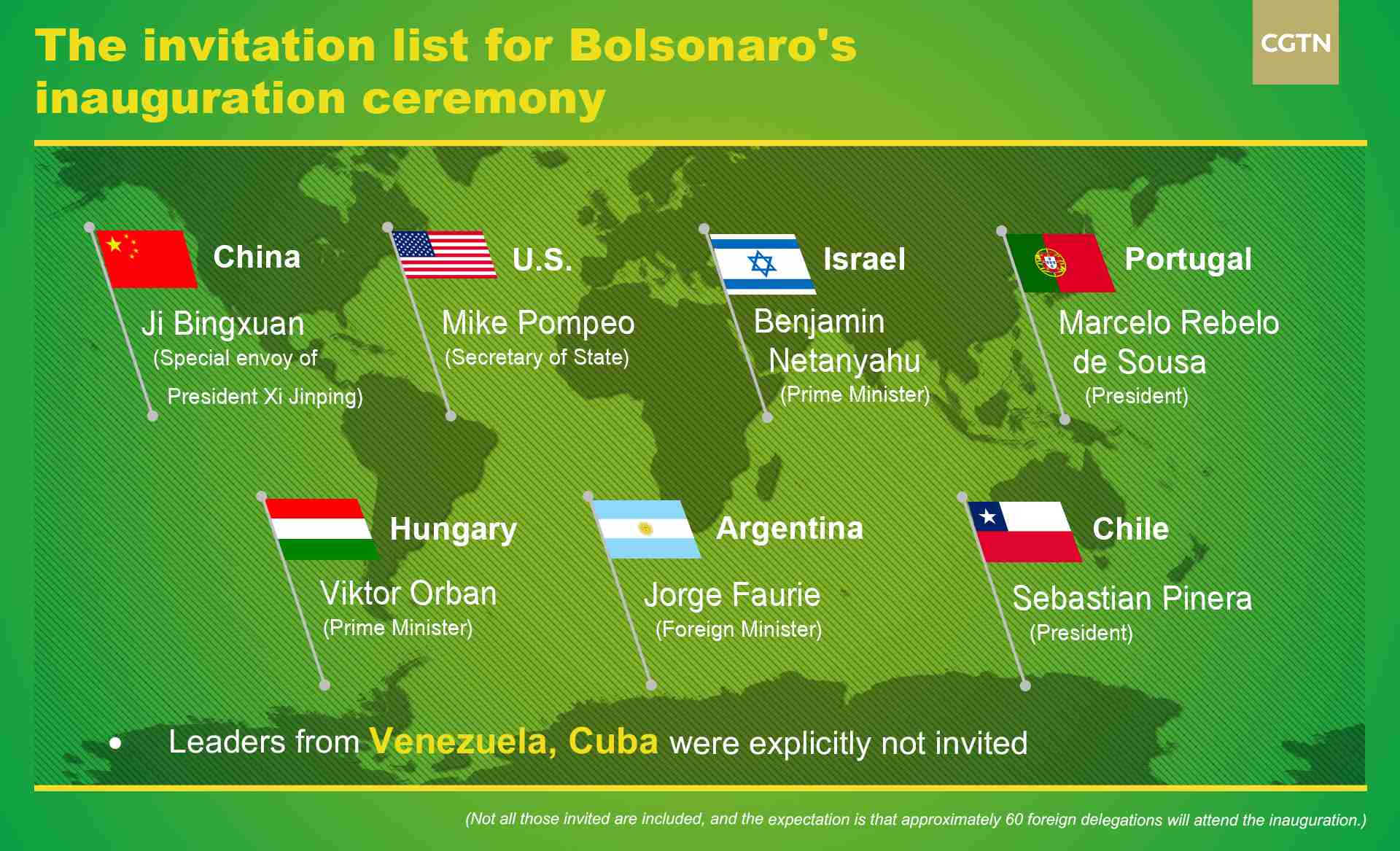 Though US President Donald Trump will not come personally to the ceremony, Pompeo's presence shows enough sincerity.

"We agreed that Brazil and the United States will work closely together on Trade, Military and everything else!" Trump congratulated Bolsonaro two months ago when the far-right former Army captain announced victory in Brazil's polarizing presidential race.

Brazil's relations with the US are developing smoothly as the new leader has said that he plans to align his country's policies with those of the United States. Brazil's incoming pro-America Foreign Minister Ernesto Araujo will also help heat up the temperature between the two sides. 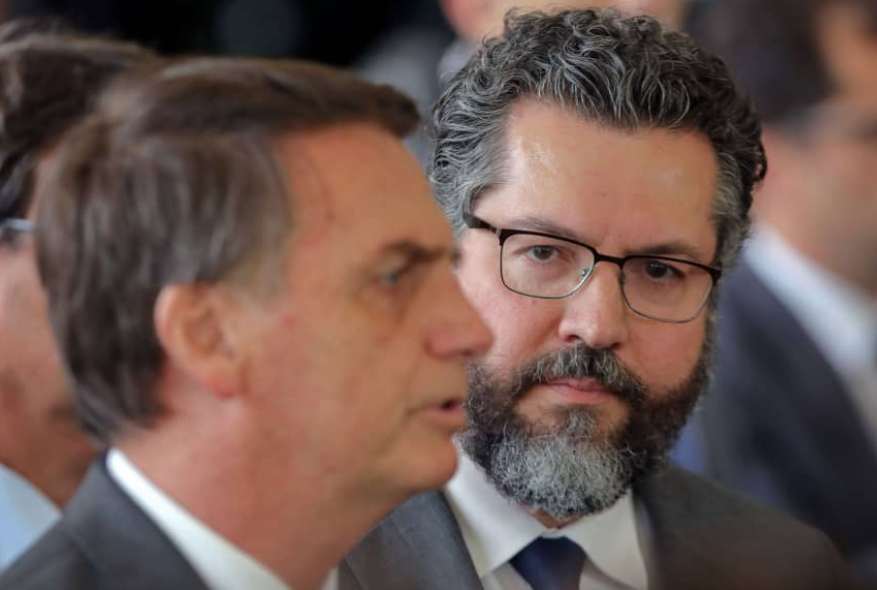 Brazilian President-elect Jair Bolsonaro (L) and his newly-appointed Foreign Minister Ernesto Araujo are seen at the headquarters of the transitional government in Brasilia, November, 14, 2018. (Photo: AFP)

Promising to move the Brazilian embassy in Israel to Jerusalem, threatening to withdraw from the Paris climate deal, and planning a visit to the US in early 2019, Bolsonaro has continued to send friendly signals to the White House.

Netanyahu has become the first Israeli prime minister ever to visit the Latin American country, showing his appreciation for Bolsonaro's embassy move promise.

The prime minister hailed what he said would be a "new era" in ties with "great power" Brazil on his flight before it landed in Rio de Janeiro on Friday.

"More than partners, we will be brothers in the future, in the economy, technology, all that can bring benefit to our two countries," Bolsonaro reiterated his strong feelings for Israel when meeting Netanyahu on Saturday, adding that he expected cooperation with Israel in military and agriculture matters. 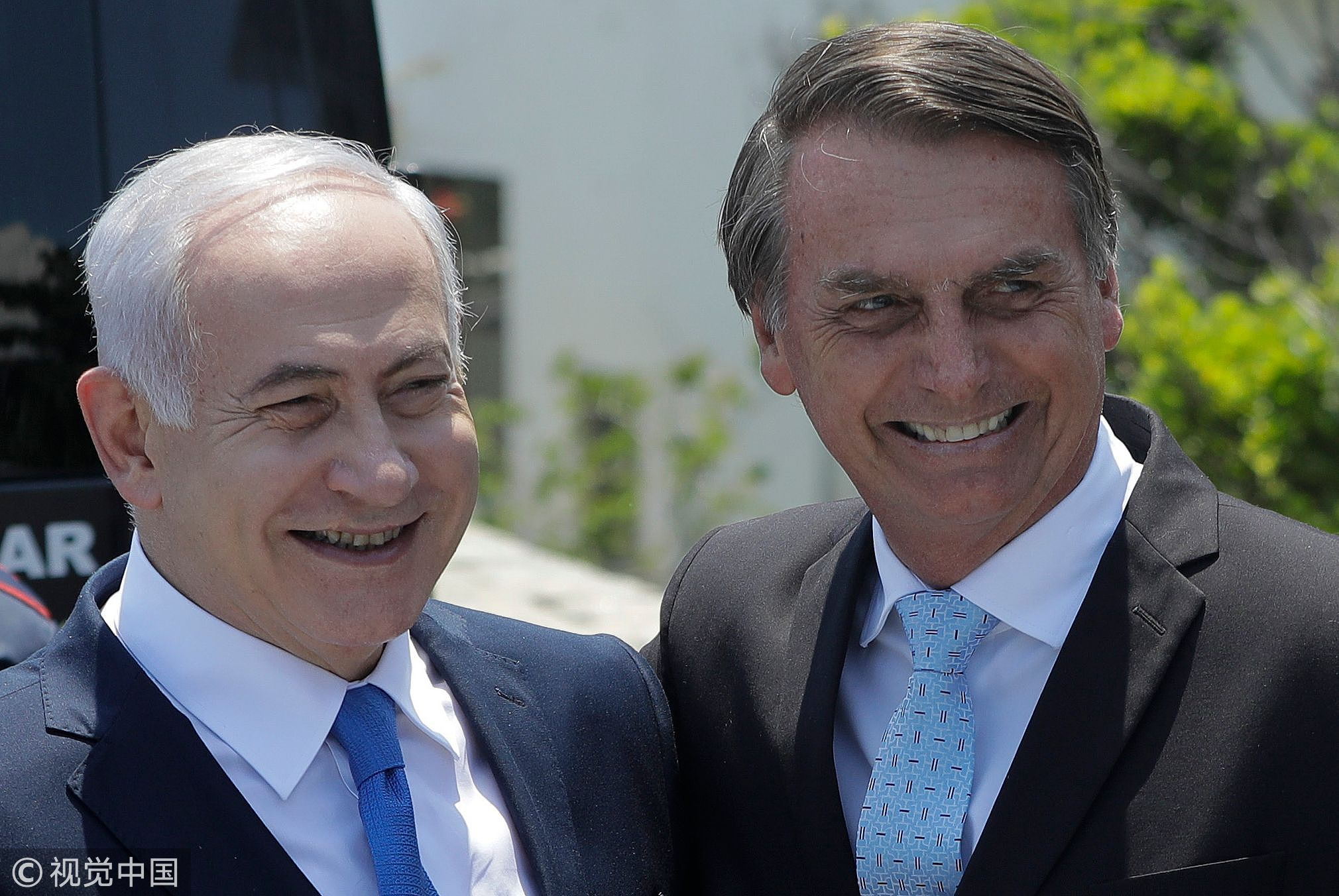 Refuting critics on burgeoning ties with Israel, Bolsonaro said that there is no reason to criticize dialogue, adding that Brazil was interested in the technological services of Israel, likely referring to agricultural tech and cyber security.

Brazil-Venezuela, Cuba: No place in a 'celebration of democracy'

No invitations and no uptrends.

To no one's surprise, Bolsonaro's earlier remarks clearly showed that he had no intention to "talk" with Cuba and Venezuela. 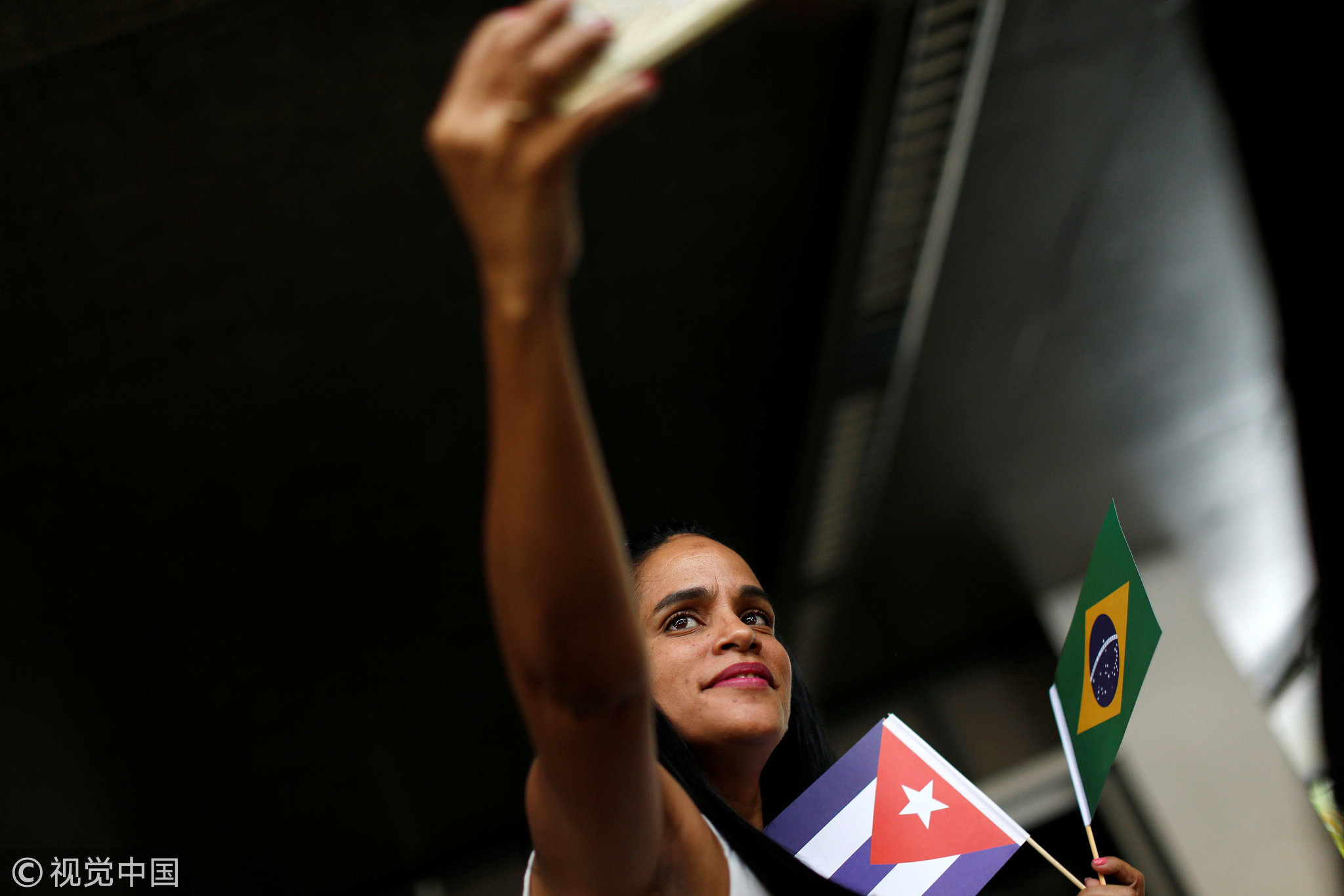 A Cuban doctor takes a selfie as she returns to her home, after criticism by Brazil's President-elect Jair Bolsonaro towards Cuban doctors prompted Cuba's government to sever a cooperation agreement, in Brasilia, Brazil, November 22, 2018. (Photo‍: VCG)

In contrast to Brazil's governments under the leftist Workers Party 2003 to 2016, Bolsonaro said that he would take all actions "within the rule of law and democracy" to oppose the governments of Venezuela and Cuba and threatened to cut diplomatic relations with Cuba because "it trampled on human rights."

Li Hui, an assistant research fellow on Latin American Studies at the Chinese Academy of Social Sciences, told CGTN that Brazil depends on trade with many countries, including China.

As Brazil's largest trading partner in the recent year, China imports soybean, coffee bean, raw sugar, and mineral products, as well as value-added commodities such as airplanes and vehicles from the South American nation.

Professor Evandro Carvalho from Getulio Vargas Foundation's Law School told CGTN that the BRICS summit in Brazil next year will be Bolsonaro's first important international event. "At that time, we will be able to see if he considers BRICS as an important platform to the Brazilian foreign policy," he added.

"The new Brazilian government is willing to deepen cooperation between the two countries and continuously strengthen coordination and cooperation under the BRICS framework," he added. 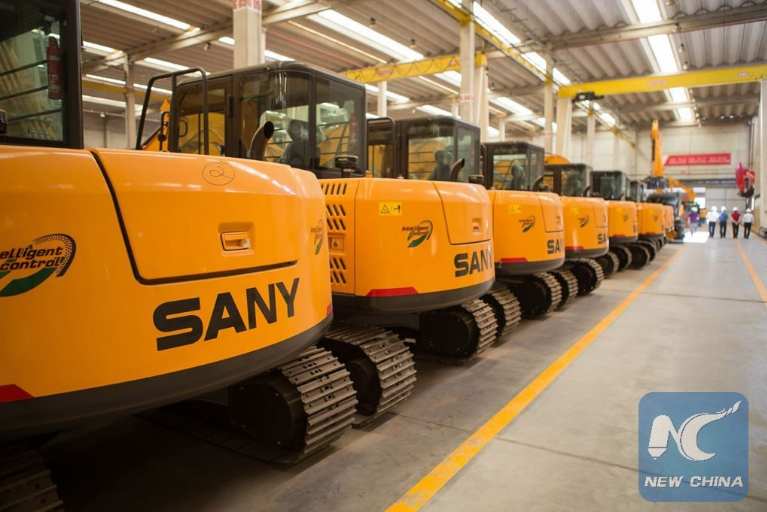 At the same time, China is ready to work with Brazil under the principle of mutual benefit, said the Foreign Ministry when congratulating Bolsonaro on his election, adding that China and Brazil are strategic partners.

"We will free Brazil and Itamaraty (Brazil's Ministry of Foreign Affairs) from the ideological bias to which international relations have been subjected in recent years," Bolsonaro said in a statement on October 28 after being elected president.

Before this pronouncement, few clues were available on his diplomatic thoughts. After Bossonaro and his new government team officially take office on the first day in the new year, how Brazil takes part in the world game will gradually surface.