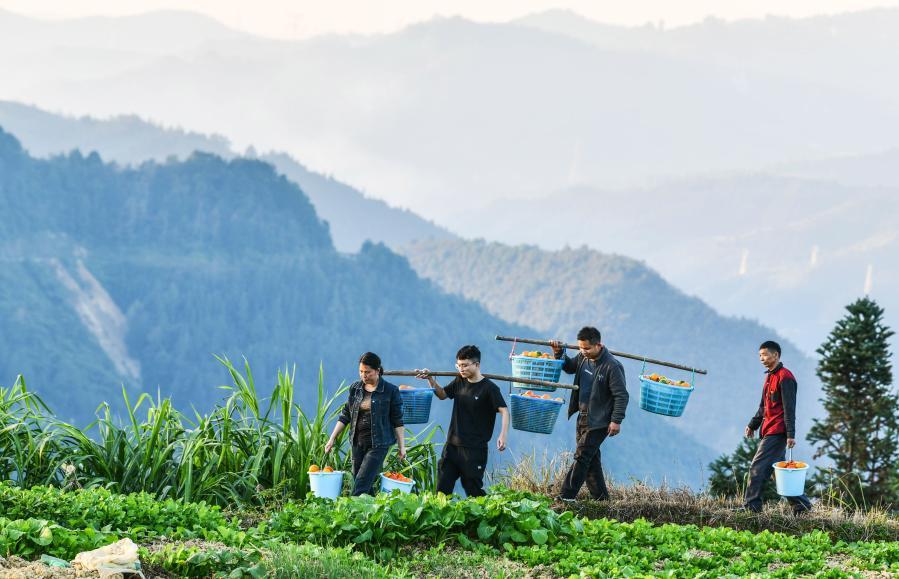 Thursday marks the 100th anniversary of the founding of the Communist Party of China, which provides an ideal opportunity to review the achievements of the world's largest ruling Marxist party, and to look toward its future.

Over the past 100 years, the Party's history has not only been written with courage, wisdom and determination, but also with sweat, blood and tears. Under the CPC's leadership, China has won its national independence, and developed to be the world's second-largest economy. It is now on course to realize its great rejuvenation.

Unlike typical political parties in the West which serve the interests of the wealthy few, the CPC always puts people first and pursues their fundamental interests. It is the Party's flesh-and-blood connection with the people, which has guaranteed it their support both in good times and bad times.

The deep trust the Chinese people have in the Party and the hopes for a better life they have pinned on it have in turn inspired the Party to spare no efforts in improving its intra-party governance and governance capacity. This is a continual process of self-adjustment in which it has constantly enhanced its ability to adapt Marxism to the fast-changing actualities of China.

That explains why the Party, with more than 95 million members, is still full of vitality and radiating rays of hope.

The revolutionary spirit with which it renews itself and the selflessness ingrained in its genes have been passed down from generation to generation among the Party members, attracting talents from all walks of life to join it, as history has proved that joining it is the best way to serve the people and the country.

The daunting difficulties China has overcome under the leadership of the Party in pursuit of national reunification and rejuvenation have only served to consolidate the country's and the Party's determination to safeguard China's development interests, fight for a fair international order and contribute to world peace and development.

And apart from its own and the country's development, the Party has also produced development dividends for the world thanks to a set of theoretical breakthroughs that have successfully guided its practices, Xi Jinping Thought on Socialism with Chinese Characteristics for a New Era being the latest fruit of the Party's successful localization of Marxism in China.

With General Secretary of the CPC Central Committee Xi Jinping as the core of its leadership, the Party has answered, in both theory and practice, not only the question about what kind of socialism with Chinese characteristics should it adhere to and develop in the new era, but more importantly how to do that.

As such, the Party's leadership, the path of socialism with Chinese characteristics and the people-centered development model will be adhered to, so that the Party and the country can continue to stand on the right side of history, and make greater contributions to the well-being of humankind through the pursuit of national rejuvenation and the building of a community with a shared future for humankind.