OPINIONS Boosting demand is the key to recovery

Boosting demand is the key to recovery 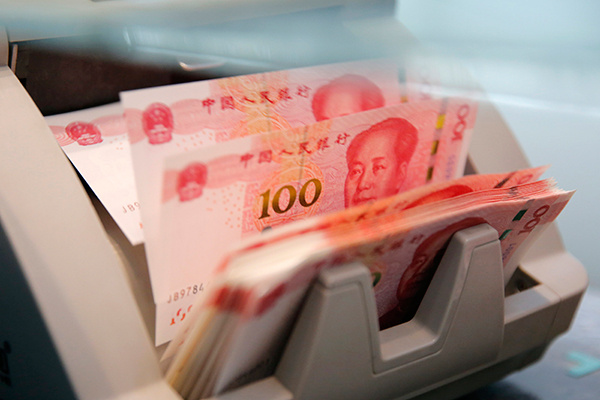 Chinese 100 yuan banknotes are seen in a counting machine at a bank in Beijing, China, March 30, 2016. [Photo/Agencies]

The novel coronavirus outbreak has hit China's economy hard. For the first time since 1978, China's economy registered a sharp drop on all major economic indicators in the first quarter of 2020. In particular, GDP shrunk 6.8 percent and retail values dropped 18 percent year-on-year. Yet the economy showed signs of recovery in April－for example, value added of large industrial enterprises in April grew 3.9 percent year-on-year.

Yet despite exports growing 8.2 percent year-on-year in April, absorbing the extra output produced by the industrial sector, most analysts say the export growth cannot be sustained. Last month's growth was boosted mostly by China's export of medical supplies to other countries, which may flatten out when production of such products pick up in other countries.

Sustained recovery, therefore, depends on domestic demand, so more efforts should be made to raise demand. Last month also saw retail values and investment decline 7.5 percent and 10.3 percent year-on-year respectively. Which begs the question: Why is the demand side recovering at a much slower pace than the supply side?

First, the novel coronavirus has not disappeared and people are still reluctant to venture out for shopping. In fact, most of the shops and retailers have regained less than half of their business.

Second, the outbreak has reduced people's disposable income, not least because many of them have lost their jobs. The urban unemployment rate increased from 5.9 percent in the first quarter to 6.0 in April, and about 25 million workers have returned to their countryside homes and 75 million people now work from home, many of them on reduced salaries.

However, the government has announced fiscal and monetary policies to stabilize the economy. On the fiscal side, local governments have been encouraged to increase investment in infrastructure, and many city governments have distributed consumption coupons among residents to boost consumption. On the monetary side, the central bank has increased liquidity supply, particularly to smaller banks that are more inclined to issue credit to SMEs. Yet these measures, although necessary, are not enough.

Investment in infrastructure increases demand but doesn't provide direct help for people who have lost their jobs. Creating more jobs is one of the top priorities of the central government. But the construction sector is no longer creating as many jobs as before, especially due to the fast pace of mechanization. During normal economic recession, increasing liquidity boosts companies' incentive to invest for the future, but this is not a normal recession.

The most serious challenge for companies today is the lack of orders due to declining consumption. Liquidity is useless when a company does not produce anything. Consumption coupons do help boost consumption, but not all cities governments have issued coupons that have issued are small in number. Besides, they have not been distributed among people who need them most.

So the central government should directly transfer cash to low-income and jobless people aside from giving them consumption coupons. This approach will kill two birds with one stone. It will help low-income households to get by these difficult times, as well as boost consumption. Since low-income people desperately need money to sustain their households and many of them have borrowed money to do so, there is no need to worry that they will deposit the government dole in banks－instead of spending it－and not increase consumption.

Rural workers need special attention, though, because unemployed workers in cities are covered by urban unemployment insurance plans while jobless rural workers are not. Rural workers are counted as urban residents as long as they stay in a city for more than 180 days of a year. But they don't automatically qualify for social security benefits offered by city authorities. While some of them have been included in the pension and healthcare systems, only a few know how to seek unemployment benefits. This problem needs to be addressed.

How much cash should be transferred to individuals? While the exact amount is for relevant governments to decide, at least 2,000 yuan ($281.23) to every affected adult and 1,000 yuan to every affected child seems appropriate given that the outbreak has affected people's livelihoods for more than three months. The government is planning to issue special bonds to expand investment, and it is recommended that part of the funds thus raised be used for cash transfers.

Although many people in China believe that cash should not be transferred to individuals because it could encourage laziness among people, the cash transfer proposed here is a one-time measure and hence it would not change people's long-term incentive to work. And since China will become a moderately well-off society this year or next, this is probably the right time to bring all citizens into the social safety net.

The author, a Cheung-Kong scholar and liberal arts chair professor, is the dean of the National School of Development, Peking University.