OPINIONS Bottom line must be respected despite of hotlines

Bottom line must be respected despite of hotlines 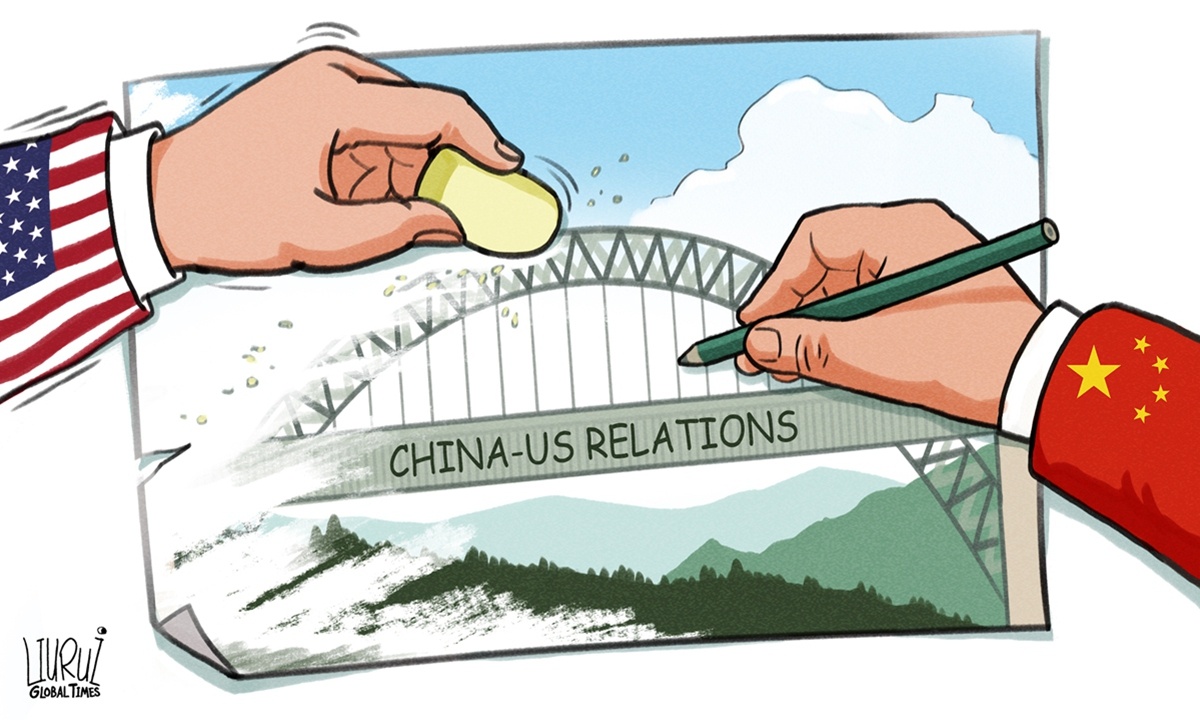 Last week, US Indo-Pacific Coordinator Kurt Campbell said that China is not interested in using the hotlines between the two countries. Thus, he suggested that China should "rethink their previous ambivalence" about some of the China-US mechanisms of crisis communications, The Guardian reported.

According to an article published in Foreign Policy magazine, entitled "Biden Looks for Defense Hotline with China," Campbell's remark has thrust the desire for an improved hotline into the spotlight.

Three new tendencies are now seen in today's military interactions between China and the US. First, political distrust between the two sides has led to military jitters and suspicions. Second, the US has increased its provocative efforts on issues involving China's core interests such as the Taiwan question. Third, the US has increased its close reconnaissance on China in order to prepare for military conflicts with it.

From what is mentioned above, it is easy to understand why there is a military hotline between China and the US. Yet it is not implemented according to the previous agreements signed by the two countries. It is not as if China does not want to use the hotline, as Campbell said. The truth is that China has no way to use it.

Beijing has been hoping that the relevant agreements signed with Washington would be guaranteed to be implemented. But China is now facing challenges from the US. Washington is constantly creating problems for Beijing regarding its core interests. With no mutual political or military trust, China finds it impossible to use the so-called military hotline to avoid possible conflicts between the two militaries. Ergo, the responsibility is entirely on US' side. As a matter of fact, it is Washington that has put the implementation of the agreements on hold.

Moreover, certain problems can no longer be solved through dialogues over military hotlines. For example, the US' close-in reconnaissance off China's coast has become routine, as it sees China's People's Liberation Army (PLA) as an adversary or even an enemy, and the rapidly deteriorating bilateral relations, as the US continues to interfere with China's core interests on the Taiwan question.

The Foreign Policy article further argues that "instead of seeing a formal crisis communications channel as an insurance policy against a hot war, Chinese officials may view the guardrails as a sign the United States is willing to countenance greater military risks in the region." Washington should indeed face up to the fact that the potential for military conflicts in the Indo-Pacific region is increasing. This is not because of China, but because of the US.

Washington's intentional support for so-called free navigation rights in the South China Sea and for the secession of the island of Taiwan has led to major instability of the region. China certainly knows that hotlines are used to prevent hot wars. But hotlines cannot prevent the US from deliberately preparing for military conflicts. As Washington continues to intensify its preparations and provoke bigger regional conflicts, the PLA is forced now to get ready to respond accordingly.

It doesn't matter if US President Joe Biden really intends to avoid crossfire with China by actively promoting a quick and effective China-US military hotline. By no means, can he change the US conservatives' agenda to contain China. If the US conservatives and military officials keep regarding China as a rival or a potential enemy, no military hotlines of any kind will prevent a major crisis between the two countries. Even if the Biden administration wants to adopt Obama era's strategy of engagement plus containment toward China, these efforts will be constrained by the US domestic politics.

Cooperation between China and the US is mutually beneficial, while conflicts benefit neither. Both countries should avoid challenging each other's core interests. China has effectively abided by the principle of not harming US' interests. But it will not allow Washington to use its hegemony to interfere with its core interests either. This is China's bottom line.

Nevertheless, we need to create a practical and effective communication mechanism between China and the US. This should also be something that both militaries can adhere to. The establishment of such a mechanism can prevent miscalculations between the two sides. In this way, they can take a coordinated position on many issues to avoid possible conflicts.