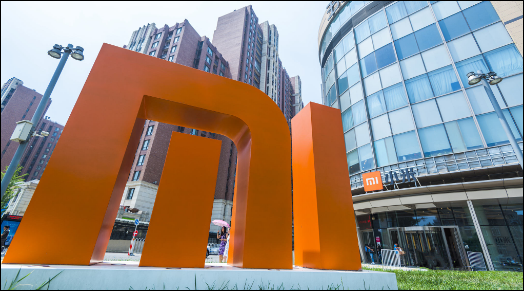 The increase of China's economic clout has gone hand in hand with the rise of a number of corporate titans.

This is cause for celebration, to be sure, but cheering on these behemoths should not blind us to their shortcomings: Many are still stuck near the bottom of the global value chain, desperate for the next rung up the ladder.

This is because they have yet to make brand values part and parcel of their brand-building efforts.

An example is the advertisements of Chinese brands in the Economist magazine over the past five years, ranging from Huawei to China Southern Airlines, from China Construction Bank to real estate group Dalian Wanda.

A problem with these ads is that they played up the functional properties of specific products and services while failing to articulate brand values by building emotional ties with target consumers.

There is every reason to do so. Consumers are likely to identify with brands whose symbols and connotations strike a chord with them.

So how do Chinese brands go about formulating brand values and ultimately, move up the value chain?

To begin with, they might appeal to some of the universal values underlying both Chinese and Western societies.

According to psychologist Shalom H. Schwartz, humans, despite their nationalities, share 11 basic values like benevolence, achievement and hedonism. This means we actually have more in common than what divides us.

Brand values, to some extent, are human values writ large, in part because they essentially reflect the qualities consumers desire, and these qualities often overlap.

For example, a recurring theme of Coca-Cola's marketing campaigns in China over the years is the sharing of happiness. This has been echoed by White Rabbit, a Shanghai-based milk candies brand.

One of its most iconic commercials depicts a girl distributing candy to people agonizing over long lines in front of a restaurant. The tagline? Sweetness can be shared to relieve anxiety.

Should this commercial be aired to a Western audience, the messages are likely to be picked up just as quickly, as the sharing of happiness knows no geographical or linguistic boundary.

If anything, the White Rabbit ad suggests that Chinese firms can capitalize on elements that resonate across the world.

But aside from building on commonality in human emotions, brands ought to tap into the different symbols of their countries of origin.

And this proves to be a big area where Chinese brands can differentiate their brand values with Western peers' – and gain a possible edge along the way.

For example, a survey from 2010 to 2016, undertaken by a group of researchers I led at the East China Normal University, looked at how 889 respondents from 18 advanced economies in Europe and North America, as well as in Cameroon and Shanghai, would describe China using three keywords.

The three words topping the list, as it turned out, were typical traits of an Oriental culture: "friendly", "historical" and "traditional". By contrast, adjectives like "innovative", "enterprising" and "dynamic" – more often associated with the West – were way down the list.

This survey indicates that values like traditions and benevolence are still among the brand associations related to common perceptions of China.

However they would like to project an image of the country as an innovation powerhouse, brand managers may do well to continue to cash in on historical symbols of China.

In concrete terms, the creation of brand values often goes down to alignment with qualities that target customers look for in brands.

Take Shanghai General Motors' Buick cars as an example. After extensive market research, the car brand identified its core value as “the search for excellence.” This message played out clearly in TV ads depicting the typical workday and family life of an aspiring white-collar employee.

Another way of conveying brand values is by marrying the personal values of charismatic business leaders to the ethos of the companies they founded or head.

Dead or alive, Steve Jobs is to Apple as a captain to a ship. The same goes for the relationship between Mark Zuckerberg and Facebook, and Konosuke Matsushita and Panasonic. They are so idolized that they've become cult figures, so much so that users buy into whatever they say – and later, into the brand values of their biggest spokespeople.

China has a cohort of similar leaders, such as Jack Ma of Alibaba and Dong Mingzhu of the home appliance maker Gree. Their personal values unfailingly inspire and shape the companies, regardless of their departure or death one day.

Lastly, although the “Made-in-China” label is widely seen as a liability holding Chinese businesses back, we are glad to see the country's long history, rich culture and philosophical tradition still are a source of widespread infatuation in the West.

The name "Shangxia", literally "up and down", hints at a desire to serve as a proverbial bridge between China's past and present, East and West, art and life and man and nature. The name itself speaks volumes about the brand values it stands for.

In a word, when corporate brand connotations and the symbols of China are in harmony, synergies can be expected.

Chinese symbols can be made to enrich Chinese brands in their quest to become global. Successful corporate branding can, in turn, lend itself to the growth of the country's soft power.