OPINIONS Brexit to affect plans for RMB in Europe

Brexit to affect plans for RMB in Europe 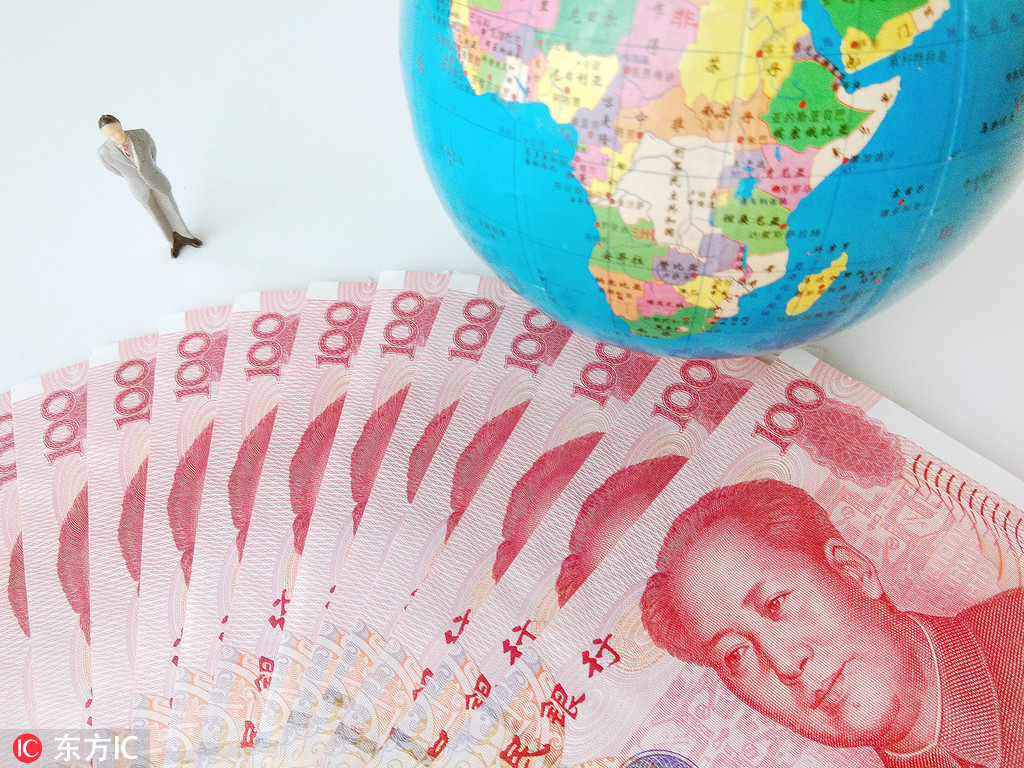 During the past three years, Brexit has had the world economy worrying. With the new UK prime minister taking office recently, the possibility of a no-deal Brexit has increased, raising concerns. Both the United Kingdom's and Europe's economies are showing signs of slowing down, according to newly released data. For China, which is far away from Europe and has obviously not been affected by Brexit, it's worth watching the process.

Given that the renminbi's current international status is not fitting for the currency of the world's second-largest economy, China has made RMB internationalization one of its strategic goals. London, as a global financial center, has contributed a lot in this respect.

Since the RMB, or yuan, is not freely convertible, currency swap is an important way to promote internationalization. In June 2013, China and the UK signed a currency swap agreement worth 200 billion yuan ($28 billion), which was increased to 350 billion RMB in October 2015.

The UK government played a supportive role in the issue of RMB-denominated bonds. In 2014, it became the first foreign government to issue RMB-denominated bonds, and deposited 3 billion yuan from the bonds into its Exchange Equalization Account, which had previously dealt with only international currencies, such as US dollars, euros and Canadian dollars. This move is seen as recognition by the UK that the RMB is already an international currency.

The UK supported the RMB in international financial organizations, including its inclusion in the special drawing rights basket of the International Monetary Fund, a key milestone in the journey toward internationalization.

London is important because of its status as a global financial center. The question is whether it will remain so after Brexit, particularly a no-deal Brexit.

So far, it's far from clear how the UK will leave the European Union, even after Boris Johnson's recent visits to Berlin, Paris and Biarritz, France. But it is possible that the UK might lose free access to the European Union's single market, one of the key factors that helped forge its status as a financial center.

Many large financial institutions around the world choose to access the European market through Britain.

Britain is expected to try to bargain to maintain its access to the single market, but this is a tall order, particularly with Prime Minister Boris Johnson's tough Brexit policy. The Markets in Financial Instruments Directive, launched by the EU in 2014, stipulates that financial institutions from "third-party countries" that want to operate in the EU should be recognized by the European Commission.

In other words, the UK will have to follow stringent European financial regulatory rules, something that will be difficult for the UK to accept, since it has always favored relaxing regulations.

The UK will also face stiff competition from the European continent.

Britain will prioritize safeguarding its status as a financial center, which presents new opportunities for China-UK monetary cooperation. China could take this opportunity to improve cooperation and carry out more RMB business in the UK.

Without a clear scenario about Brexit, it is too early to arrive at a clear picture of financial centers in the future. For example, there could emerge one single center or a number of competing centers.

However, it is certain the eurozone will work harder on building up its financial capacity and improving cooperation with the rest of the world. China can work with any emerging financial center to conduct RMB business. As the saying goes, opportunities emerge from a crisis.