BRI an 'anchor' for Kazakh economy 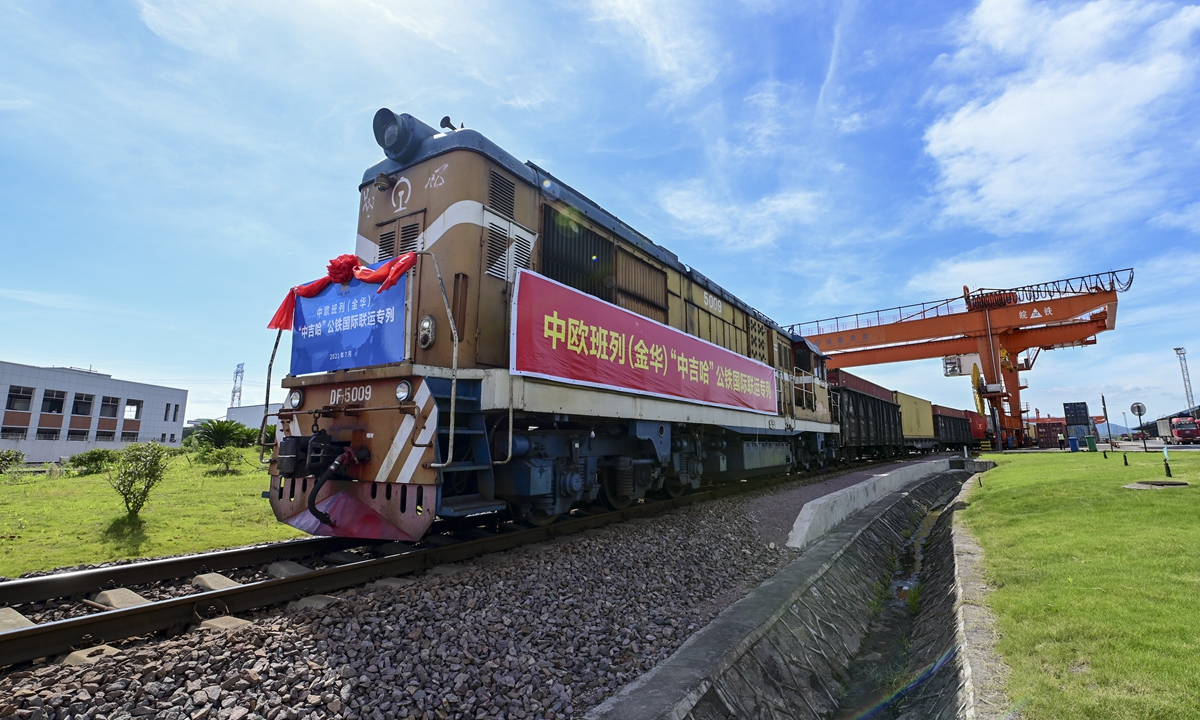 Chinese President Xi Jinping's official visit to Kazakhstan has aroused keen interest among the Kazakh public. The fact that the Chinese leader began his first overseas trip since the onset of the COVID-19 pandemic in Kazakhstan draws attention both to bilateral relations and to the context of the international situation in general. Xi's visit to Kazakhstan is perceived as a confirmation of the strategic importance of Kazakhstan for China.

Kazakhstan is where Xi first proposed the Belt and Road Initiatve (BRI) back in 2013. Kazakhstan's leadership is positive about the results of cooperation under the BRI. The China-proposed initiative coincides with Kazakhstan's industrialization program, Nurly Zhol (Bright Path). The cornerstones of this infrastructure program is a list of over 50 priority projects of bilateral industrial-investment cooperation, and in this regard, the BRI has become an "anchor" for Kazakhstan's policy implementation.

We can see a clear trend and a new stage of BRI development is being actualized: that is transition from support of single projects to creation of a stable ecosystem, transparent and common rules for all investors.

Kazakhstan has received notable dividends from participating in the BRI. In particular, it increased the diversification of the economy by shoring up the manufacturing industry. Through the mechanisms of inter-governmental agreements signed with China, Kazakhstan has the opportunity to structure the investment flow and direct it in the right direction. For example, 52 of the priority projects include mechanical engineering, energy (oil refining and green energy), chemical industry, food industry and agriculture.

The diversification of Kazakh exports has also increased through the supply of non-oil goods to the Chinese market, from rolled steel and ore to agricultural products. With the help of Chinese investment, Kazakh authorities are addresing the development of less economically developed provinces.

Transport projects were also a breakthrough for Kazakhstan-China economic relations in the 2010s. The main goals were to provide transit traffic and create infrastructure for resource transportation. To date, Kazakhstan and China have effectivley partnerned on these tasks.

Natural resource infrastructure is also in place - the Central Asia-China gas pipeline and the Kazakhstan-China oil pipeline were created through the efforts of Chinese companies. The railway network, which facilitates transit routes to Europe, also allows importing Central Asia metals and ores mined in the region to China.

Three main routes for transporting goods to Europe have been identified: the northern route through Kazakhstan and Russia, the middle route through Kazakhstan, the Caspian Sea and the Caucasus, and the southern route through Kyrgyzstan, Uzbekistan and Turkmenistan. Transit traffic in the northern route is organized and uses quality infrastructure, but it has been subjected to geopolitical risks throughout this year. Therefore, the next stage is to create alternative routes across the Caspian Sea and to the south of Central Asia.

Joint efforts are also focused on road infrastructure. The main goal is to increase the connectivity of the border regions of Central Asian countries with Northwest China's Xinjiang Uygur Autonomous Region. Projects in this area, such as Kazakhstan's "Western Europe-Western China" highway, are implemented with the help of international grants, and Chinese companies acting as contractors. In particular, Chinese companies are constructing highways in the south of Kazakhstan.

Xi's visit to Central Asia comes as significant changes is taking place in the political environment and the socio-economic sphere of countries in the region. Equally important is the international context.

Competition between the world's poles of power is intensifying, and countries in Central Asia are trying to see out the current strategic challanges. Central Asia is experiencing a population explosion, while the region's economies are stagnating and need new incentives to grow, create jobs, and find sources of income. From this point of view, China is almost an irreplaceable partner, and countries in the region need interaction with the Chinese economy.

At the same time, China's interests in the region should not be underestimated. This includes the ability to obtain natural resources not from across the distant seas, but across the land border, and new markets for investment by Chinese companies, including technology companies. In this sense, Central Asia is also a region of opportunity for China.

Central Asia and China are interested in joint development, and any alternative scenario would mean a sharp deterioration in the prospects of each side. The current global turbulence has pushed both sides to cooperate closer with each other.

The Shanghai Cooperation Organisation (SCO) has created a platform for Central Asia's interaction with China, which now extends beyond the organization. And the main result of more than two decades of SCO development can be considered opening interaction between Central Asian countries, Russia and China.

The SCO makes it possible to solve the problems of the region without the interference of external forces, and in the future it may lead to the formation of a new security architecture in the Eurasian space. The SCO, as an organization on the Eurasian scale, opens up the potential of Eurasia and ensures synergy between its various parts. Within the SCO there is an opportunity to work out common solutions to problems, taking into account the positions and interests of both major and regional countries.

The article was compiled based on an interveiw with Anton Bugayenko, chief expert of the Chinese and Asian studies program under the Institute of World Economy and Politics in Kazakhstan.